When is a Vaccine not a Vaccine? Update from the Vaccine War Front 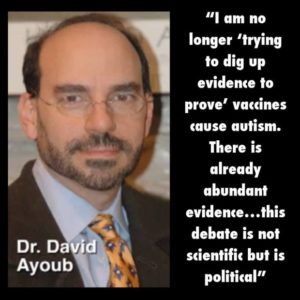 Jim Stone, independent journalist, updates us from the vaccine front. He provides a few sources, as well as his opinion.
The globalists want to shoot us up and take us down any way they can—and not just the kids.
Jim says some of the vaccines are not actually vaccines; they’re outright bioweapons.
He tells us the freakazoids are now labeling these as “vaccines” and therefore people are accepting them willingly. Just their style, isn’t it? Lie about it so the sheep go along without objection.

If you are going to destroy western civilization without actually shooting people with bullets, the best method is to take trusted institutions and use them to destroy people. It will take people decades to believe it actually happened and by then it will be too late. They are three decades into this now.

Doctors and nurses don’t always know, so they are not technically complicit, but some know. People should have listened to the nurses who were fired because they refused to get a vaccination for themselves.
There’s your clue—that, and the fact that the globalists don’t vaccinate themselves or their children. Our bodies have superior natural defense systems if left to themselves to do their job. That is the role of a properly maintained immune system.
We’ve recently seen the “paralysis” in the US, and Bill Gates’ “polio” shots paralyzed 48,000 kids in India which has since seen litigation. This is a real threat, folks.
There is a modicum of good news below, however. Antidotes exist.
Jim’s site suffered a lot of hacking so the formatting may be wacky.  ~ BP 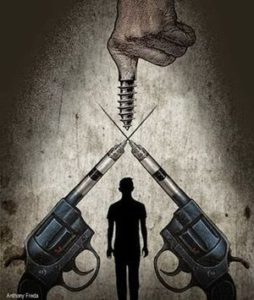 April 1 – 3, 2019
THE “ELITE” ARE NOW POSTING VACCINE CRAP LIKE THIS:
“Anyone who is not vaccinated is a lethal threat to me and my family. Can I legally shoot any anti-vaxx tard who comes close to me or my kids?
I have already told the school that my kids won’t attend the class until each and everyone us vaccinated. I will sue the school and state for every school day they miss.
HERE IS THE APPROPRIATE RESPONSE: If you are vaccinated, you cannot be threatened right? Therefore you are a BULLSHITTER trying to get everyone to accept a eugenics shot. YOU ARE A THREAT, and rather than harass a school over YOUR bullshit, if you manage to successfully threaten my kids or me or anyone else I know, you’ll be shot instead.


If anything is wrong with the top set of reports below (before all the repeats start) including obvious HTML errors, grammar errors or spelling errors, including missing words it only means they nailed it again, I cannot keep ahead of it, I give up.