Update: Web Cam records an extraordinary sighting of a fleet of UFOs on Abisko

Update: Web Cam records an extraordinary sighting of a fleet of UFOs on Abisko 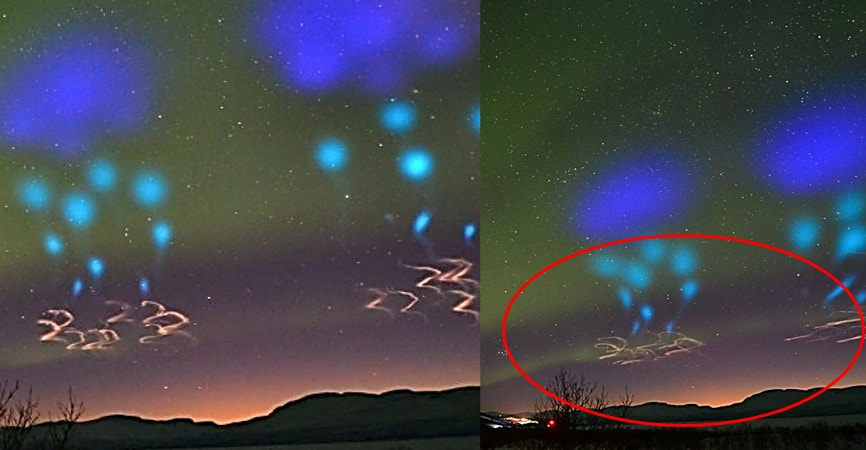 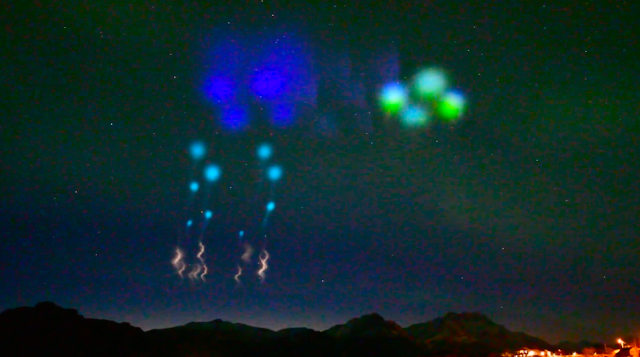 An person walked out onto their patio and expected to see the aurora borealis, but instead caught sight of a UFO fleet coming in for a landing as they entered an underground base.

First the eyewitness sees four giant glowing green orbs. These then create four mini green glowing UFOs below them. The it continues until only a wavy orange line can be seen heading to the ground.

This is not a typical alien visit to an underground base that we are seeing here. What you see is an important delegation party of representatives of high status in their culture...very possibly of royal blood. This is a traditional landing meant to say very important people are on their way to your base. The message is not meant for us, but for those aliens already in the underground base.

This is extraordinary, but my first UFO sighting I ever witnessed were similar balls of light in the skies over Rapids City, South Dakota back in 1989. But this new sighting is clearly more significant due to the ritual dance that the UFOs use as they deliver  the important people to the base below. We should be honored to see such a thing in our lifetime.

Now the important question thats on everyones minds...why would an alien of such importance and power come to Earth? I would guess that they have some serious matters to attend to regarding our planet or humanities future.
Scott C. Waring
https://youtu.be/vivPeGr7re8 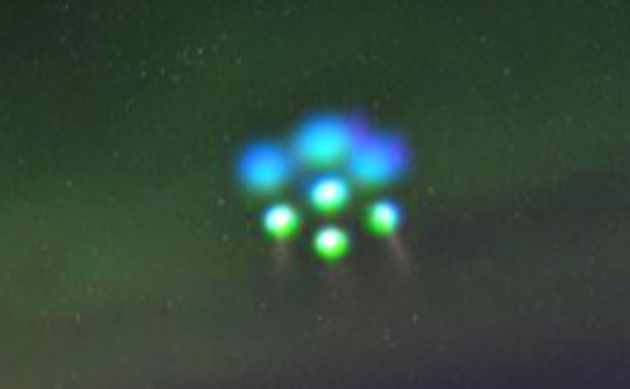 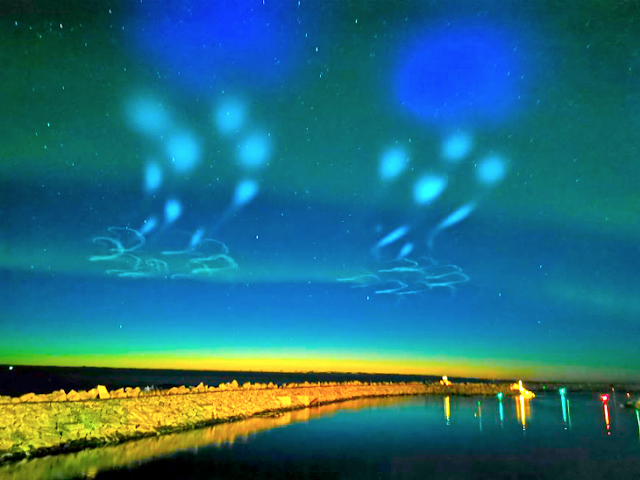 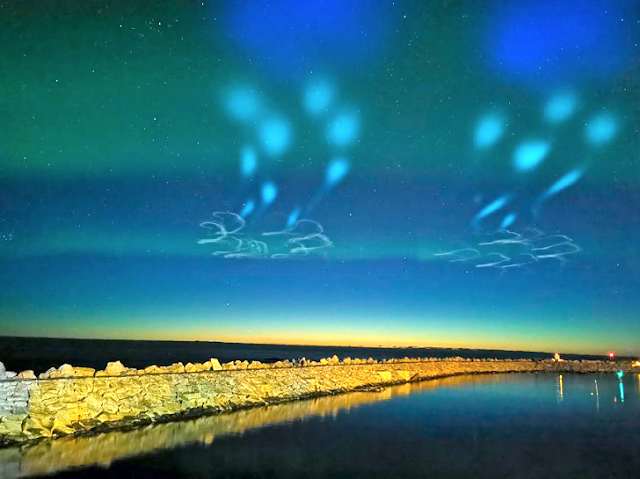 
On April 5, 2019, in Norway, researchers at the Andøya Space Center launched two sounding rockets into a minor geomagnetic storm. The results were out of this world glowing blobs of blue and purple caused by the rockets dumping chemical powders into the storm: Like the UFO invasion lightning up the sky. Picture by Frank Olsen via Facebook
“Residents for hundreds of miles were taken by surprise by these strange lights, which prompted calls to the police and ‘The aliens are coming!’ hysteria!” says Chris Nation who runs the Aurora Addicts guiding service. Mysterious glowing blobs of blue and purple after chemtrailing northern lights on April 5, 2019. Photo by Kim Hartviksen of Aurora Addicts
When the night began, Nation, Hartviksen, and their clients were treated to a display of auroras, ignited by a stream of solar wind buffeting Earth’s magnetic field. ROCKETS DUMP CHEMICALS INTO NORTHERN LIGHTS. Picture by Frank Olsen via Facebook
“As the auroras started to ebb away, our friends at Andøya launched their rockets into the fading lights,” says Nation. The results of these sounding rockets from Azure experiments were out of this world. Picture by I need Space via VK
“The show began anew as the rockets released their payload into the upper atmosphere.“ Yes, we are not alone. Picture by O.C.Salomonsen
An automated webcam operated by Chad Blakely of Lights over Lapland in Abisko, Sweden, caught the first puffs of powder emerging from the rockets. “It looked like an invasion of UFOs,” says Blakley. Some weird glowing blobs of blue and purple satrted to form in the sky. Pictureby Chad Blakely of Lights over Lapland
“Soon the glowing blobs evolved into more complicated structures–like two giant squid dancing in the northern sky with an impressive aurora display as its backdrop,” decribes Blakley. “Our webcam has been taking a picture every five minutes for nearly 10 years. These images are by far the most exciting I’ve ever seen it record.“ Like an army of giant medusa invading earth from the sky.Picture by Chad Blakely of Lights over Lapland

The name of the sounding rocket mission is AZURE – short for Auroral Zone Upwelling Rocket Experiment. Its goal is to measure winds and currents in the ionosphere, a electrically-charged layer of the Earth’s atmosphere where auroras appear. Specifically, the researchers are interested in discovering how auroral energy might percolate down toward Earth to influence the lower atmosphere.

he twin rockets deployed two chemical tracers: trimethyl aluminum (TMA) and abarium/strontium mixture. These mixtures create colorful clouds that allow researchers to visually track the flow of neutral and charged particles, respectively. According to NASA, which funded the mission, the chemicals pose no hazard to residents in the region.