OUT OF MIND » CONSPIRACY THEORIES & ENDURING MYSTERIES » CONSPIRACY & FALSE FLAG EVENTS: PAST & PRESENT » Billion Dollars Can Be Raised In 2 Days For Notre Dame While Poverty And Starvation Is Often Ignored

Billion Dollars Can Be Raised In 2 Days For Notre Dame While Poverty And Starvation Is Often Ignored Fri Apr 19, 2019 5:13 pm This week, as billionaires from around the world donated large sums of money to the restoration efforts on the Notre-Dame Cathedral in Paris, France, many people began to wonder why it wasn’t this easy to fundraise for poverty or environmental issues.
It is not just the economics of the situation that was disturbing though, it was the selective hysteria that the media gave to this incident. It is understandable that some people are upset by the potential loss of a cultural icon, especially citizens of France, but there are far greater tragedies that are entirely ignored by the media.
Each week, there are reports from all over the Middle East and Africa where innocent civilians are killed by US drone strikes, but this news rarely gets any attention, and when it does, Americans and Europeans don’t seem very concerned with doing anything about it.
As Facebook user Shawn Craver pointed out, “It’s always interesting to me to see what destruction and death is sensationalized in our culture. Notre Dame should be mourned, but we hear little about the destruction that is purposeful done or instigated by our own government… The children starved by sanctions. The cultures and architecture being destabilized or crushed by western oligarchs for pure political power and profit.”
Craver posted a picture of a pagan temple called Baal Shamin in Palmyra, Syria. It was built over 2,000 years ago. Craver said that the picture was sent to him by “a Middle Eastern Christian who blames the U.S. for its destruction.” 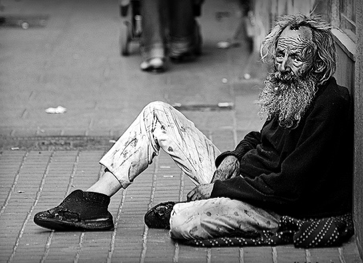 It's always interesting to me to see what destruction and death is sensationalized in our culture. Notre Dame should be…
Gepostet von Shawn Craver am Dienstag, 16. April 2019

Likewise, nearly every major city in the world has an exploding homeless population, who get very little attention until someone wants to move them out of the way. Yet, earlier this year when it was announced that the Mars Rover might be at the end of its “lifecycle,” people around the United States got very emotional about it. They got more emotional over the “death” of a glorified camera on wheels than they did about the death of 40 children in Yemen who were killed when a US bomb was dropped on their school bus.

People value their culture more than they value the planet or their neighbors on this earth, and to make matters even worse, that culture is often toxic itself. This is the problem of our time, and one of the main reasons that our species is spiraling out of control.

When this type of selective outrage is pointed out, people will often say that they can multi-task and care about more than one thing at a time. This is true, however, the problem is that media and the general public seem to be putting a lower priority on the things that actually matter, and a higher priority on their culture. The reason for this is a mystery. Perhaps people are in denial about the state of the world and some of the struggles that less fortunate people go through. Maybe people just feel overwhelmed by issues like war, poverty or endangered species so they focus their attention on things that they think they have the ability to control.
Whatever the reason may be, we are reaching a point where people are going to need to reach outside of their cultural bubbles and start to do their small part to reverse the civilization-ending problems we face, like war, poverty and environmental destruction. If we paid just a fraction of the attention to these issues that we gave to the Notre-Dame Cathedral, the Mars Rover or the Royal Family, our world would be in a much better place.
Image credits: Wikipedia 123RF John Vibes is an author and journalist who takes a special interest in the counter culture, and focuses solutions-oriented approaches to social problems. He is also a host of The Free Your Mind Conference and The Free Thought Project Podcast. Read More stories by John Vibes Follow on Twitter

OUT OF MIND » CONSPIRACY THEORIES & ENDURING MYSTERIES » CONSPIRACY & FALSE FLAG EVENTS: PAST & PRESENT » Billion Dollars Can Be Raised In 2 Days For Notre Dame While Poverty And Starvation Is Often Ignored