My Near Death Experience (NDE) 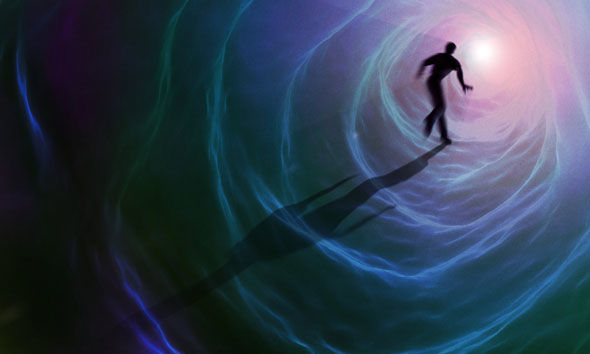 My Near Death Experience (NDE)


In 1989, right after I married, I got accidentally radiated with severe microwave radiation. According to the doctors, ALL my internal organs were damaged. This put me in the hospital on life support for almost 4 months and it took 17 machines to keep me alive. One of the hoses went straight into my heart. My only nourishment were bags of "Royal Jelly" three times a day for a total of well over three hundred bags.
I had four operations during my hospital stay, after the 4th time they left me open just in case they had to go back in.
In simple terms, I wasn't doing well !

By that time, doctors had given up on me and told my wife to stay with me for the night. Later  (after Henriette had gone to work) they "parked" me in a special room with white curtains and soft beautiful music. I had no doubt that this room was NOT intended for healing, but for peaceful going to the other side.
I remember that I was at peace with dying and this is when I decided to stop breathing.

In a split second I was in the "tunnel of light." I was met by several "beings of light". Either 3 or 4, I couldn't tell that's how bright they were.
They greeted me warmly (telepathically) and expressed lots of love. I explained that I had decided to move to the other side since my body no longer served me and they told me that unfortunately it was NOT my time yet.
As is my nature, I stood my ground with them but they were firm in their intention, they said that I had no choice but to go back.
I remember arguing with them in a friendly manner.

However, they gave me the following instructions;

While this was going in, I could faintly hear the nurses yelling at me to start breathing in the far distance. The beings of light told me to listen to the nurses and the very moment I did, I was back in my body. And my first thought was: "boy are those nurses ever loud".
Three days later I walked out of the Royal Alex hospital and that was 28 years ago.

This was a life changing experience for me, even while the NDE only lasted mere minutes. The nurses later confirmed my bout with death.
Ever since that time, my outlook on life has changed. Rather than selfishness, I now concentrate on kindness.
The amazing thing is, I now remember everything that happened in my life, back to the age of one!