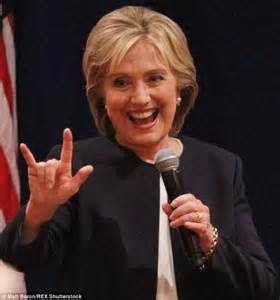 Ask and ye shall receive. SB2 did a decode on the plane that caught fire in Moscow on Sunday which sheds light on some of the mystery. Thank you to a master decoder for helping us make sense of the insanity.

If you truly want to understand what is unfolding on our planet, you must accept that the controllers are satanic witches—yes, the kind with covens— and this is how they roll.
This is an interdimensional war; a spiritual war of good against evil; dark vs. Light. Many people did not understand this until QAnon got into it. ThanQ.  ~ BP 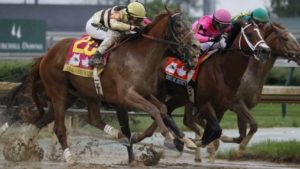 Post # 161-  Kentucky Derby: The Magic Spell Went All The Way To Russia

Do you believe in magic?
​If you read Scriptures and ponder upon them, you certainly do. The story of Moses is a perfect example of how magic is used by governments and how magicians offer their services to kings in exchange for privileges.
​Those we fight not only believe in magic but know how to use it against the masses they have made defenseless over the years. They know the laws of metaphysics and make sure we do not access them easily so they can continue to control us.
​This week end, 2 things happened. The first one was stunning and outrageous, the second one, very sad and tragic.
On Saturday, there was the 2019 Kentucky Derby. Country House was declared the winner after a stunning disqualification of Maximum Security. The Maestro tweeted about it on Sunday morning at 8:16 AM with an “error”, deleted it and re-posted a corrected tweet at 10:59 AM: Img1
​On Sunday, Russian Aeroflot Flight SU1492 Moscow Sheremetyevo to Murmansk caught fire while attempting an emergency landing. 41 people were killed and 2 children were among them: Img2 Here is footage from the outside: video1 and, here is footage from the inside (very violent and disturbing): video2
​Q128 What is a spell?
​Answer: a set of voiced or written characters triggering metaphysical operations aiming at altering the perception of a given reality and forcing a new perception until it is believed to reflect that reality.
​Q120 Fantasy land. Q
​A spell has 2 components: the first one is about clearly defining the targeted outcome and this is mostly rendered by intention and the voiced or written characters which are used to “contain” the intention over time. The second one is about finding the metaphysical assistance that will help strengthen the perception of the targeted outcome. For example, when the magician wants his audience to see a tree instead of a car, he will ask the assistance of a spirit (a demon in this case) that will use his power of suggestion and vibrational energy to alter the audience’s perception. This is mainly done through waves and plasma. In exchange for this work, the demon will ask for specific sacrifices that will help him gather the energies needed to perform the operation and to enter our dimension through the gates. I told you in a previous post that demons need the information/energy that is coded in the blood at the time the sacrificed soul departs the body as explained in Q1635.
​Those we fight know this very well. So? They plant theirs spells through their Fake News media, movies, schools or whatever medium used to access our individual or collective consciousness, then they atrociously kill as many people as their demons require, to give them the energy they need through the blood coded with the specific trauma information. The demons then use this collected energy to enhance their suggestion power (wave emission) and attack our perception. That’s how the vicious circle starts. This is the religion of Satan. If you want to fight, this is the religion you need to fight.
​Application.
​Did you see that the disqualification of Maximum Security was the magician altering the reality of his victory and replacing it with the forced reality of Country House’s victory? Do you see that here, the set of characters for the spell is: “Maximum Security is disqualified, Country House wins”? Now expand your thinking and forget you are talking about a horse race. Do you perceive the power of this news headline when it is repeated by millions of people? Do you see the energy in this sentence? Do you see your loss of security and the Country becoming everybody’s house? Now you know why the Maestro’s re-tweets after 8:16 AM and before the correction are about Napolitano’s incorrect statements, the border, enforcing laws, bringing HRC to justice etc… Yes, the Maestro was de-constructing the spell they cast for the victory of lies (fantasy land), open border invasion (demonic possession) and lawlessness (slavery).
​Q749 Deeper we go, the more unrealistic it all becomes. The end won’t be for everyone. That choice, to know, will be yours. Q
​What if I told you that the Russian plane was the sacrifice supporting the spell aiming at disqualifying your maximum security and letting Country House win? You caught we are talking about the current war between the US Military and the Cabal with its Deep State Democrat Congress right? Yes, these people are casting spells on our POTUS and our Military… Img3
​Did you notice that the Maestro told us on Friday that a plane would catch fire as the result of treasonous, seditious and subversive activities? Look at all the solid and amazing connections we get from his 8:53 AM retweets and their corresponding drops Q853 and Q3253: Img4 This is a typical example where you have the intel about an operation but the exact location is unfortunately unknown.
​In the following decode, the Devil’s horns referring to the amount of energy used in demonic activities is unveiled. We also discover the primary purpose of the spell: Img5
​Here, details are given about the purpose of the spell and Rod Rosenstein appears. His case illustrates the current panic in DC: his calls with Loretta Lynch were recorded and him leaving the DOJ when Barr is investigating is a disaster for the Deep State. Notice how the news headline captures all the components of the spell and confirms Q1059. Maximum Security has the same initials as the reversed flight path Murmansk – Sheremetyevo: Img6
​Q304 These people are sick. Q
​James Comey and McCabe appear: Img7
​The 2 last tweets of the week end were my favorite to decode. They contain metaphysical truths that are not accessible through books or logic but through faith, prayer, spiritual practice and Divine Guidance. They are a perfect example of the power hidden in the Maestro’s tweets and Q’s posts. Enjoy: Img8 – Img9
​Q761 This board has more power than you can imagine. Q
Source