Denver has officially become the first US city to decriminalise psychedelic mushrooms. This means that although carrying them would still be illegal, they wouldn’t be on the top priority list for criminal offences.

Although late night Tuesday suggested that it would remain criminal to carry mushrooms, a fortune reversal took place which led to the afternoon results showing a different picture. With 89, 320 is favor of it, and 87, 341 against, the bill was passed with a 50.6% majority rate. The entire result has not yet been validated, as some more votes would be coming in, but there number would be less.
30 Initiative Campaign Manager Kevin Matthews believes that this is a great victory for people with a single minded approach towards things. It had been a hellish 21 hours, and it ended with victory for people who knew what they wanted, and why they wanted it.
Naturally, this vote has captured media attention. With Oregon and California preparing to hold their own ballots in 2020, this is the first time a US city has actually gone the entire way and done it. There was an effort made last year to bring it to ballot in California, but it lost its way.
Some are obviously critical of the lack of opposition that 301 Initiative had, as they cited that the turnover of 7000 votes in a single night, was almost bizarre. They believe that this lack of a proper opposition might actually bring things to a head, and result in a catastrophe in the near future.

Jeff Hunter initially asked the Twitterati, if there was something fishy going on around with the votes- if they were tampered, or the voters bribed. Nevertheless, he has sworn to fight the growing substance abuse in the city, which has turned it into the Drug capital of USA.
And yet, most of the voters actually posted the health benefits of such mushrooms. It must also be noted that most of the voters were young people, who voted closer and closer to the election day, compared to people who voted three weeks earlier. In another historic move, the FDA granted the genus of this mushrooms- psilocybin the tag of ‘breakthrough therapy’ in relation to treatment were other medication didn’t work, especially in cases related to depression.This has led to speedening up of review of medicines that contain such substances.
The 301 Initiative is simple– the containment might be illegal carrying punishment upto imprisonment for a year and fine, the priority for such crimes is extremely low. This can be equated with the actions taken for legalising Marijuana, which had almost a similar result. The purpose of this entire initiative is to simply educated the people of the health benefits of such a substance, which has always been seen as taboo, and illegal. In case with Marijuana, people of Denver has signed a petition to decriminalise it in 2005, and 2007, but the authorities still went ahead with what they did. But that, in a way, did lead to the ballot of this year. Matthews believes that this will create a healthy atmosphere between the users and the police and the city officials, who would be taught the correct way to implement and carry out the ordinances proposed by the Initiative.
Matthews further states that this victory is good as people would be more open minded toward approaching psilocybin as something that can help when in need.
IMAGE CREDIT: libreshot

Re: History Made, Denver Decriminalises Psychedelic Mushrooms Fri May 10, 2019 12:40 pm 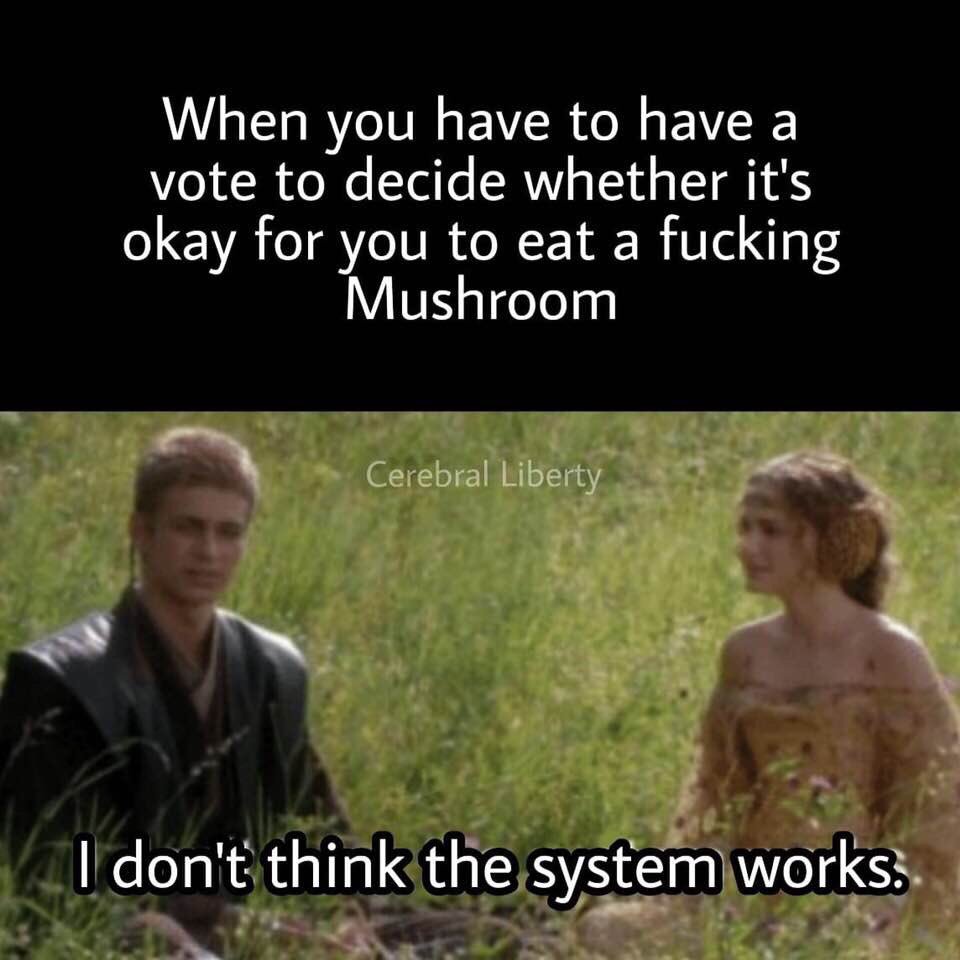