Archeologists uncover military structures buried beneath Alcatraz Wed May 22, 2019 11:33 am


Alcatraz might be best known as a popular tourist destination, the site of the former high-security prison that once held Al Capone. But a team of archaeologists has now unveiled new evidence of this San Francisco Bay island’s often overlooked military history. Using non-invasive techniques, the scientists have confirmed the presence of a coastal fortification beneath what was once the prison’s recreation yard. 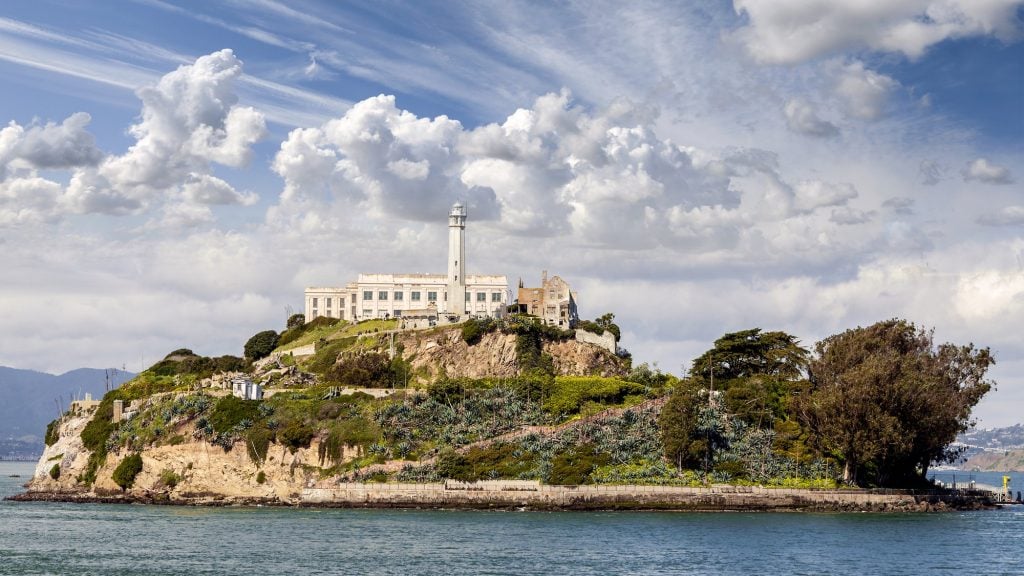 Alcatraz Island still draws tourists for its history as a federal penitentiary. But it also has a rich past as little-known military base, erected to guard against foreign invasion. Picture: MBPROJEKT_Maciej_Bledowski, iStock
In the study, published last Thursday in the journal Near Surface Geophysics,researchers used non-invasive technologies to pull back the curtain on a stunningly well-preserved 19th century coastal fortification that lies beneath the ruins of this infamous federal penitentiary. The work confirms that while prison construction in the early 1900s destroyed much of the former military installation, several structures were buried more or less intact, enshrining a critical sliver of Alcatraz’s colorful past.
“This really changes the picture of things,” says study author Timothy de Smet, an archaeologist at Binghamton University. “These remains are so well preserved, and so close to the surface. They weren’t erased from the island—they’re right beneath your feet.” 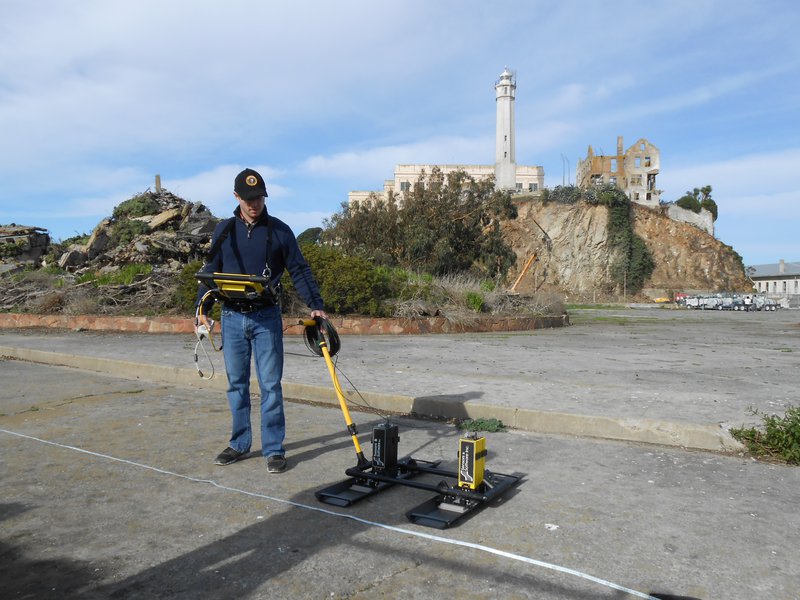 Study author Timothy de Smet used non-invasive techniques to create a subsurface map of remains of Alcatraz Island’s former military fortification. Image Credit: Timothy de Smet, Binghampton University
Prior to the mid-1800s, Alcatraz Island was a barren strip of land capable of supporting little more than a raucous population of seabirds. But in the wake of the California Gold Rush, the United States government looked to the rocky outcrop as a potential military base to protect the newly bustling city from foreign invasion. Over the next several decades, a stone- and brick-based fortification was erected, then rebuilt as earthen structures better equipped to handle erosion. But Alcatraz struggled to keep pace with the rapid changes in artillery during and after the Civil War era, and by the late 1800s, the island’s defenses were essentially obsolete. Military pursuits on Alcatraz were abandoned shortly thereafter.
When the island’s prison was erected around the turn of the 20th century, little physical evidence of its former architecture remained—or so many thought. The new study, led by de Smet, says otherwise. To look beneath the surface, the researchers deployed ground-penetrating radar, which pulses electromagnetic waves into the earth, returning signals that can visualize remains without excavation. The strategy uncovered a labyrinth of subterranean structures, including an earthwork traverse, a kind of defensive trench, running beneath the penitentiary’s former recreation yard. 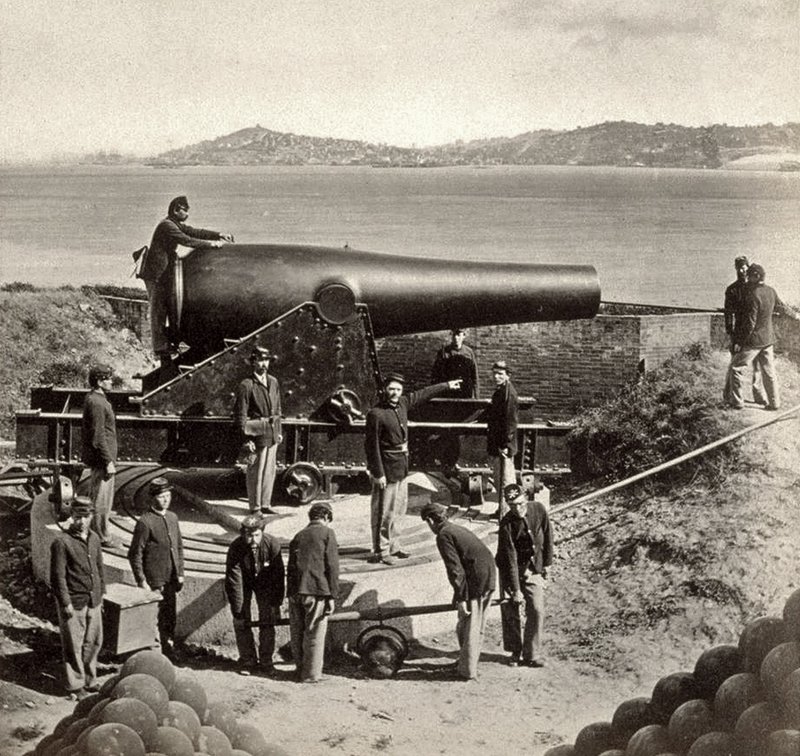 A 15-inch Rodman cannon and its gun crew, 1869. These were the largest guns mounted on Alcatraz. Image Credit: National Park Service, Golden Gate National Recreation Area
“This really reinforces what several historians and archaeologists had long suspected,” says study author and Alcatraz historian John Martini. “Up until this point, we had nothing to go on except for a few visible trace remains and maps—and a lot of suspicion.”
In a way, Martini says, the findings reflect just how limited real estate was on Alcatraz, which clocks in at less than 50 acres. “On a small island, there’s only so many places you can build,” he says. “And it’s unlikely they went to the trouble of demolishing all this stuff.” 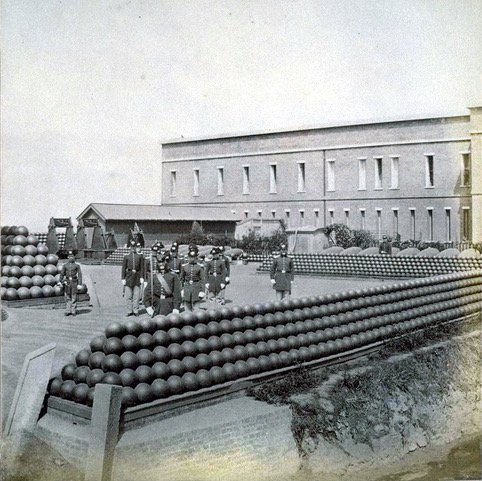 Soldiers posing in the island’s ordnance yard. A brick Citadel capped the summit of Alcatraz. 1869. Image Credit: National Park Service, Golden Gate National Recreation Area
Because they’re both sensitive and non-destructive, techniques like ground-penetrating radar are crucial for these kinds of investigations, and can complement historical records that survived the era, says Jolene Babyak, an Alcatraz historian who was not involved in the study.
With these results in hand, de Smet and his colleagues plan to continue archaeological investigations under Alcatraz. Going forward, only time will tell what this rock will reveal, Martini says. “Below the surface, Alcatraz is still full of mysteries,” he says. “There’s still a whole lot to be learned.”
[PBS]