OUT OF MIND » THE INSANITY OF REALITY » GOVERNMENTS & THE NEW WORLD ORDER » Dr. Katherine Horton Going After Space Command for Targeting Individuals with DEWS 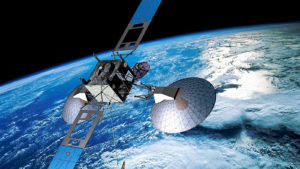 The intrepid Dr. Horton; what a warrior.
If you’re not familiar with her, she was a sex slave; trafficked all over Europe in her youth by a man at MI5 or 6. I’d have to listen again to the video to clarify. As such, she has at least one implant.
She is a ‘particle physicist’, and a targeted individual; meaning she is routinely attacked via electromagnetic frequencies—also known as DEWs, or Directed Energy Weapons—usually in the skull. She explains that people may be attacked in various specific areas of the body, varying sometimes by sex. It can be lethal.
Katherine recently returned from 3 weeks of exile in Croatia where she went to get away from the attacks that might have killed her. She has managed to work through them most of the time, but it didn’t make much difference whether she was home in Switzerland or away, they were able to follow her everywhere due to her implant and satellite tracking.
She has been challenging censorship on the Internet, and building a legal case to stop US Space Command from targeting her via satellite.
She is in touch with many other targeted individuals, and her goal is to help them build legal cases of their own to take these psychopaths to task.
If you are a targeted individual, you might want to watch her video in full and learn how you can help her, so she in turn can help others fight for their lives, and their freedom.
She inferred that she is developing replicatable templates or a process that multiple parties can duplicate, I’m guessing, to avoid having to teach the process over and over for facilitating individuals being able to file a lawsuit themselves.
She was locked out of Twitter, but tells you in the video how to reach her.
There is a lot of info on her website, Stop 007. She has built a list of journalists who cannot be trusted, and various other resources.
More contact information and a breakdown of her talking points are posted below the video at YouTube.
Even if you’re not a targeted individual, Katherine is a wealth of information and can teach us a lot about how things work within the New World Order/Illuminati, including in the United States, about a multitude of subjects like Human Trafficking and the selling of aborted baby tissue and organs.
We recently featured her interview with Kevin Annett about his arrest due to efforts to expose and prevent Human trafficking and satanic ritual abuse through the ITCCS. (International Tribunal into Crimes of Church and State)  Learn more at his blog, Murder By Decree.
She covers a lot of topics in this video, including how victims can protect themselves from the attacks, and the fact that the dark cabal has relocated from Switzerland to Tibet/Himalayas. They’re running scared, there is no doubt, literally heading for the hills. And that’s okay. We know where they are. The White Hats have better toys than the dark lords.
One sure thing to take away from Katherine’s exposé; the lawless Nazi military (secret space program, space command) do not have the right to attack civilians and she knows who to go after to address this illegal warfare and crimes against Humanity.  ~ BP

OUT OF MIND » THE INSANITY OF REALITY » GOVERNMENTS & THE NEW WORLD ORDER » Dr. Katherine Horton Going After Space Command for Targeting Individuals with DEWS