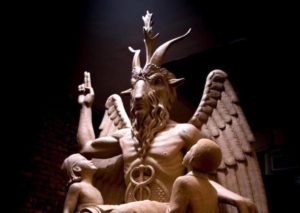 Satanists’ goat god Baphomet and children
The depths of the depravity of those who have been running the world are as yet unplumbed by the average Human. It’s time people woke up to the reality. The media may expose some of it, but never all. And the murderers go unpunished.
We have ample evidence from forensic economist David Hawkins of Abel Danger fame, of the coverup of body disposal operations of prostitutes in British Columbia at Picton’s pig farm; of snuff films being video taped and distributed on the Internet. That’s just one example.
He tells us those who consider themselves “elite” place bets on how long it will take a victim to die after they’ve been drugged and butchered.
It’s beyond horrific, folks. It’s happening all the time, all over the world. They consider it sport. It’s their version of gaming and they throw our money around—money stolen from taxpayers that has been laundered, racketeered, using stock market manipulation, bank fraud, LIBOR rigging, every way possible—like it’s water.
They have satanic holy days when they sacrifice Humans to their gods. Blood rituals. Where do you think all the missing people go? Why so many child abductions? Child Protective Services are some of the worst offenders.
These people are sick. Hundreds of thousands of children every year from the United States alone are abducted for these purposes, and others.
They’ve got the system down and through bribery or blackmail or the promise of massive profits to be made, they control the system that protects them from justice.
Has the entire population been lobotomized? It’s in our faces yet we fail to recognize it.
Look at their statues, their artwork, their movies, their entertainment extravaganzas at major sporting events and half-time shows. The Denver airport! Hollywood is a perverse, dark place and Vancouver, Canada is a close second. The Pentagon is a pentagram! 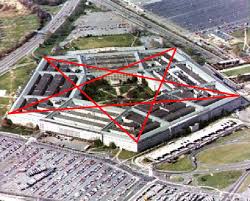 Mass graves of slaughtered bodies litter the planet. Now they are working on legalizing the “liquifaction” of Human remains as an alternative to cremation.
Everything they need for their lifestyle is in the process of being normalized and legalized; transgender, easy abortions, Human meat in the food chain, liquifying remains, age of sexual consent lowered to absurd ages, child marriages on the rise in some countries, the elimination of Christianity, the worship of Lucifer, Baal, Moloch, Baphomet in the open, and the selling of Human organs to generate insane profits. It must all be recognized and addressed.
Kevin Annett, in addition to being a prolific writer  to raise awareness, keeps us updated on the activities of the TICCS team (International Tribunal Into Crimes of Church and State) working to expose the global satanic pedophiles and prevent Human sacrifices.  ~ BP 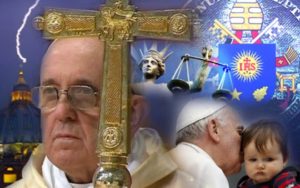 
PUBLIC AND MEDIA ADVISORY, May 31: SPECIAL REPORT CALLS FOR THE EXPULSION OF THE VATICAN FROM THE UNITED NATIONS – SANCTIONS, ARRESTS, SEIZURES WILL OCCUR IF THE UN FAILS TO ACT 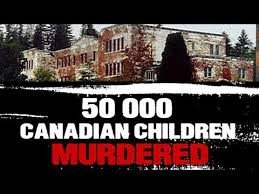 Mass Murder without Consequences in the Great White North: How then shall we Dethrone the Lie?

By Kevin D. Annett June 1, 2019
“They’re killing us with their words” Canadian genocide survivor Delmar Johnny, 2008
One of my well meaning but uninformed supporters called me up me this morning with what to her was thrilling news.
“They’ve finally admitted to genocide, Kevin! They call it a ‘Canadian Genocide’! It’s all over the CBC!”
She was referring to yesterday’s release of the final report of the Canadian government’s so-called “inquiry” into missing aboriginal women that spent three years and a hundred million dollars to refer obliquely to what has been well known and documented for decades.
“Oh good” I replied to the woman in my best cheeky monkey tone. “Now they can prosecute those responsible. They have to, you know, under international law, once genocide has been established.”
My friend didn’t know what to say. Being Canadian, the thought of there being actual consequences for Official Crime was no doubt a strange concept to her. It’s an equally foreign idea to the officials who have killed off all those brown people and will never put themselves on trial: the ones who still run the government and the churches and the corporations that have spearheaded our home grown extermination of Indians.
These officials are a strange breed. They toss around words like they did the bodies of their little brown victims when they threw them into residential school incinerators, or today, when they dump them overboard outside of Canada’s twelve mile territorial limit. And being the ones in charge, these men can fashion anything and absolve everything with the right words: the words that are chosen to inoculate the rest of us to their depravities and to make us accomplices in them so that we, too, will have a vested interest in their Big Lie.
Read the rest…