OUT OF MIND » THE INSANITY OF REALITY » FINANCIAL COLLAPSE » Ban on cryptocurrency in India to send you 10 years in jail for trading, mining or holding the stuff

Ban on cryptocurrency in India to send you 10 years in jail for trading, mining or holding the stuff 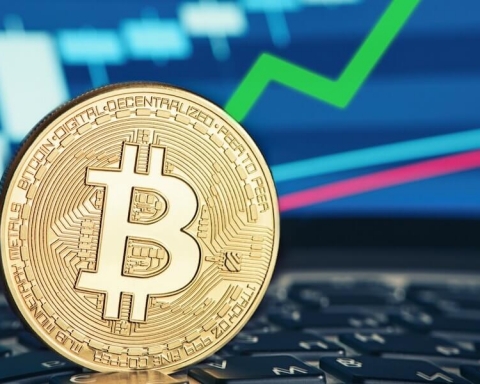 India’s government is considering introducing an outright ban on cryptocurrency.

This new law would see 10-year jail sentences doled out to anyone caught trading, mining or holding the stuff.

New law in India would imprison anyone who uses cryptocurrency. Picture via Shutterstock
The Indian government is considering a new bill that would punish anyone who trades, mines, or holds cryptocurrency with ten years in prison.
The “Banning of Cryptocurrency and Regulation of Official Digital Currency Bill 2019,” if it’s passed, would also prevent anyone arrested for a crypto-related offense from being bailed out of prison. It’s a staggeringly harsh crackdown on technology that the Indian Government argues is often used for money laundering and other financial crime.

The bill has been some time in the making – India’s Prime Minister Narendra Modi set up a panel to investigate how best to regulate cryptocurrency back in November 2017.
Meanwhile, the outright ban has received the support of several governmental bodies, including the Income Tax Department and the Central Board of Indirect Taxes and Customs (CBIC).
The government won’t make a final decision until consulting with the Reserve Bank of India (RBI) but officials at the RBI have denied all knowledge.
What’s more, insiders have expressed some skepticism over the real-life impact of the legislation if it was ever to go into effect, a fact in itself that is not yet guaranteed.

Driving the investigation are government concerns that cryptocurrency is being adopted for criminal activities like money laundering.
This bill takes the nuclear approach to the problem of crypto regulation.
But it’s not surprising, given that India has considered launching its own state-approved digital currency. Given that context, an open market of cryptocurrencies would serve as competition.

Cryptocurrencies like Bitcoin have been something of a controversial invention:

Bans around the world

According to one report, governments worldwide may be forced to outlaw Bitcoin because of its capacity to store illicit content but if this bill is to go ahead, India wouldn’t be the first to try and institute a ban of its own accord. Egypt introduced a ban in 2018. That was lifted last month. Meanwhile, countries including China, Russia, Vietnam, Bolivia, Columbia, and Ecuador enforce their own bans to a more or lesser extent.
While the bubble may have burst for Bitcoin, cryptocurrency analysts are feeling optimistic. It is now trading below $8,000 – well below the $20,000 peak it (almost) reached in 2017 – but experts expect this value to rise, as big-name brands like AT&T, Starbucks, and Wholefoods have started accepting cryptocurrency payments.
What about the ‘Digital Rupee’… Will it become a new legal way to hide illegal activities for the elites?

OUT OF MIND » THE INSANITY OF REALITY » FINANCIAL COLLAPSE » Ban on cryptocurrency in India to send you 10 years in jail for trading, mining or holding the stuff