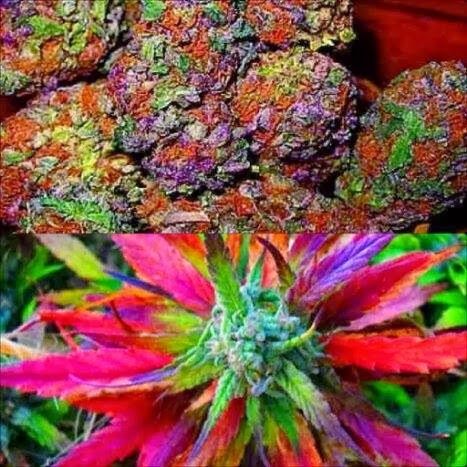 A chemical residue study of incense burners from ancient burials at high elevations in the Pamir Mountains of western China has revealed psychoactive cannabinoids.
This study, conducted by researchers from the University of the Chinese Academy of Sciences, Chinese Academy of Social Sciences and the Max Planck Institute for the Science of Human History, provides some of the earliest clear evidence for the use of cannabis for its psychoactive compounds, and the awareness of higher tetrahydrocannabinol (THC)-producing varieties of the plant.
Cannabis plants were cultivated in East Asia for their oily seeds and fiber from at least 4000 BC. Little is known, however, about the early use and eventual cultivation of the plant for its psychoactive and medicinal properties. Despite being one of the most widely used psychoactive drugs in the world today, there is little archaeological or historical evidence for the use of marijuana in the ancient world.

Researchers have identified psychoactive compounds preserved in 2500-year-old funerary incense burners (braziers) from the Jirzankal Cemetery in the eastern Pamirs, China, showing that people were selecting plants with higher levels of THC and burning them as part of mortuary rituals.
This is the earliest clear evidence so far of cannabis being used for its psychoactive properties. The study was recently published in the journal Science Advances.
The researchers used gas chromatography-mass spectrometry to isolate and identify compounds preserved in the ancient wooden braziers discovered by archaeologists from the Chinese Academy of Social Sciences who were excavating in the high mountainous regions of western China. Brazier and burnt stones in ancient Pamirs
The braziers were recovered from 2500-year-old tombs discovered in the Pamir Mountains. The chemical signature of the isolated compounds exactly matched the chemical signature of cannabis.
Moreover, the signature indicated a higher level of THC than is normally found in wild cannabis plants. The data produced by the research effort, which brought together archaeologists and laboratory scientists from Beijing, China and Jena, Germany, provide clear evidence that ancient people in the Pamir Mountains burned specific varieties of cannabis that had higher THC levels.

The findings corroborate other early evidence of cannabis from burials further north, in the Xinjiang region of China and in the Altai Mountains of Russia.
“The findings support the idea that cannabis plants were first used for their psychoactive compounds in the mountainous regions of eastern Central Asia, thereafter spreading to other regions of the world,” said Nicole Boivin, director of the Department of Archaeology at the Max Planck Institute for the Science of Human History.
The study suggests that cannabis was likely spread across trade routes along the early Silk Road.
“The exchange routes of the early Silk Road functioned more like the spokes of a wagon wheel than a long-distance road, placing Central Asia at the heart of the ancient world. Our study implies that knowledge of cannabis smoking and specific high chemical-producing varieties of the cannabis plant were among the cultural traditions that spread along these exchange routes,” said Robert Spengler, the lead archaeobotanist for the study, also at the Max Planck Institute for the Science of Human History.

The study also suggests that people may have sought and later cultivated more psychoactive varieties of cannabis for use in burial rituals.
Prof. YANG Yimin, the lead analyst for the study at the University of the Chinese Academy of Sciences said, “This study of ancient cannabis use helps us understand early human cultural practices, and speaks to the intuitive human awareness of natural phytochemicals in plants.”
YANG has been working on ancient organic residues in East Asia for over ten years. “Biomarker analyses open a unique window onto details of ancient plant exploitation and cultural communication that other archaeological methods cannot offer,” he said.