Good for your pocketbook but not your health: 3 Reasons why LED lights are not the best option 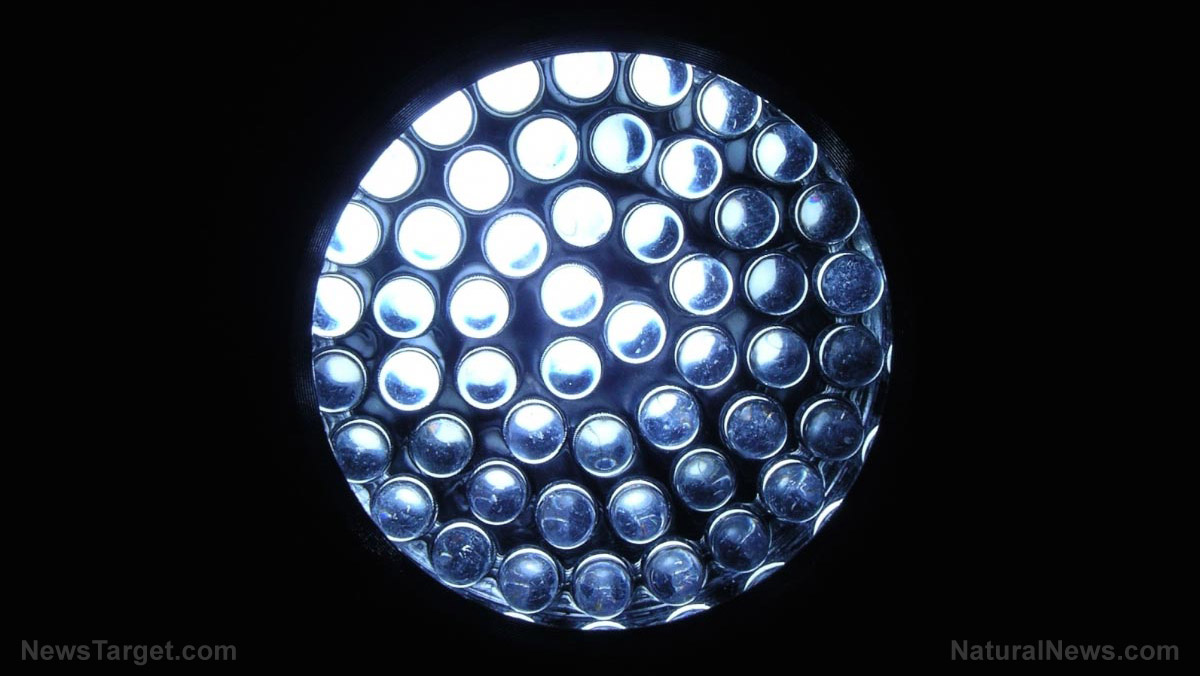 Light-emitting diodes (LED) might save energy and money, but they have hidden costs in terms of human health. The light from LED devices can damage the eyes, increase the risk of chronic illnesses, and disrupt sleep patterns.
LED devices give off large amounts of blue light. Blue wavelengths trigger oxidative stress that damages cells and tissues, which can lead to various ailments.
Conversely, they do not emit any near-infrared light similar to natural sunlight. The healing and regenerative effects of the red range of light counter the harmful effects of blue light.
The combination of high levels of blue wavelengths and the absence of near-infrared frequencies make LED lights harmful to human health. They increase the chances of chronic disease and hamper natural healing. (Related: Light and life: Can “engineered light” influence human health and productivity?)


LED-based lighting can cause the eyes to go blind

Near-infrared wavelengths in natural sunlight help get the retina ready to repair and regenerate itself. They induce retinal cells to produce melatonin that helps restore the health of the eyes.
But LED lights do not trigger those natural healing processes. Instead, they bombard retinal cells with digital blue wavelengths that cause destructive oxidative reactions.
Instead of regenerating thanks to red light, the eyes degenerate in the blue light cast by LEDs. The condition can eventually develop into age-related macular degeneration, the leading reason older people go blind.
Furthermore, the reduced levels of melatonin make it more likely for a person to develop insulin resistance. Patients with insulin resistance become more vulnerable to myopia.

Blue light from LEDs disrupts the proper activity of mitochondria. They open the door to cancers, metabolic disorders, and other health issues associated with mitochondrial dysfunction.
Mitochondria are structures in the cell that produce cellular energy. They contain light-absorbing molecules that are optimized to absorb the near-infrared part of the light spectrum. Higher levels of red light increase the amount of energy produced by the cell.
LEDs do not emit any near-infrared light. The lack of the right frequency of light hampers the energy production of mitochondria. They generate less adenosine triphosphate (ATP), the chemical that serves as fuel for cellular functions.
The efficiency of ATP-starved cells goes down. Liver cells cannot remove as many toxins from the blood, while skin cells will produce fewer collagen fibers to replace damaged portions of the skin. The general health of a person will go down, rendering him or her more vulnerable to chronic diseases.


No restful sleep in the ominous glow of LEDs

As mentioned earlier, light from LEDs stops the body from producing melatonin. In addition to regenerating the eyes, melatonin also affects sleep.
Light-sensitive cells in the eyes keep track of blue light. These cells trigger a part of the hypothalamus to signal the pineal gland to halt the production of melatonin, leading to increased wakefulness.
As the sun goes down, the amount of red light decreases. The light-sensitive cells tell the pineal gland to release melatonin, thus inducing sleep.
Exposure to the blue light of LED devices at night disrupts this natural process. The bright light emitted by the screens of electronic devices like smartphones and tablets can suppress the production of melatonin for one or two hours, disrupting the normal sleep cycle of a person.
Fortunately, it is possible to reduce or prevent the harmful effects of blue light. Replace LEDs with incandescent light bulbs, get as much exposure to natural sunlight during the day as possible, and don’t use any sources of blue light at night.
Sources include:
WakingTimes.com
Health.Harvard.edu