The Trump administration's decision to ask NASA to land astronauts on the moon in 2024 was driven by its ambitious goal of sending astronauts to Mars in the 2030s, NASA Administrator Jim Bridenstine told lawmakers in a hearing of the House Science, Space and Technology Committee. 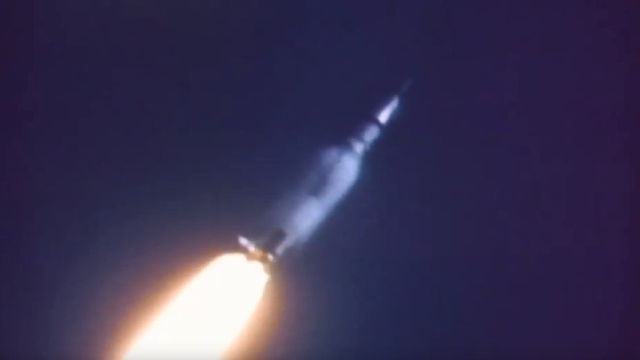 NASA was already planning to land astronauts on the moon in 2028 with the ultimate goal of going to Mars in the 2030s — until just last week, when Vice President Mike Pence announced new plans to have "boots on the moon" in 2024.

Doing so could put NASA on track to land astronauts on Mars in 2033, Bridenstine said at the hearing. However, committee members expressed some doubt over the feasibility and necessity of that accelerated timeline.

"We want to achieve a Mars landing in 2033," Bridenstine said. "In order to do that, we have to accelerate other parts of the program, and the moon is a big piece of that."

Rep. Eddie Bernice Johnson, D-Texas, the chairwoman of the committee, questioned Bridenstine about the need for undertaking a "crash program" to rush to the moon in just five years, while criticizing Pence's claim that the U.S. is in a new space race.

"The simple truth is, we are not in a space race to get to the moon. We won that race a half-century ago," she said. NASA's push to put humans on the moon in 2024 may get a financial boost next year.

A new budget amendment gives NASA an additional $1.6 billion in fiscal year 2020, on top of the $21 billion already allocated to the space agency, President Donald Trump announced on May 13.

"Under my Administration, we are restoring NASA to greatness and we are going back to the moon, then Mars. I am updating my budget to include an additional $1.6 billion so that we can return to space in a BIG WAY!" Trump said.

The amendment is a proposal for now, however; NASA won't get the money until Congress, which has the power of the purse, officially signs off. The extra $1.6 billion is designed to help NASA put astronauts down near the lunar south pole in 2024, an ambitious goal that Vice President Mike Pence laid out in March. (Prior to Pence's announcement, the agency had been working toward a late-2020s crewed lunar landing.)

This pioneering mission will help lead to a long-term, sustainable human presence on the moon, NASA officials have said.

» Ancient Aliens On Mars: Possible Script Embossed On Stone
»  Stone Faces Found On Mars By NASA Rover
» Has A Stone Wall Been Found On Mars That Proves Life Was Once There?
» Orbital plan for lunar space station unveiled
» NASAs rover Curiosity just posted this pic of old ruins