Linda Moulton Howe: It’s Been their Plan All Along… lol :) 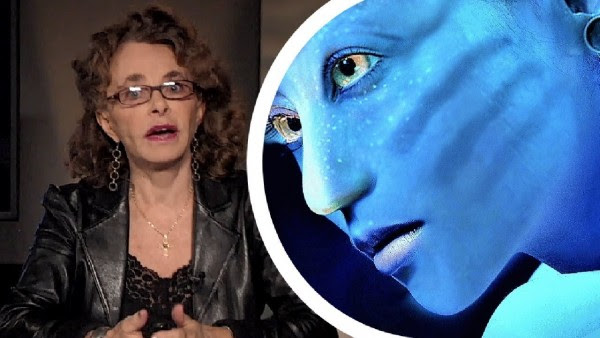 Linda Moulton Howe: It’s Been their Plan All Along…

This Linda Moulton Howe video was posted yesterday and it’s entertaining like a sci-fi movie, all the more so because the information she’s revealing was related to her by a Defense Intelligence Agency analyst named Sherman who claimed that he was telling her the truth.
We know, however from the documentary ‘Miracle Men’ that disinformation is an adjunct to any official communication regarding UFOs and extraterrestrial life, so it’s safe to say that this account likely contains a mix of truth and lies. Can you feel which parts are true and which are lies?
Linda was told, “The big, big agenda of the Eben Zs (aka the taller Grey aliens from Zeta Reticuli) on this Earth laboratory…is that non-humans made the dinosaurs. He suspected the aliens either allowed or caused the large meteorite to hit the Gulf of Mexico 66 million years ago, in order to deliberately erase their dinosaur experiment. What came next on Earth was the rise of mammals that led to primates and to us humans, over centuries of genetic manipulation by other intelligences.
“This was reinforced for me in 1999 by a retired Defense Intelligence Agency analyst. He said his job had been to monitor, quote ‘The geopolitical territorial conflicts of three competing extraterrestrial factions or species,’ close quote. The DIA analyst said alien presences have based themselves in various parts of Earth and our solar system and at least one type has been terraforming this planet and genetically manipulating Earth life for some 270 million years.
“Sherman said that he had been told that the Ebens experimented genetically in Bhutan, Tibet and Nepal and then transplanted some of those altered human ET hybrids to what we call the Yucatan and Guatemala region of Central America.
“Sherman said the Ebens used DNA, harvested and manipulated from Bhutan for another Eben genetic experiment, far away, to the other side of the world from the Himalayas. Then, in 850 AD, Sherman said the Ebens beamed up most of the Maya, e.g., human hybrids and transported them to another planet for unknown reasons.
“And I said, well, ‘The Ebens’ genetic experimentation in Tibet, does that connect somehow to the Dalai Lama? I’m thinking about reincarnation through different beings and different cycles of life. Would that concept relate to an Eben supposedly telling an Air Force captain in 1949 that recycling of souls is the machinery of this universe?‘
“And to my surprise, Sherman said, ‘Exactly!'”