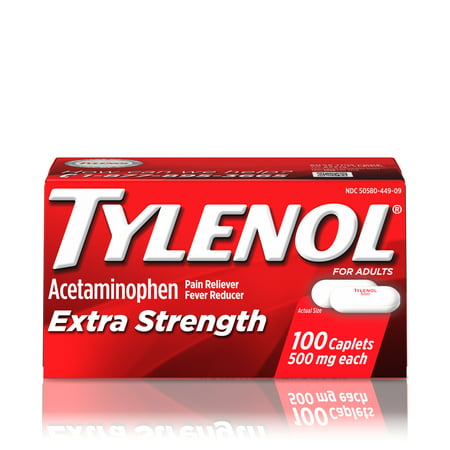 Source: Children’s Health Defense
Acetaminophen has been around for over a century and is the most widely used drug compound in the world. In the U.S., acetaminophen (also called paracetamol or APAP) is present as an active ingredient in over 600 prescription and over-the-counter medications marketed to relieve pain or reduce fever, including Tylenol. Every week, nearly one in four Americans takes an acetaminophen-containing medication, and pediatricians routinely recommend acetaminophen as the treatment of choice for fever in children.
Despite its ubiquity, acetaminophen also has many critics. These argue that the drug’s path to prominence has been littered with errors, false assumptions and undue complacency about risks. Documented problems include life-threatening liver damage in individuals who consume acetaminophen in “excess amounts”—something that is all too easy to do, given the drug’s different aliases and the sheer number of products in which it is present—as well as cardiovascular disease and renal injury risks associated with long-term use. In the critics’ view, these and other problems make acetaminophen “one of the most dangerous compounds in medical use.”
In the U.S., roughly 500 deaths are attributable to acetaminophen each year, as well as 100,000 poison control calls, 50,000 emergency room visits and 10,000 hospitalizations. Most acetaminophen-related emergency department visits are in young children (under age 5), adolescents or young adults. The problem of accidental (or intentional) overdoses is worrisome enough, but there are other reasons to be concerned about acetaminophen use in young people—notably, the drug’s association with asthma and developmental disorders such as autism. The research linking acetaminophen to these epidemic-level chronic conditions suggests that the drug’s automatic inclusion in the childhood medicine cabinet ought to be reconsidered.

… two different studies found that acetaminophen use in the first year of life predicted asthma at age three and at six to seven years of age, respectively.

Numerous studies link acetaminophen use during pregnancy with increased asthma risks in offspring. Research also points to an association between use in infancy and asthma later on. For example, two different studies found that acetaminophen use in the first year of life predicted asthma at age three and at six to seven years of age, respectively.
Report this ad


The associations hold true not just for asthma but also for allergies and eczema. Polish researchers reported “a significant dose-dependent increase” in the risk of asthma, allergy and eczema symptoms in three age groups who used acetaminophen in the previous 12 months: children (ages 6-7), adolescents (ages 13-14) and adults (ages 20-44). A multi-center European study found that the drug was “strongly positively associated with asthma” in 20- to 45-year-old adults taking acetaminophen on a weekly basis, compared with less frequent users.
Taking stock of the size and consistency of the evidence, Spanish researchers—while stopping short of recommending an outright acetaminophen ban—have advocated for a significant rollback on its use:
“It is absolutely clear that the scientific literature is sending a large and consistent signal that challenges the traditional excellent safety profile of acetaminophen in children. […] A widespread, professional-based recommendation of limiting acetaminophen use to those cases in which ibuprofen cannot be administered would reduce the childhood population exposure to a minimum and would provide a good opportunity to minimize the detrimental effect of acetaminophen.”

… the authors note that the long-term effects of acetaminophen exposure on neural development have never been evaluated in humans and point out that even at very low doses, acetaminophen triggers immune system activation and oxidative stress responses—both of which are hallmarks of autism.

In addition to asthma, research has linked prenatal acetaminophen use to “lower performance intelligence quotient (IQ), …autism spectrum disorder, neurodevelopmental problems (gross motor development, communication), attention-deficit/hyperactivity disorder, poorer attention and executive function, and behavioral problems in childhood.”For example, a longitudinal study that looked at language development in two-and-a-half year-olds whose mothers had taken acetaminophen during the first trimester of pregnancy found a significant association between prenatal acetaminophen use and language delays, particularly in boys. The researchers concluded, “Given…the importance of language development, these findings…would suggest that pregnant women should limit their use of this analgesic during pregnancy.”
There is especially compelling research tying acetaminophen use to autism spectrum disorder (ASD). In a 2017 study (written by a “who’s who” of autism researchers at Duke, Harvard and the University of Colorado), the authors note that “the long-term effects of acetaminophen exposure on neural development have never been evaluated in humans” and point out that even at very low doses, acetaminophen “triggers immune system activation and oxidative stress responses”—both of which are hallmarks of autism. They also assemble evidence for both prenatal and postnatal associations between acetaminophen use and neurological problems in children, including mentioning a reported link between circumcision-related acetaminophen use and increased autism prevalence.

Many parents report witnessing the onset of regressive autism following their child’s concurrent receipt of acetaminophen and vaccines.

Studies published in 2018 propose that acetaminophen may function as an ASD risk factor in combination with other pharmaceutical and environmental toxins. For example, researchers speculate that acetaminophen magnifies the damage done by antibiotics and glyphosate because it impairs sulfate metabolism and depletes the master antioxidant—glutathione—that the body needs in order to engage in effective detoxification.
Report this ad
Report this ad
Many parents report witnessing the onset of regressive autism following their child’s concurrent receipt of acetaminophen and vaccines. However, researchers desirous of keeping the focus on acetaminophen tend to avoid discussing possible vaccine-related synergistic effects. This is somewhat puzzling, given vaccines’ aluminum content and aluminum’s capacity to impair detoxification in much the same way as acetaminophen. In fact, there are multiple mechanisms “whereby significant quantities of aluminium introduced via immunisation could produce chronic neuropathology in genetically susceptible children,” including oxidative stress, glutathione depletion and increased inflammation. The “synchronicity…between the onset of the autism epidemic and the surge in acetaminophen use” is undeniable, but so is the synchronicity between autism and the ever-expanding childhood vaccine schedule.

For years, health providers and parents have handed out acetaminophen-containing products like candy, heedless of the compound’s documented toxicity. Johnson & Johnson, the manufacturer of Tylenol and one of the world’s largest pharmaceutical companies, has been only too happy to continue encouraging perceptions of a “favorable safety profile”; however, recurrent lawsuits and recalls and the abundant literature describing toxic outcomes suggest that it may be time for acetaminophen’s glory days to come to a close.

Sign up for free news and updates from Robert F. Kennedy, Jr. and the Children’s Health Defense. CHD is planning many strategies, including legal, in an effort to defend the health of our children and obtain justice for those already injured. Your support is essential to CHD’s successful mission.


You Can Help Stop The 5G Infrastructure

We plan to investigate the telecom industry, it’s ties to politics, and expose its efforts to push 5G while ignoring the dangers and without proper safety testing, but we can’t do it without your support.
We’ve launched a funding campaign to fuel our efforts on this matter as we are confident we can make a difference and have a strong plan to get it done.
Check out our plan and join our campaign here.