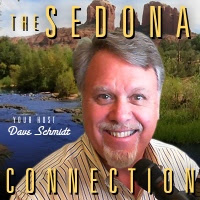 NOW  FOR THE CROWD SOURCE DONATIONS EH DAVE & ROBERT? YOUR LITTLE ART SCAM NOT QUITE WORKING OUT FOR YOU? BWAHAHAHAHA

Hmm odd.. after videos calling them out about court threats and telling them in LEGAL terms they would lose and ALL the Meta 1 Coin Team would be subpoenaed  to testify if they wanted to play that game...check out their site today! The team is no longer listed. the claims about billions in art - gone. Whitepaper. Gone.

"META 1 Coin presently holds a profound asset portfolio in gold and Surety Bond(s) of equal value. These assets are assigned as the financial backing of META 1 Coin. "


The SEC is investigating these shysters. If you have been taken in by them please report them! They have no assets besides the gullible that get duped into sending them money.

Last June I wrote about former Washington state senator turned dinar guru Dave Schmidt taking an old photo of a well known gold storage facility in England and trying to pass it off as a secret location of a gold storage facility in some remote corner of the earth.  Well, a couple of months ago Ssmith at Dinar Daily caught Dave in another case of photo faking douchebaggery when he claimed to have a photo of Vice President Pence’s plane on the tarmac in Reno, Nevada.  A quick check of the veep’s schedule showed that he was in DC on the dates Dave stated in his claim.  Not only that, but it turned out that the photo was actually taken some 3,000 miles away in Aruba back in June of 2010.

Dave claimed that somebody copied his photo and uploaded it to another site to discredit him, but it was actually displaying at archive.org where snapshots of websites are taken frequently to provide the history of websites.  There is no way that anybody could have uploaded Dave’s photo from March of 2017 to archive.org in June of 2010 without a time machine.

Dave shared the Dinar Douchebag of the Year award with ex-con Tony Renfrow in 2014, and for good reason.  He is equally smooth talking and equally sociopathic.  The sooner they send him off to the graybar hotel like they did with Tony the better.