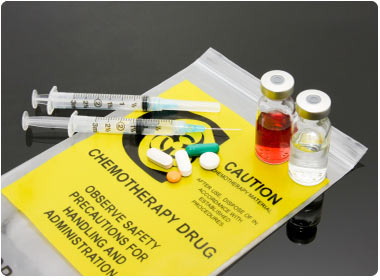 Even though China has a larger population, their cancer rate is higher than the U.S.36 In this informative interview with Thomas Seyfried, Ph.D., who in my view is one of the most prominent and knowledgeable cancer biologists in the world, we discuss the role mitochondria and metabolism play in the development of cancer.
As Seyfried discusses, under an electron microscope mitochondrial structure and number are abnormal, leading to abnormal function. These changes mean cancer mitochondria are only able to use glucose and/or glutamine in a fermentation process to produce enough energy to survive.
The respiratory process used in normal cells using glucose to produce energy is not available to the cancer cells because of the structural abnormality in the mitochondria. This information means targeting glucose and glutamine in the treatment of cancer all but eliminates their source of energy and starves the cells, so they can't survive.
By bringing the body into ketosis, the cancer cells are unable to use ketones in fermentation and therefore have no mechanism to make energy. Conversely, there is new information demonstrating that cancer is not a genetic disease. As Seyfried describes in the video:
"The nuclear transfer experiments are showing that it cannot be a genetic disease. There has been no scientific argument that I have seen, a rational argument, to discredit the multitude of evidence showing that the mutations are not the drivers but the effects. As a matter of fact, there's new information now where people are finding so-called genetic drivers of cancer expressed and present in normal cells."
He goes on to say:
"And now we're finding many cancers that have no mutations … yet they're fermenting and they're growing out of control. So, there's a number of new observations that are coming out that challenge this concept that cancer is a genetic disease. So, then, once you realize that it's not a genetic disease, then you have to seriously question the majority of therapies that are being used to try to manage the disease."
Seyfried believes that cancer is not a genetic disease, mutations are a downstream phenomenon and — most importantly — that we could drop the death rate by 50% in 10 years. This could be accomplished if cancer were treated as a mitochondrial metabolic disease targeting fermentable fuels, rather than using toxic therapies focused on downstream effects.
Most of the current toxic therapies, such as chemotherapy and radiation, are focused on stopping replication of the cells, but by removing the cancer cells' fuel source, they will also die without the negative, and sometimes devastating, effects of therapy.
Guidelines to reduce your potential risk
Seyfried's landmark theory of cancer metabolism is available as a free PDF37 and many of his theories of energy production in cancer metabolism are found in his most recent paper,38 "Mitochondrial Substrate-Level Phosphorylation as Energy Source for Glioblastoma: Review and Hypothesis."
Very simply put, by removing the energy source for the cancer cells, you cause the cells to die. To reduce your risk consider using a cyclical ketosis dietary plan as it improves your metabolic flexibility and reduces your cells' dependence on glucose, the primary fuel for cancer cells.
Additionally, you may reduce your risk by ditching processed foods of all kinds, eating only whole, organic fruits and vegetables and grass fed, pasture-raised meats and poultry, maintaining optimal levels of vitamin D, reducing your exposure to toxins, drinking pure water, exercising regularly and getting at least eight hours of quality sleep each night.