The photographer took a clear image of a unknown flying object over Amarillo, California on July 21, 2019. This object has no wings or other visible parts characteristic of an aircraft. A glow comes from the top of the object. 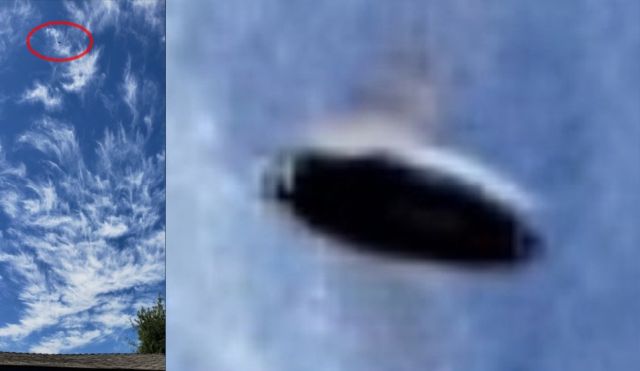 The photographer states: Snapped a photo of beautiful clouds with my Samsung Galaxy S9. Looked at it about 40 minutes later and saw something near the top of the photo I didn't notice while snapping it. 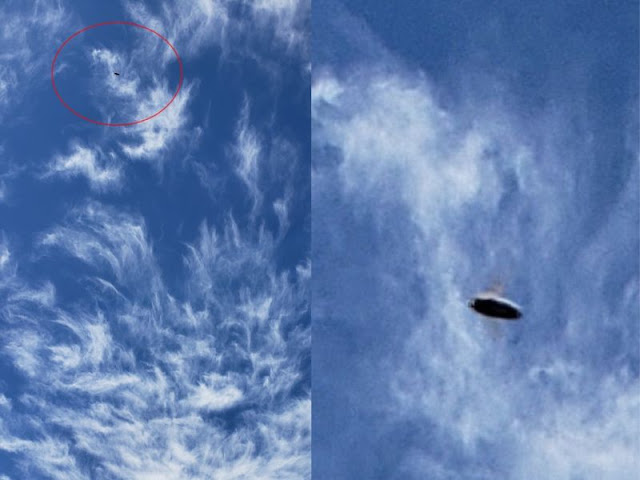 Zoomed in and was amazed to see a disc shaped object reflecting sunshine on top and a dark surface on the bottom. I checked the other pics to make sure it wasn't my lens......clean. Such a clear pic you would think wings of a plane would be visible. Mufon case 102230. 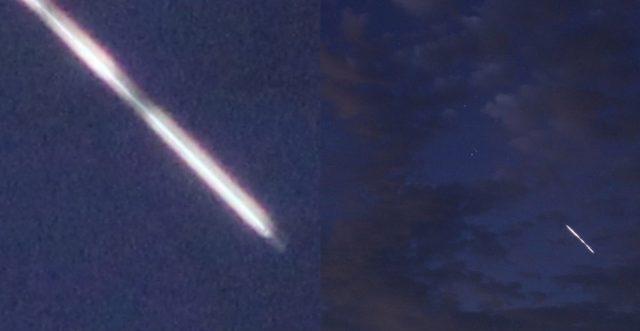 This object was stationary over Jefferson st. and had a pulsating rim that was silvery/ gold. 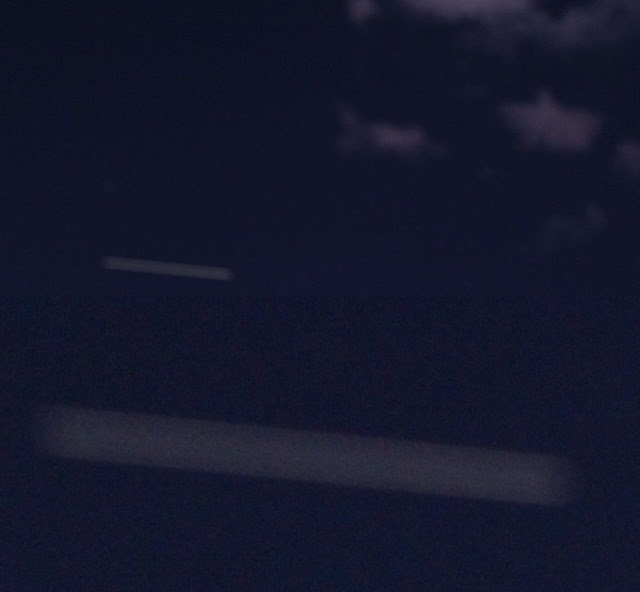 It was at high altitude and it covered about 4/5 of viewable sky and it seemed to extend from my 12 o’clock to the west coast of Manhattan just over ground zero. Mufon case 102198.

Three days later, on July 22, 2019 another huge cigar-shaped UFO has been photographed and this time over Little Egg Harbor, New York and it looks like there is some sort of triangle gate in front of the UFO. 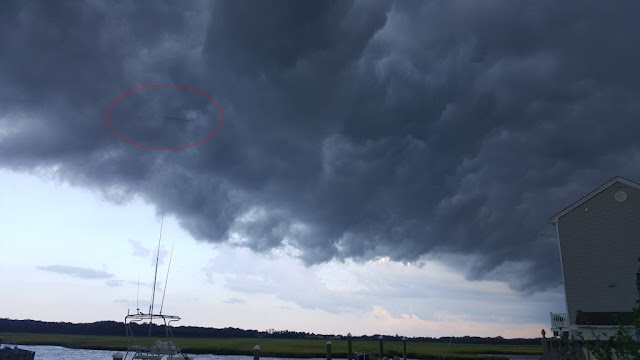 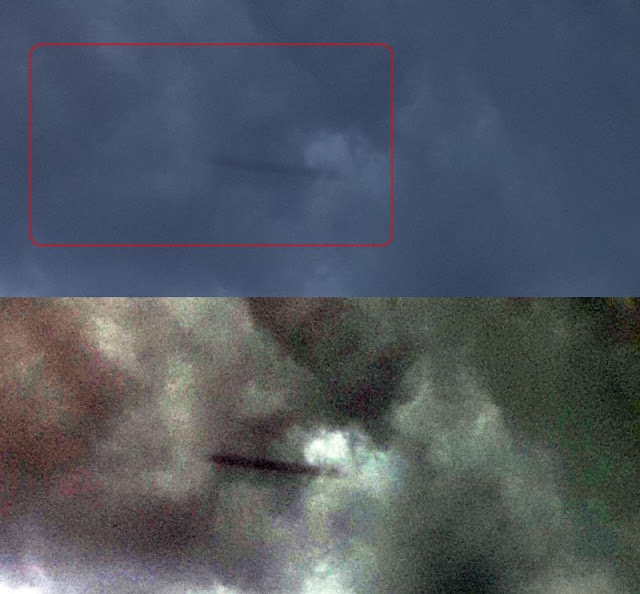 The photographer says: I didn't even notice, I was taking pictures of storm clouds around my house and posted them on Facebook. My brother sent me the photo in messenger with circle around something asking what is that? I looked at the original and the other pictures that I took and it's only in that 1 picture. Mufon case 102220.