Spain: 33 years of UFOs in Cataluña 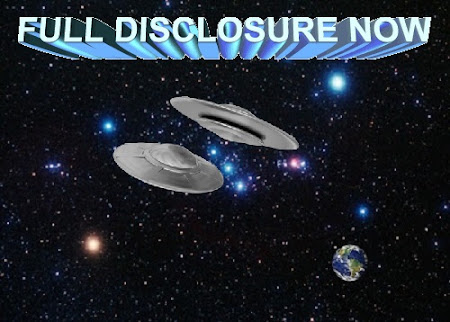 Spain: 33 years of UFOs in Cataluña

Ministry of Defense Allows Access to the 16 Files Under the Custody of the General Staff of the Army Noon, May 13, 1969. Optimal atmospheric conditions at the Reus aerodrome. The weather report says visibility is perfect 10 kilometers around the old military facility. The control tower is guiding the takeoff maneuvers of a Boeing 727 on its way to Germany’s Dusseldorf Airport. Reaching for his binoculars, the air traffic controller on duty calls out to the other five people who are working the tower controls with him: an assistant controller, two mechanics and two soldiers squint to see the “bright motionless spot, circular in shape” that can be made out in the 727’s trajectory. The tower orders the pilot of a nimble two-seater gliding nearby to approach the beam of light to ascertain its nature. The incident, which was never explained, is one of 84 UFO sighting files declassified by the Ministry of Defense. 1,953 pages of reports cover 33 years of events similar to the one in Reus. The documents have been kept under the custody of the Intelligence Section of the General Staff of the Army and are covered with stamps that caution the “confidential” nature of the information. The care with which documents were handled is of another day, and as from this week, it is possible to consult them through the Defense Virtual Library (Biblioteca Virtual de Defensa).
Cataluña appears in 16 binders. Each of the files includes a summary of the circumstances of the sighting: place, date, remarks, conclusions and the proposed classification. Furthermore, the material accompanying the investigation is set on record, that is to say, weather report, photos of the sightings, sketches, drawings, press clippings and eyewitness interviews.
In some of the cases, the visual evidence calls for a great deal of imagination. For example, in the case of a sighting over the Costa Brava in August 1982: a resident of Blanes submitted a detailed dossier to the Air Force HQ describing his sighting of a “rosary of lights” in the sky as he shared an evening with friends from “his penthouse by the sea”. It was a “cylindrical object” some 50 to 100 meters in diameter, with windows, flying and “rotating on its own axis”. The witness provided sketches that try to provide a shape to something attempting to resemble a flying saucer.
There is also a story from a married couple in Sant Cugat del Valles who saw a round unidentified object in the early morning hours from the Arrabassada Highway. The object “gave off red, green and orange” flashes. The Air Force closed the file without investigating it.
UFO fans say that the vicinity of Tibidabo is a customary transit point for unidentified flying objects. One of the most extensive dossiers that can be consulted describes the warning given by the Abbot of Monserrat on 23 February 1971 – a day of intense activity for UFO buffs, as events took place from the Cantabrian Sea to Barcelona, including Madrid and Huesca.
The duty officer at the Barcelona Airport, agents of the Montistrol Guardia Civil (state police), a monk from the Olesa Monastery, the Abbot of Monserrat himself and up to 44 witnesses claimed seeing a “luminous spot” with a striking wake that plunged from the sky to ground at a dizzying speed. Subsequent investigations proved the “actual existence” of the event. However, it was not a UFO, according to the report. The object had been a rocket launched by the Centre d’Essais de Biscarrosse in France.
[Translation (c) 2019 S. Corrales, IHU with thanks to Guillermo Giménez, Planeta UFO and Marc Rovira, El País]