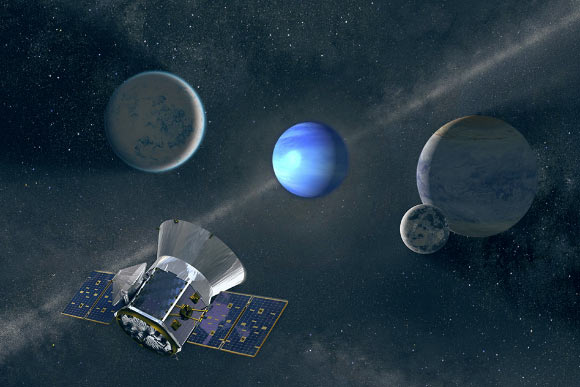 TESS. Image credit: NASA’s Goddard Space Flight Center / MIT News.
TESS began hunting for exoplanets in the southern sky in July 2018, while also collecting data on other phenomena in its line of sight.
So far, the mission has discovered 24 exoplanets (such as HD 39091c; TOI-270b, c and d; HD 15337b and c; HD 21749c; HR 858b, c and d; LTT 1445Ab; and DS Tuc Ab).
These planets range from a world 80% the size of Earth to ones comparable to or exceeding the sizes of Jupiter and Saturn.
TESS has also identified over 850 candidate exoplanets that are waiting for confirmation by ground-based telescopes. 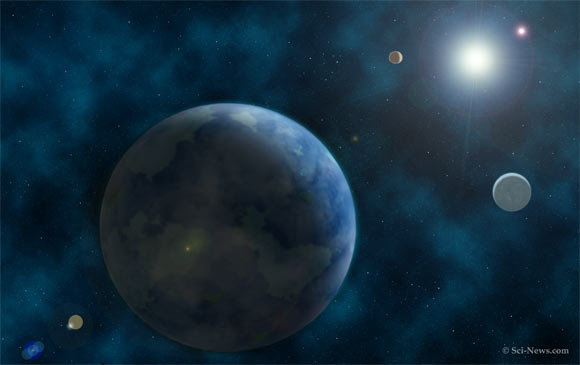 An artist’s conception of the HR 858 planetary system. Image credit: Sci-News.com.
“The team is currently focused on finding the best candidates to confirm by ground-based follow-up,” said TESS team member Dr. Natalia Guerrero, of MIT.
“But there are many more potential exoplanet candidates in the data yet to be analyzed, so we’re really just seeing the tip of the iceberg here. TESS has only scratched the surface.”
In July 2018, TESS snapped clear images of C/2018 N1, a newly-discovered comet in our Solar System. 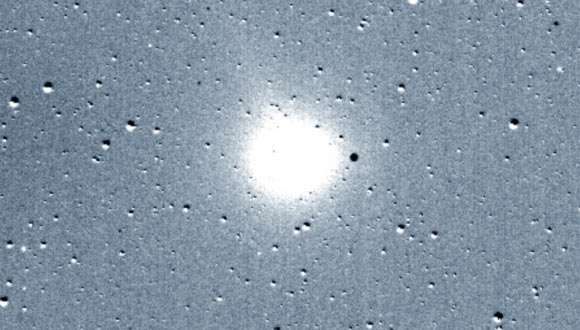 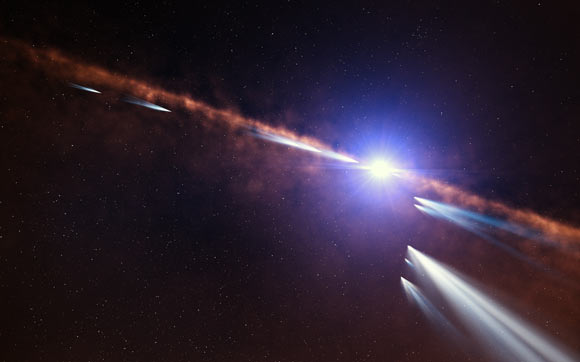 This artist’s impression shows exocomets orbiting beta Pictoris. Image credit: L. Calçada / ESO.
In the first TESS sector alone, observed between July 25 and August 22, 2018, the mission caught dozens of transient events, including images of six supernovae in distant galaxies that were later seen by ground-based telescopes
Astronomers hope to use these types of observations to better understand the origins of a specific kind of explosion known as a Type Ia supernova. 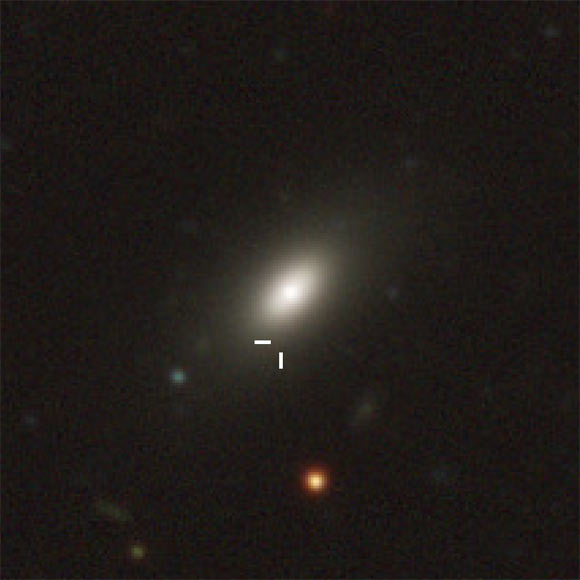 This image from Data Release 1 of the Dark Energy Survey shows 2MASX J04180598-6336523, the host galaxy of the Type Ia supernova ASASSN-18tb; the position of the supernova is marked by the white ticks. Image credit: Kollmeier et al, doi: 10.1093/mnras/stz953.
“The pace and productivity of TESS in its first year of operations has far exceeded our most optimistic hopes for the mission,” said TESS principal investigator Dr. George Ricker, also from MIT.
“In addition to finding a diverse set of exoplanets, TESS has discovered a treasure trove of astrophysical phenomena, including thousands of violently variable stellar objects.”
On July 18, 2019, the southern portion of the survey was completed and TESS turned its cameras to the north.
When it completes the northern section in 2020, the spacecraft will have mapped over three quarters of the sky.