This Zen Beekeeper Is Returning Bee Hives To The Wild Over the past few decades, bees have been disappearing. The number of honeybees in America is only half of the population that existed fifty years ago. Many species are on the verge of becoming extinct. While no one reason can be pointed out, scientists are convinced that this is due to the combined effects of poisonous pest control substances, loss of their natural habitat, and global warming.
However, a solution to this problem might exist. According to Michael Joshin Thiele, an apiculturist from Germany working in California, we might be able to save bees by returning them to their natural habitats rather than breeding them in a commercial space. Starting in 2006, Thiele has conducted many bee rewilding projects. He teaches everything from how to build log hives in your own garden to using organic farms as sanctuaries for bees.
Also read: Minnesota Will Pay Residents To Turn Lawns Into Bee Sanctuaries

Two years ago Apis Arborea, the brainchild of Thiele, was launched. It is a space where people can learn more about bees and share their own knowledge with others. Through his efforts, Thiele hopes to shift the focus from what bees can do for people to what they can do for the planet as a whole.

This incredible journey began with a dream. About seventeen years ago, one night Thiele had a dream in which he saw a huge swarm of bees and it left him filled with a sense of wonder. The dreams continued and he soon started asking around for apiary materials. Then suddenly a swarm of bees came right into Green Gluch, a farm cultivated by the San Francisco Zen Center where Thiele was living and studying to become a monk. They completely covered his gear and changed his life. Though he worked as a beekeeper at the Center for the next three years, he was not satisfied. Using meditation techniques, Thiele started trying to see what the bees truly needed and he soon realized that they were living in a manner alien to their own instincts. He was taken aback when he discovered that there wasn’t much information about what bees were like in the wild. He started questioning things like why hives were constructed on the ground when bees themselves preferred to build them high in the branches of trees. He also pointed out that many beekeepers keep their bees in small spaces whereas natural hives were much bigger.

Over 5000 people have downloaded our free ebook “Growth Hacking Tips And Rituals For Optimal Living” CLICK HERE to get your free copy now
Also read: Scientists Warn That 2,000 Firefly Species Are Facing Extinction
Thiele also noted that the frames used by beekeepers to build hives prevented bees from communicating with each other through vibrations. The artificial materials used and the spaces between cells threw off the vibrations. Since 2002, Thiele has dedicated his life to bees. He even refuses to wear the usual beekeeping outfit and instead works with his bare hands. This helps him develop an intimate relationship with the bees and he gains a better understanding of their needs. All of Thiele’s hives are made up of completely natural substances. They are built along the same lines as natural hives so that the bees feel like they actually have a home there. Whenever Thiele takes up a rewilding project, the population of bees in that colony actually goes up by around 50%. A lot of people in urban areas are now picking up beekeeping so Thiele is now working harder than ever to spread his knowledge.


He is now fighting for spaces to be set aside where bees can live safely in their natural habitats. Everyone in that locality would have to work to protect the bees by making it as natural as possible for them. Thiele intends to make his ideas the norm. Recently in Utah, legislators took into consideration a new bill preventing people from building apiaries too close together. We need more definitive action like this in order to make Thiele’s dreams come true. 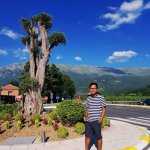 Hey! Message me. I am Mayukh. I help people and websites with content, design and social media management. I am an avid traveler and want to go full digital nomadic by summer 2019. I am currently working on www.noetbook.com - a creative media company. You can reach out to me anytime: mayukh.presi@gmail.com Read More stories by Mayukh Saha