OUT OF MIND » SUPER SCAMMERS!! RV & DINARIAN FRAUDS & THOSE THAT BUST THEM OUT! » RV/GCR, GURU CHATTER & NESARA INFO » The Global Collateral Accounts: Fact and Fiction 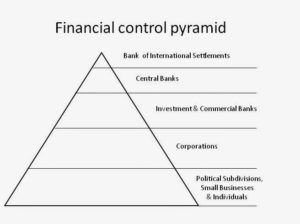 As many in the truther movement know, there has been a great deal of information and disinformation about the global collateral accounts, NESARA, GESARA, the RV (currency revaluation), Count St. Germaine, etc. and things related to Humans getting rich fast.
Over several years we went through a lot of drama with Neil Keenan who supposedly was going after the cabal to secure the global accounts on behalf of Humanity and may have wound up deceased. We know so little for sure due to all the disinformation and coverups in the battle between the factions fighting for control of the planet. They’re fighting amongst themselves to control Earth and all the gold and riches and consistently call each other out, frequently posing as “good guys” because they give us “good information”.
I found it interesting that Field McConnell suggested that someone who had control of the global accounts may soon (re)enter the game; that reports of his death were greatly exaggerated. He said anyone who can use a search engine can look up information related to the man who was in control of those accounts, and his name is Adnan Sakli.
He is touted as having been the owner of the BIS (Bank of International Settlements).
Is Field’s intel correct? We don’t know, but there is this older post from Facebook with some interesting history which suggests it could be. Here’s an excerpt:

Adnan was very comfortable, open and aware of the positive and negative ET-presence on and around the Solar system. He was also aware of the off-planet economy and technology that has been secretly developed.
Given that Adnan held the key to disclosure on so many different levels, especially about the banking business and politics that he would be far to valuable in life than in spirit, for the cause he was dedicated to completing. I see a possibility that Adnan may be off planet, quite secure and protected as well as comfortable and in good health, waiting for the right time to re-appear.

We are becoming more aware of how frequently deaths are faked and I thought it worth sharing. Use your own discretion.

Alex Mike Cechanowicz
about 5 years ago
The Legacy and Demise of Adnan Sakli
“If I had wanted to behave like a King or an Emperor, they could have understood that. Because I want to give the power that I have back to the people, that they cannot understand”! – Adnan Sakli, holder of the Global Accounts

Adnan Sakli died on the 27th of February 2014 (corrected time of death). Although the immediat...
Continue Reading


There’s also this audio released after Sakli’s death. “Sakli” sounds Swiss to me, and since we know the Rothschilds have infiltrated Switzerland for some time and hide out there, we have a bad taste in our mouths about some of the Swiss people.

Mike Cechanowicz
Published on Mar 16, 2014
In a private Skype conference call from 2003, he talks about what it has been like to fight off the criminal elements in the global economic landscape. He wanted the world to know what the reality of the situation is. Therefore it is released after his death, 28, Feb. 2014. The accounts are in “lock down”. The audio is edited with Adnans voice alone.
Now, this next video sounds like it’s narrated by a Swiss man. I thought it worth looking into since Field McConnell’s intel has been good so far and his guests well connected and well informed with regard to the activities of the Trump/Q Team.
You might want to do your own research. I’m not into chasing money. What will happen, will happen, and we will all have abundance and an enjoyable life in the end.  ~ BP

OUT OF MIND » SUPER SCAMMERS!! RV & DINARIAN FRAUDS & THOSE THAT BUST THEM OUT! » RV/GCR, GURU CHATTER & NESARA INFO » The Global Collateral Accounts: Fact and Fiction