OUT OF MIND » TRUTH IN CONSPIRACY THEORIES? » #EPSTEINDIDN'TKILLHIMSELF » 8/14 EPSTEIN UPDATES - 4chan LEAKED Epstein's Death Before the News plus MORE 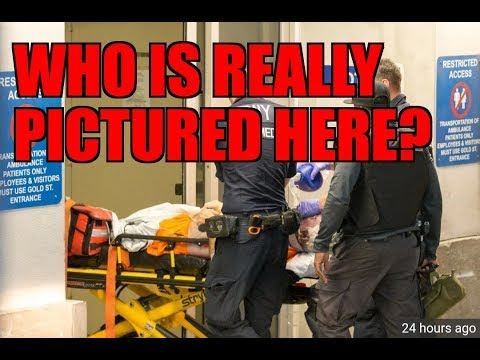 Source: Larry Celona, Eileen AJ Connelly
Millionaire pedophile Jeffrey Epstein died in an apparent suicide while in federal custody in Manhattan early Saturday, a stunning end that both infuriated and baffled his victims, and the federal officials responsible for his safety.
For reasons still unclear, the jet-setting 66-year-old financier, who had faced up to 45 years in prison on charges of sex-trafficking dozens of teenage girls — accusers who have also implicated many in his circle of powerful, wealthy pals — had recently been taken off suicide watch, officials said.
He was found unresponsive in his single-inmate cell at the Metropolitan Correctional Center at about 6:30 a.m. and was dead on arrival at nearby NewYork-Presbyterian Lower Manhattan Hospital, sources told The Post.
The disgraced money manager was found hanging by his neck, a source told The Post.
US Attorney General William Barr said he was “appalled” by the apparent suicide at the ultra-secure lockup, which has held some of the world’s worst terrorists and drug lords. Suicides there are nearly unheard of.
“I was appalled to learn that Jeffrey ­Epstein was found dead early this morning from an apparent suicide while in federal custody,” Barr said in a statement.
“Mr. Epstein’s death raises serious questions that must be answered. In addition to the FBI’s investigation, I have consulted with the inspector general, who is opening an investigation into the circumstances of Mr. Epstein’s death,” Barr said.
Upon finding Epstein unresponsive in his cell, jail staff immediately attempted to revive him, officials said.
EMS responded to the hospital after a 6:39 a.m. emergency call, sources told The Post.
Read More

What We Know About How Jeffrey Epstein Died
Date: August 13, 2019Author: Nwo Report

Jeffrey Epstein allegedly committed suicide in his Lower Manhattan cell on the night of August 9th, 2019. He was found lifeless in his cell where he was then given emergency treatment and rushed to the hospital where he was pronounced dead.
Although the mainstream media keeps calling this a suicide, there is absolutely no evidence of suicide, and without any proper investigation, we can’t come close to saying what really happened.
Epstein was 66 years old and was set to stand trial in 2020 for allegedly sexually abusing dozens of minor girls in New York and Florida.
Read More

A former inmate at the jail where Jeffrey Epstein was held explains why there is ‘no way’ Epstein killed himself
Date: August 13, 2019Author: Nwo Report

‘If the guards see that the guy is breaking, they’re going to help you break’

Source: Chris Enloe
A former inmate at the Metropolitan Correction Center, a federal penitentiary in lower Manhattan, told the New York Post on Saturday there is “no way” that Jeffrey Epstein killed himself.
Ditch the fake news ==> Click here to get news you can trust sent right to your inbox. It’s free!
The comments, which were made on the condition of anonymity, will undoubtably add fuel to conspiracy suspicions that surround Epstein’s death
“I’ve done too much time in those units. It’s an impossibility,” the former inmate, who spent time in MCC’s special housing unit, where Epstein was held, told the Post.
The former inmate explained the physical dimensions of the special housing unit cells, in addition to secluded inmates not possessing any items transformable into an “instrument of death,” prevented Epstein from harming himself.
“They don’t give you enough in there that could successfully create an instrument of death. You want to write a letter, they give you rubber pens and maybe once a week a piece of paper,” the former inmate said.
Read More

It’s not difficult to keep Epstein and Co. in focus with all the activity ongoing and the many revelations concerning the criminal and his associates. AG Barr assures us no one is getting off who participated in pedophilia.
Epstein going away doesn’t mean their problem goes away.
Check out this article from August 13 about the latest activity by the FBI at “Orgy Island”.
We may not hear all the gruesome details about what authorities discover at Epstein’s islands, or other islands such as the ones owned by “Sir” Richard Branson. That information may be reserved for the truther movement who have proven they are warriors. 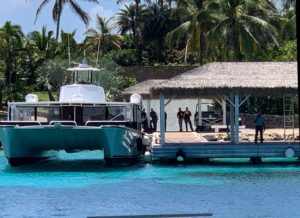 This older death appears to also be linked to the Epstein investigation.

Daniel brings us his latest info on the pedophilia scene.

Rudy Giuliani provides a lot of solid background information that put some of the disinformation and questions about Epstein’s alleged suicide to rest; information like the bed sheets are paper, not cloth. Clearly the “end” of Epstein’s stay at the jail did not happen the way we’re told, and there is plenty of information available to support the theory that the White Hats have secured their asset.  ~ BP

OUT OF MIND » TRUTH IN CONSPIRACY THEORIES? » #EPSTEINDIDN'TKILLHIMSELF » 8/14 EPSTEIN UPDATES - 4chan LEAKED Epstein's Death Before the News plus MORE