The Tower of Google 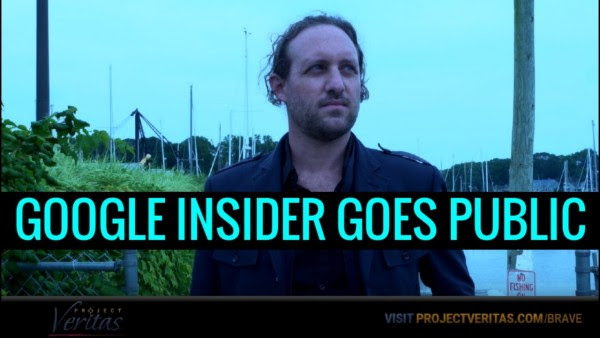 The Tower of Google


When Trump announced his candidacy for the presidency, it seemed like a joke to me. Still, he was the first candidate to publicly doubt the official explanation for 9/11, he discussed the possibility of a link between vaccines and autism and he wanted the US to stop off-shoring all of its manufacturing and intellectual property to China.
I’d been publishing exactly about these “fringe” topics for over 5 years! I was surprised that the Trump I knew from the 1990s was actually talking about these things and I was intrigued. Although I was a registered Democrat, my investigations had turned me virulently against Hillary and when it came time to choose between the two, there was no question as to whom I would endorse, which i did do months before the election.
It was around this time that my life was plunged into chaos. Without warning or recourse, Google demonetized their ads on my site by over 80%. This was followed by 3 years of a Deep State coup d’état against Trump, during which time his supporters in online publishing were systematically impoverished, lied to and gaslighted about the lies.
My little blog had inadvertently been swept into the center of the Crossfire Hurricane psyop to remove Trump and to disenfranchise his supporters.
Most of my friends and family became so Trump-deranged from the incessant din of the dinosaur media that it became nigh impossible for us to communicate. It’s as if we’re re-living the Tower of Babel.
Then both my parents died. I was simultaneously orphaned, rendered destitute by algorithms, pilloried by the media and most recently, lumped in with all the “deplorables” as a “white supremacist”.
It’s all so stupid, I’m almost catatonic from it. Why aren’t my fellow Liberals pushing back on this nonsense? Can’t people see that this is asymmetrical warfare be waged against the populace?
Thankfully, yesterday marked the biggest break in this story so far, when Google Senior Engineer Zach Vorhies came forward, having delivered 950 documents to the DOJ’s Anti-Trust Division, proving that what I and everybody else in my business has been saying for the past several years is true: We are indeed being algorithmically de-ranked, demonetized, de-platformed and de-personed – or as he says, “They were intending to sculpt the information landscape so that they could create their own version of what was objectively true.”
I thought what I’ve been going through is tough but in just one month, you will not believe what Google has put Vorhies through – and it’s far from over for him, as they fully intend to destroy him.
In this video, Vorhies sits with James O’Keefe of Project Veritas shortly after Google had sent the FBI, the San Francisco Police, a bomb squad and a couple of snipers to his apartment do a “wellness check”, cordoning off a 3-block area.
The intent of this overkill was to elicit a response from him, whereby he could be deemed mentally unstable, to help advance Google’s legal case against him or else to escalate the situation, such that he might get shot and killed. Luckily, he acquitted himself with calm throughout the episode, as we see here.
I am so grateful for the ethics and the courage of this young man and for the first time in many years, I feel as if we may one day again have an Internet that is free.