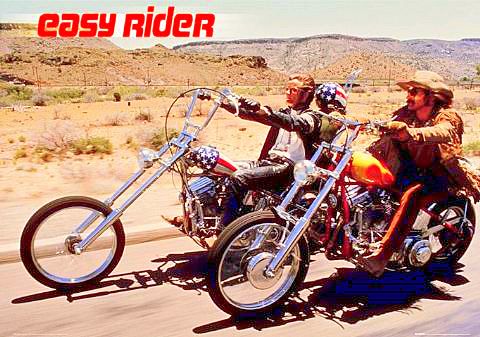 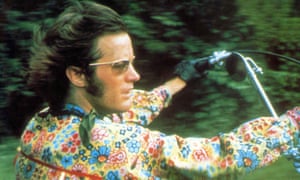 Fonda in Easy Rider. Photograph: Moviestore/Rex/Shutterstock
The actor Peter Fonda has died at the age of 79 following a battle with
lung cancer, his family has said.
Fonda, who co-wrote, produced and starred in the classic 1969 road movie Easy Rider, died peacefully at his home in Los Angeles on Friday, his family said in a statement. 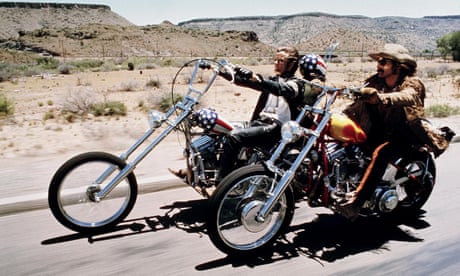 Easy Rider at 50: how the rebellious road movie shook up the system


He was the son of Henry Fonda and younger brother of Jane Fonda.
A statement from his family said: “It is with deep sorrow that we share the news that Peter Fonda has passed away.
“In one of the saddest moments of our lives, we are not able to find the appropriate words to express the pain in our hearts. As we grieve, we ask that you respect our privacy. And, while we mourn the loss of this sweet and gracious man, we also wish for all to celebrate his indomitable spirit and love of life.
“In honor of Peter, please raise a glass to freedom.”
Fonda died at 11.05am local time, according to his family. The official cause was respiratory failure due to lung cancer, they said.
Fonda was a well known figure of the 1960s counterculture movement. He earned an Academy Award nomination for best original screenplay for Easy Rider, which also starred Dennis Hopper.
He was nominated for the best actor Oscar for the 1997 drama Ulee’s Gold and won a Golden Globe for the film.
More details soon …


… has never been more important in American public life. Guardian journalism, driven by fact-based reporting, offers an independent voice of reason at a time when the national conversation is divisive and embittered. At a time of acrimony, America is in need of public civility. For 200 years Guardian journalism has been committed to giving expression to hope, not hate, and choosing fairness over fear.
More people are reading and supporting The Guardian’s independent, investigative journalism than ever before. And unlike many news organisations, we have chosen an approach that allows us to keep our journalism accessible to all, regardless of where they live or what they can afford. But we need your ongoing support to keep working as we do.
The Guardian will engage with the most critical issues of our time – from the escalating climate catastrophe to widespread inequality to the influence of big tech on our lives. At a time when factual information is a necessity, we believe that each of us, around the world, deserves access to accurate reporting with integrity at its heart.
Our editorial independence means we set our own agenda and voice our own opinions. Guardian journalism is free from commercial and political bias and not influenced by billionaire owners or shareholders. This means we can give a voice to those less heard, explore where others turn away, and rigorously challenge those in power. 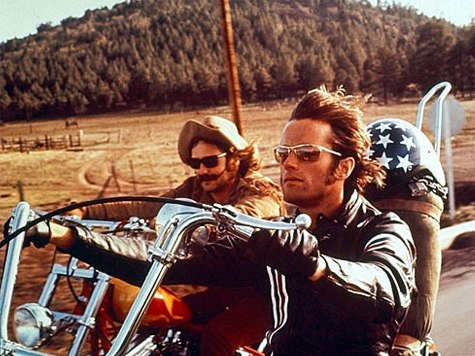 Posts : 3471
Join date : 2012-02-10
Age : 64
Location : Florida
They forgot to mention his movie Crazy Larry and Dirty Mary!! The movie where they hit the train in an orange grove-with the yellow Dodge Charger!!