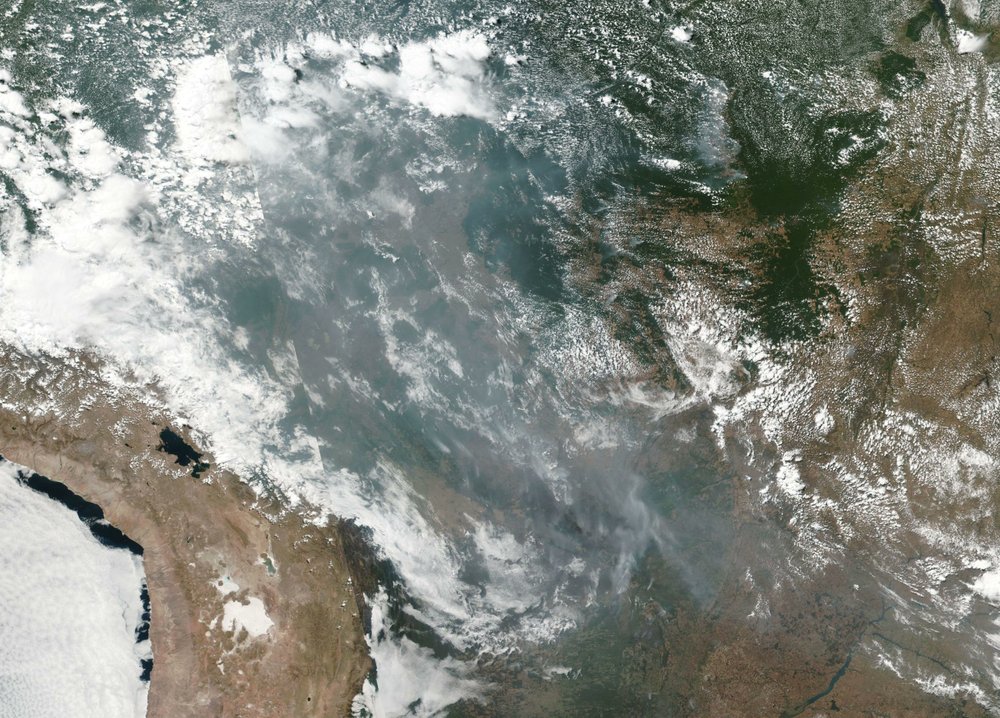 Source:
RIO DE JANEIRO (AP) — Amid global concern about raging fires in the Amazon, Brazil’s government complained Thursday that it is being targeted in smear campaign by critics who contend President Jair Bolsonaro is not doing enough to curb widespread deforestation.
The threat to what some call “the lungs of the planet” has ignited a bitter dispute about who is to blame during the tenure of a leader who has described Brazil’s rainforest protections as an obstacle to economic development and who traded Twitter jabs on Thursday with France’s president over the fires.
French President Emmanuel Macron called the wildfires an international crisis and said the leaders of the Group of 7 nations should hold urgent discussions about them at their summit in France this weekend.
“Our house is burning. Literally. The Amazon rain forest — the lungs which produces 20% of our planet’s oxygen — is on fire,” Macron tweeted.
Bolsonaro fired back with his own tweet: “I regret that Macron seeks to make personal political gains in an internal matter for Brazil and other Amazonian countries. The sensationalist tone he used does nothing to solve the problem.”
Onyx Lorenzoni, the president’s chief of staff, earlier in the day accused European countries of exaggerating environmental problems in Brazil in order to disrupt its commercial interests.
“There is deforestation in Brazil, yes, but not at the rate and level that they say,” said Lorenzoni, according to the Brazilian news website globo.com.
His allegation came after Germany and Norway, citing Brazil’s apparent lack of commitment to fighting deforestation, decided to withhold more than $60 million in funds earmarked for sustainability projects in Brazilian forests.
The debate came as Brazilian federal experts reported a record number of wildfires across the country this year, up 84 percent over the same period in 2018. Satellite images show smoke from the Amazon reaching across the Latin American continent to the Atlantic coast and Sao Paulo, Brazil’s biggest city, according to the World Meteorological Organization.
U.N. Secretary-General António Guterres tweeted: “In the midst of the global climate crisis, we cannot afford more damage to a major source of oxygen and biodiversity. The Amazon must be.
Learn More