OUT OF MIND » THE INSANITY OF REALITY » FINANCIAL COLLAPSE » Who Controls All of Our Money?

Who Controls All of Our Money? 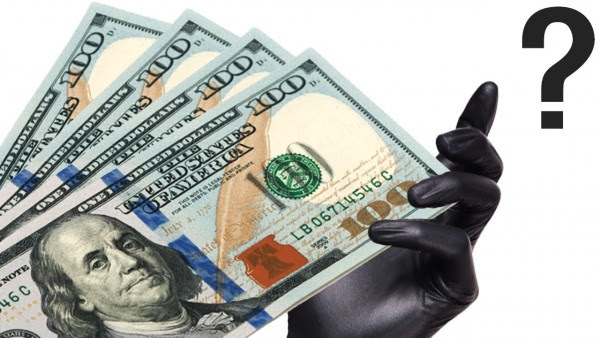 Who Controls All of Our Money?

Central banking is really about a small group of people establishing the rules of human interaction and controlling it with the ultimate chokepoint that is money.
The central banking system is behind so much of what we think of as modern history; the birth of nations, the wars for resources, the petrodollar, on down to the UN and the antics of the proponents of the Green New Deal and this completely crazy moment that we’re now living through in world politics.
The originator of the idea for a private bank that could issue the money to the government out of thin air is often said to be Scottish banker, William Paterson, who was one of the founders of the Bank of England in 1694, which was established to issue a £1.2 million loan to the English government, which had just suffered through 50 years of war and needed money in order to function. Central banking has since become more influential than laws, governments and politicians and yet, it is scarcely ever discussed.
Describing the power and influence of the central banks is like trying to describe water to a fish but Aussie YouTuber Cold Fusion has done a great job of recounting the history the Federal Reserve System of the United States.
AN ABRIDGED HISTORY OF THE FEDERAL RESERVE SYSTEM
In 1910, after two failed attempts, a group of bankers wanted to put a central bank in the United States of America. Senator Nelson Aldrich boarded a private train car in New York with six others for a secret meeting in Jekyll Island off the coast of Georgia, out of which came their plan for the Federal Reserve System.
Cold Fusion narrates, “So why was it done in secret? Because the American people didn’t want a central bank. Back then, unlike today, people knew what central banks were and understood them very well. Everywhere a central bank went, there would be wealth inequality, wild swings between economic booms and busts and after each bust, those in the top of society mysteriously came out richer, while everyone else got poorer. Europe was a running example of this at the time. The Federal Reserve was originally drafted as the ‘Aldrich bill’, but when it came into Congress, they recognized Senator Aldrich’s name and smelled a rat.
“The bankers needed better cover. They decided to send two millionaire friends to carry the bill to quell the suspicions of Congress and renamed it ‘The Federal Reserve Act’. Next in this textbook lesson of deceit the bankers set out to fool the American people through disinformation. In the newspapers of the day the bankers screamed and protested against the new Federal Reserve bill. ‘It would ruin the banks!’ they exclaimed. The average person read the protesting articles of the bankers and thought to themselves: ‘If the bankers hate it, it must be good’ and then they ended up unknowingly supporting a Trojan horse. The bankers also fooled Congress by putting clauses in the bill that limited their power only to remove them once the bill was passed.
“A double head fake of the public and Congress was all it took. The bill was passed on December 23rd 1913 while most of Congress was out on holiday. And with that, a small group had complete monopoly over the issuing and creation of American money. Today the Federal Reserve is the most powerful entity in the United States and they’re not ashamed to admit it either…

“The only places in the world that don’t have central banks are North Korea, Iran and Cuba. In 2000, this list suspiciously included Afghanistan, Iraq and Libya.
“And number two: since the end of World War II, the US dollar has been the reserve currency of the world. This means that all central banks hold US dollars in their reserves. In other words, all other currencies are backed by the US dollar. This directly links your country to the Federal Reserve’s monetary policy in America…
“When the post-World War II monetary system, called the ‘Bretton Woods’ system was created, all US dollars were backed by and exchangeable for gold…Unfortunately, in 1971, due to a falling US dollar, international capital flows into gold and the funding of the Vietnam War, President Nixon took the US dollar off the gold standard…
“If the US dollar is backed by nothing but the world reserves are backed by the US dollar, intrinsically since 1971, doesn’t this mean that all currencies are now backed by nothing tangible, only trust in the American government? Well, this is correct!
WHAT IS FIAT CURRENCY?
“Money backed by nothing is known as ‘fiat currency’. ‘Fiat’ in Latin means ‘let it be done’. In other words, the government says it is money, so it is. A consequence to having money backed by nothing is that whenever the Federal Reserve creates money it dilutes the currency supply of all other nations because their reserves are backed by the US dollar…
“A central bank is essentially the entity that manages a nation’s money supply and it can loan money to the government with interest. In the United States and most other countries it works like this:
“When the government needs more money than they received from taxes, they ask the Treasury Department for money. The Treasury then receives an IOU or bond from the government. The Treasury, through the banks, gives this IOU to the Federal Reserve. The Fed then writes a check for this IOU and hands it to the banks.
“At this exchange at the banks, money is created and it can be used to pay government bills…If you and I did that, we would go to jail for fraud but they can do it because they invented the system…
“Another part of this money creation happens at the commercial bank side. Every time you take out a loan to buy a house, car or TV, banks create money out of nowhere to give you this loan and you still have to pay interest on it…
“Each time the bank makes a loan, the bank doesn’t use other people’s deposited money and give it to you. It creates new money. In modern times, this means typing digits into a computer. 97% of all money is digitally created like this. Only 3% is the physical cash and coins that we carry.
“Another crazy thing that commercial banks can do is lend out 10 times more money than they actually have in reserves. This is called fractional reserve lending…
“[We’ve been] talking about how central banks and commercial banks can create money out of nothing. This procedure actually does create something. It creates debt. Let me explain:
“When you take out a loan, it’s written down as an asset in the bank as a negative form, kind of like a negative value of money, or otherwise known as ‘debt’. Under this system, debt is actually money…
“If people and governments stopped borrowing money and paper clones, the debt doesn’t grow, the money supply shrinks and the system falters. It truly is bizarre, but we all live in this system each and every day.
“The Federal Reserve and other central banks control money by adjusting its supply and how much it costs to borrow money, otherwise known as the interest rate…
“So, in essence, it is the central banks that control our economy and the central and commercial banking system together that control all of our money. The difference is central banks can create money at will while commercial banks need loans to create money.”
THE CONTROLLERS OF THE WORLD
Things have not ended well for leaders who have tried to reject this system. Think Afghanistan, Iraq and Libya. Think Abraham Lincoln and his “Greenback”. Think of John F Kennedy and Executive Order 11110.
In the deepest end of the Deep State, you will find the central banks. These people at the top are a small group with concentric rings of power in finance, the military industrial complex and large corporations. They meet at places like Davos, Bilderberg, the Aspen Institute and the Council on Foreign Relations to design marketing campaigns for our enslavement. They are the Globalists who want to abolish national sovereignty, to push the Green New Deal and to usher in a Socialist transhumanist technocracy.
The Bank for International Settlements in Basel, Switzerland is known as “the central bank of central banks”. The world’s intelligence agencies ultimately serve the central banks, not the people of their purported nations. The Deep State is transnationalist. That’s why you also see the involvement of British, Italian and Australian intelligence in the US Federal bureaucracy’s coup attempt against Donald Trump.
The intelligence agencies and news agencies are inextricably conjoined. Intelligence agencies formulate the transnationalist propaganda that’s disseminated by the mainstream media. Trump is at war with these Globalists, which is why we see news anchors acting with unprecedented, seditious derangement every day.
Lately, they’ve been on an anti-male and an anti-white kick and you see their puppets everywhere, from huge international corporations like Nike and Gillette, to members of “the Squad” in Congress, to the Mainstream Media, spouting all the latest talking points, simultaneously.
It’s all so fake but it’s hard to stay hidden in the Information Age. It will be interesting to see how this all shakes out.

OUT OF MIND » THE INSANITY OF REALITY » FINANCIAL COLLAPSE » Who Controls All of Our Money?

» THRIVE I Clip: He who controls the money, controls the world
» Former World Bank Senior Council Says A “Second Species” On Earth Controls Money & Religion (Are these the Khazars?)
» POOFness for OCT 14: MONEY, MONEY, MONEY SEND ME YOUR MONEY
» TOWARD A TWO-TIER MONEY SYSTEM AND MONEY CREATED FOR THE PRIVATE SIDE – By Winston Shrout
» POOFness for OCT 7: LEGAL THINGS FOR MONEY RELEASE or more bullshit to scam you out of money