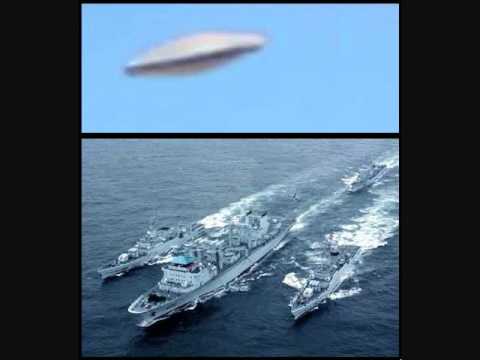 A top Republican on the House Homeland Security Committee is accusing the Navy of withholding information about reports of unidentified aircraft after officially requesting more data on the mysterious encounters.
Rep. Mark Walker of North Carolina, the ranking member of the Intelligence and Counterrorism subcommittee, asked Secretary Richard V. Spencer in July to outline what resources the Navy is dedicating to investigating the sightings. He also asked if officials have found "physical evidence" to substantiate the claims, and whether they are aware of any foreign nations or private companies that have introduced breakthrough technologies that could explain them.

Navy Undersecretary Thomas Modly responded in a brief letter on July 31 that "the Department of the Navy takes these reports very seriously and continues to log sightings and fully investigate the accounts," according to a copy provided to POLITICO.
But Walker said he is discouraged by the Navy's seeming unwillingness to provide his committee with more data about the so-called unidentified aerial phenomena — the term the Pentagon prefers over the more traditional "unidentified flying objects," or UFOs. He has expressed concern publicly that the craft could pose a threat to U.S. forces or territory.
“While I am encouraged the Under Secretary of the Navy confirmed that UAP encounters are fully investigated, there is frustration with the lack of answers to specific questions about the threat that superior aircraft flying in United States airspace may pose," Walker told POLITICO in a statement.
Navy spokesperson Joe Gradisher responded that the service is prepared to accommodate any further congressional requests for information. "At this point in time, however, we have not received any new requests for updates on this issue," he said by email.
Congressional interest in the unidentified aircraft reports has grown since revelations by POLITICO and other news outlets in late 2017 that the Pentagon had investigated the sightings through a program established a decade earlier by former Sen. Harry Reid of Nevada.
Among the revelations were sightings reported by pilots and other personnel assigned to the USS Nimitz and the USS Theodore Roosevelt battlegroups in 2004, 2015 and 2016, including footage of unknown aircraft exhibiting characteristics that appear to defy known aerodynamic properties. The Pentagon also financed a series of theoretical studies to try to explain how the aircraft might operate — ranging from "Detection and High Resolution Tracking of Vehicles at Hypersonic Velocities" to "Warp Drive, Dark Energy, and the Manipulation of Extra Dimensions."
Members of Congress on several oversight committees have also sought classified briefings from the Pentagon on the research in recent months.
The Navy has insisted it is taking the reports seriously, including the potential the sightings could be explained by "unmanned aerial systems," or pilotless drones. Modly's brief letter to Walker, for example, explains that "the wide proliferation and availability of inexpensive unmanned aerial systems (UAS) has increasingly made airspace de-confliction an issue for our aviators."
Modly's response added that "naval aircrews have been provided reporting guidance to determine the frequency and location of UAS operating in training areas," and that the Navy "continues to dedicate resources to the tracking and investigation of reports that could affect the safety of our aircrews."
POLITICO first reported in April that the Navy has updated the process for personnel to report unidentified aircraft.
But Walker specifically queried the Navy on "UAPs," not drones — citing reports of aircraft traveling at speeds and making maneuvers that go well beyond what is believed to be technologically possible.
In his July 16 letter to Spencer, Walker asked a series of specific questions about the sightings, including: "Does the Department continue to dedicate resources to tracking and investigating the claims? If so, to what measure? Has the Department found physical evidence or otherwise that substantiates these claims?"
In a recent interview, Walker said he believes Congress needs to know what more the military has been doing since the Advanced Aerospace Identification Program set up by Reid was officially wound down in 2012. "Has it ended? If it has ended are we documenting anything? Where are the resources coming from?" Walker asked. "That’s a fair question that constituents and the American people would like to know.”
Walker told POLITICO that his abiding interest is mainly out of concern that a potential adversary like Russia or China could have leapfrogged the United States in aerospace technology.
"If the Navy believes that China or Russia possesses advanced aerospace technologies that represent a national security vulnerability, the American people have the right to know what their government is doing about it," he said in his statement to POLITICO.
In the recent interview, Walker, a former pastor, also acknowledged that he is open to the possibility that there are no easy explanations — or the answers could change how humanity perceives the known universe.
"The way I look at this: What if [U.S. government agencies] already do know about it but the rest of us don’t?" he added. "I certainly have an open mind to see where this leads us. We are going to stay on the issue and follow through like we said we wanted to do."