OUT OF MIND » HEALTH & MEDICAL INFO » MARIJUANA & NATURES MEDICINALS » In Canada, you can now buy magic mushrooms from a dispensary

In Canada, you can now buy magic mushrooms from a dispensary 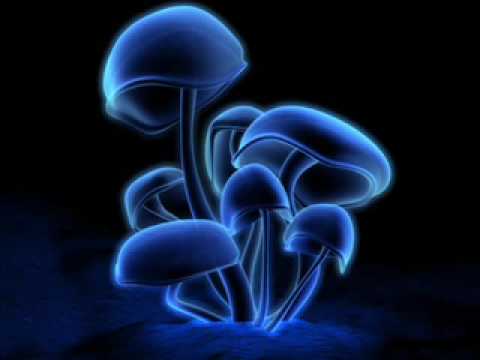 In Canada, you can now buy magic mushrooms from a dispensary

For years, the Free Thought Project has been reporting on the beneficial effects of psylocibin mushrooms ranging from treating PTSD to addiction and depression. In the land of the free, however, in all places except for Oakland and Denver, cops will kidnap and cage you for having them. But not in Canada, where a brave and inspiring disobedient cannabis dispensary owner is changing the paradigm.
Dana Larsen knows he is not the first person to sell magic mushrooms online. Psylocibin has long been available on the dark web and the non-psychoactive spores which can be used to cultivate psychedelic mushrooms in your closet are readily available from multiple online shops. However, until now, we couldn’t think of anyone who has publicly put their face out there as the source, in such a brave act of disobedience.
“I’m definitely not the first person to sell mushrooms online,” Larsen, founder of the online Medicinal Mushroom Dispensary says. “But I might be the first to put my name, face, and reputation on the line for it.”
What makes Larsen’s move so brave is the fact that psilocybin mushrooms are illegal to possess or sell in Canada. But he’s doing it anyway, and successfully.
“These are useful medical products that should be available,” Larsen said.
Although, this highly beneficial gift from the earth is illegal in the country, Larsen says they have already signed up over 100 patients, who regularly receive their product.
To be clear, Larsen is not selling shrooms to get people high. He is doing so to help them. This service, which is like a subscription, sets up a micro-dosing regimen to treat people for things like ADHD, PTSD, sleeping disorders, cluster headaches, as well as anxiety related to more serious conditions such as HIV and cancer. Once members show a referral for mushrooms from a doctor or proof of one of many ailments treatable by psylicibin, they receive personally tailored microdoses of psilocybin with a recommended dose and rate-of-use based on the individual patient’s needs and experience with psychedelics.
According to Double Blind Magazine, in the coming months, Larsen intends to open a safe consumption space, where patients who require higher doses can be treated in a therapeutic setting. Still in the planning stages, that physical location is all part of a grand scheme to change public perception and ultimately the laws around psychedelic mushrooms.
“I think that the model that we used and the tactics we used to legalize cannabis… civil disobedience, medical dispensaries, shifting the focus on the substance away from sort of seeing it as a hedonistic party substance more to being seen as a therapeutic, beneficial medicine,” he said.
As far as the cops are concerned, in a statement to VICE, Vancouver police spokesman Steve Addison said the force is aware of the dispensary and will be looking into it—athough he doesn’t seemed too concerned with the mushrooms and more focused on things that are actually causing harm.
“We continue to focus our enforcement energy towards combating organized and sophisticated criminals who profit from the production and distribution of harmful drugs, such and fentanyl and other opioids,” Addison said.
It appears that the push for legalizing mushrooms may be happening faster than marijuana and this is amazing news — not just for recreational users, but for people who can benefit from psylicibin, like the folks being helped by Larsen.
What’s more, it paves the way for people who are now taking dangerous pharmaceuticals to transition into a much safer treatment.
As TFTP reported last year, a study, published in the scientific journal Neuropharmacology, found that clinically depressed people could benefit from psylicibin.
“Psilocybin-assisted therapy might mitigate depression by increasing emotional connection,” neuroscientist and study author Leor Roseman, a Ph.D. student at Imperial College London, explained to PsyPost.
This is almost the exact opposite of how standard anti-depressants operate, as SSRI’s typically work by creating an “emotional blunting.”
“[T]his is unlike SSRI antidepressants which are criticized for creating in many people a general emotional blunting,” noted Roseman.
“I believe that psychedelics hold a potential to cure deep psychological wounds, and I believe that by investigating their neuropsychopharmacological mechanism, we can learn to understand this potential,” explained Roseman.
The government also stands to lose if more people follow in Larsen’s footsteps and choose to disobey.
As TFTP previously reported, mushrooms and psychedelics used to be widely accepted as a treatment for many ailments until government moved in to stop the expansion of human consciousness.
In the 1940s, western medicine began realizing the potential for psychedelics to treat addiction and psychiatric disorders. Tens of thousands of people were treated effectively, and psychedelic drugs were on the fast track to becoming mainstream medicine. But the beast of oppression reared its ugly head. 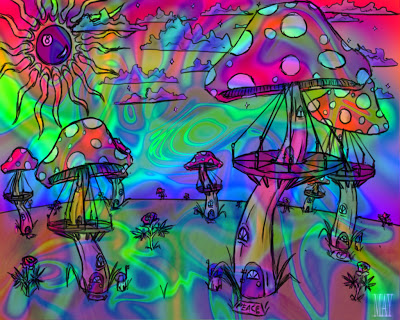 In 1967 and 1970, the UK and US governments cast all psychedelic substances into the pit of prohibition. People were waking up to the fact that governments intended to keep the world in a state of war, and that governments were working to keep the populace sedated under a cloak of consumerism. The collective mind expansion of that era came to a screeching halt under the boot and truncheon.
As John Vibes pointed out last January, a study actually confirmed the fear of authoritarians and showed they have every reason to oppose legal mushrooms. According to the study from the Psychedelic Research Group at Imperial College London, published in the journal Psychopharmacology, psychedelic mushrooms tend to make people more resistant to authority. They also found the psychedelic experience induced by these mushrooms also cause people to be more connected with nature.
“Our findings tentatively raise the possibility that given in this way, psilocybin may produce sustained changes in outlook and political perspective, here in the direction of increased nature relatedness and decreased authoritarianism,” researchers Taylor Lyons and Robin L. Carhart-Harris write in the study.
Now, as people share information globally, instantaneously, on a scale unstoppable by the state, we are resuming the advancement of medical research on psychedelic substances. Scientists are challenging the irrational classification of psychedelics as “class A” (UK) or “schedule 1” (US) substances, characterized as having no medical use and high potential for addiction. And, the recent pushes in Colorado, Oakland, and Canada are evidence of this.
After 40 years, it appears that another brick in the wall of prohibition is beginning to crumble in the face of science and logic. As we often repeat here at TFTP, amazing things happen when good people choose to break bad laws. Bravo Dana Larson, bravo.

OUT OF MIND » HEALTH & MEDICAL INFO » MARIJUANA & NATURES MEDICINALS » In Canada, you can now buy magic mushrooms from a dispensary