» Quarter of all bee species missing since 1990s

Yesterday at 10:01 pm by PurpleSkyz

Yesterday at 6:03 pm by PurpleSkyz

Those who Scream the Loudest… 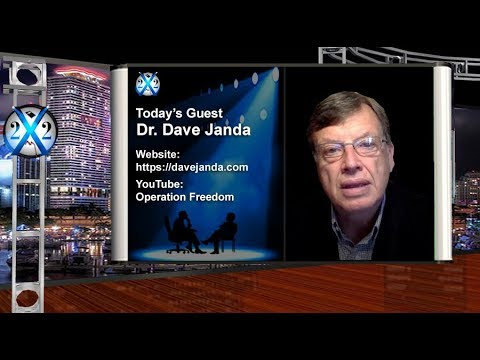 Those who Scream the Loudest…

Dr Dave Janda joins the X22 Report to talk about James Comey, Jeffrey Epstein and the Trump-deranged celebrities who scream the loudest.
There’s a sense of frustration among many of us, that we’ve not seen prosecutions of government criminals, that Jeffrey Epstein got away – that his prison guards “fell asleep”, that both cameras facing his cell were disabled and that no autopsy report has been released.
Dr Janda, who’s a retired orthopedic surgeon weighs in on the significance of Epstein’s reported broken hyoid bone fracture, which was leaked from the coroner’s office.
He asks, “Why was it leaked? It could be that the coroner was getting pressured just to say it was just a suicide and the coroner felt very uncomfortable about that, so decided to leak this one piece of information, right, to indicate, nah – and I’m gonna say it’s a hanging but we’ll leak this the day before, so that people realize something else is going on here.
“There’s a high, high, high probability that this was not a suicide and Kaitlyn Johnstone wrote an article called, ‘Everybody’s a Conspiracy Theorist’, whether they know it or not, at this point…
“I believe Epstein was a front. He was a front for intelligence agencies; for the CIA, Israeli Mossad and British MI6…I believe Ghislaine was a handler on behalf of the intelligence agencies for Epstein and his role was to entrap these individuals…I think they would invite people over, high-profile individuals, Wall Street, politicos, Hollywood – you name it – players.
“They he would get them into situations with kids. They’d head to the bedroom cameras, audio tapes. These would then be used as leverage against all these individuals to get the agenda of the Deep State through.
“I believe Epstein was a front. I know a number of people on Wall Street a number of people that are very networked in the legal community on Wall Street and they cannot find out how Epstein made his billions of dollars. They know every big deal that has happened and they say Epstein has not been a part of it and they believe Epstein was fronted the money to make him look like a multi-millionaire, possible-billionaire as a means of entrapping these other big shooters and then this leverage operation was used to get the Deep State agenda through, whether it was through what was happening in Hollywood or what was happening in businesses on Wall Street or in Washington DC.
“And we see all these people screaming and yelling and it’s funny, how they just come out of the woodwork and a lot of them are actors or actresses and they’re they’re pushing to get Trump removed…
“They might not have been involved in the human trafficking side or the pedophilia side but they owe their success to the syndicate and when the syndicate comes up to them and says, ‘The reason why you got these five movie roles with our friend Harvey Weinstein (who happens to be a friend of Epstein’s), it’s because we had everything to do with that and you owe us and now what we need you to do is, we need you to go on the offensive on several fronts, one of which is denigrating the current President of the United States. And by the way, if you don’t, well here’s what we have on you – and by the way, you’ll never get another movie role…’
“It’s horrible enough they were sexually abused but it’s my understanding many of these children that were involved with Epstein and this network ultimately died…
“I think…it’s going to be overwhelming. It’s going to be absolutely overwhelming for the Deep State. There are going to be so many fires – I mean 20-alarm fires going on. They cannot salvage anything of their burning former castle and…with this Epstein thing, I think with this DECLAS, I think when it comes to the Inspector General’s report, I think when all this hits – it’s gonna be overwhelming.
“And and many people disagree with that, they believe nothing’s gonna happen…and I just don’t buy that. If, based on the information I’ve heard and continue to hear, I just I truly believe things are moving. Granted, not at the pace any of us want or like but look, Dave if there’s anybody who probably wants this to happen more than anybody it’s President Trump and the reason is because it’s not just his life on the line.
“If this doesn’t come out, it’s not just his life but it’s the life of his wife and every one of his kids and grandkids that’s on the line and he knows that. If he doesn’t get this thing cleaned-up, then they’re all in harm’s way…
“I believe that Donald Trump knows that he has one shot; one really good shot at taking down the Deep State and if he compromises on timing then he could well compromise the result and I believe that’s why this is gonna hit. It’s gonna hit big and it’s gonna be – I believe it’s going to be a fatal shot against the Deep State.”