Neuroscientists find our experience of beauty is linked to an unexpected brain region Sun Sep 15, 2019 6:58 pm 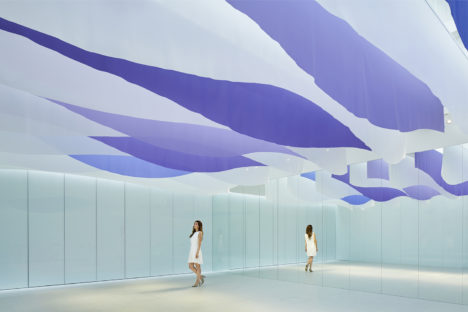 Neuroscientists think they have found a key area in our brains that helps us assess and respond to what we find beautiful, also known as aesthetic appeal. And that appeal could be more linked to our sense of self than you might expect.
When something pleases us visually - whether it's a fine piece of artwork, a beautiful feat of architecture, or an untouched natural landscape - new research demonstrates there is a pattern of activity in what's known as the default mode network (DMN).
The DMN is a large-scale system of interacting regions in the brain that appears to play a role in how we regulate our sense of self; this network is most active when we're self-reflecting, remembering, or imagining.
That's what makes its emerging role in aesthetics so interesting, since the findings of this latest study suggest - a deeply moving visual experience is processed by the same brain network that's strongly involved in who we are as individuals.
As the new research indicates, when people were shown images of artwork, natural landscapes or buildings, the most 'moving' images, no matter what the subject matter, inspired a strong spike of activity in the DMN.
"We don't know yet if DMN actually computes this representation," says neuroscientist Edward Vessel from the Max Planck Institute in Germany.
"But it clearly has access to abstract information about whether we find an experience aesthetically appealing or not."
Vessel has been exploring the role of DMN in aesthetics for several years now. A study he led in 2012 at New York University also demonstrated a spike in DMN activity when an art piece particularly struck a chord, suggesting there was some integration of sensory, emotional, and personal responses going on in the brain.
In a follow-up paper in 2013, the authors further propose that certain artworks may be so well-matched to an individual, they can gain access to brain systems concerned with the self - access that other external stimuli don't usually get. This, they propose, is what evokes an intense feeling of pleasure like being "touched from within".
"Taste in art is highly individual, yet highly felt," [url=https://italianacademy.columbia.edu/sites/default/files/press/attachment/A recent symposium presented by Columbia and NYU explored what happens in our brains when we.pdf]explained[/url] Vessel at the time, adding that "art can feel strikingly personal".
As his colleague and fellow neuroscientist Gabrielle Starr recently put it: "When it means something particular to you, the default mode network cares about it."
Their newest paper suggests the same rings true not only for art, but also for other aesthetically-stimulating images, an effect researchers describe as "domain-general".
Measuring brain activity in 16 participants using fMRI, the researchers found images of artwork, buildings and landscapes showed very different patterns of activity in visual brain regions - no matter whether participants considered them moving or not.
The DMN, on the other hand, had a different response. This network was relatively quiet when something was not considered particularly beautiful, but when one of these images evoked a stronger aesthetic response, the DMN became just as active as the visual regions, regardless of what was featured in the image.
"DMN signal fluctuations 'lock on' to aesthetically appealing artworks, but are independent for non-appealing artworks," the authors explain.
Most of the time, when looking at things in the external world, the visual parts of the brain are the most active and the default mode network is mostly disengaged. It's only when something really moves us, the authors argue, that the DMN perks up and performs just as much as the visual areas.
"It wasn't the task of determining whether or not something was self-relevant that engaged the default mode network," explains Starr.
"It was only the art that you found intensely aesthetically moving that seemed to have a particular type of self-relevance and engaged the default mode."
It's still unclear exactly what the DNM's role is in our response to beauty, but the new findings suggest that various visually aesthetic experiences are somehow linked to a sense of self in the brain.
Researchers are now hoping to see if these same patterns of activity extend to music, poetry and other external stimuli that can capture our sense of awe.
The findings were published in PNAS.