Reader is seen in two places at the same time 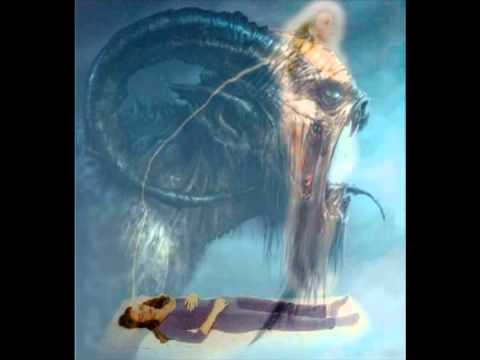 Reader is seen in two places at the same time

Is it possible to be in one place and yet be seen in another place at the same time?” asked reader Maria Lisa.
She continued: “In my teens, I saw myself asleep, detached from my physical body. I was afraid I wouldn’t be able to go back to my physical body.
“Is there a way to manage this?
“Just today, my officemates said they saw me in the office dressed in white, but I was still at home at the time.
“I have had dreams of being in another place, especially after my mom died. I was having anxieties then. In my dreams, I visited a place so beautiful. I was with good-looking, ‘angel-like’ beings, swimming and having a nice time.
“I did not want to leave that place because it was so peaceful and the beings were kind and nice, as I felt their presence. My mom, who had just died, suddenly appeared in that dream and told me to go home. She scolded me and told me not to wander off. She looked so worried. I woke up feeling so tired.
“I went to work and searched the web for a place called Amanpulo. That was the first time I had heard of it. I was surprised there really is such a placed called Amanpulo. And it looked exactly like in my dream. Amazing that I went on vacation to a real place without spending a single centavo! Is this really possible?”
Bilocation
Yes, Maria Lisa, this is possible. What happened to you is called “astral projection” and “bilocation.”
These are natural phenomena which happen to almost everybody and there’s nothing to be afraid of.
According to esoteric science and to clairvoyant people (i.e. those with open Third Eye), man is really composed of seven bodies or vehicles of different frequencies or vibrations. The astral body (sometimes called the Desire Body) is one of them.
The astral body can detach itself from the physical body while the latter is asleep, and to travel anywhere it wants to. This is called astral projection or astral travel (OOBE, out of body experience).
When this happens, you cannot move your physical body, you can’t shout. No sound will come out. But there is nothing to be afraid of when this happens because you will surely go back to your physical body as long as you do not panic or struggle to go back.
Sometimes, the astral body is seen far from where one’s physical body is. This is what is called bilocation, meaning “being in two places at the same time.” You are in one place in your physical body and in another place in your astral body.
St. Padre Pio and many other saints of the Catholic Church had been seen reportedly in places they had never been to. What is interesting is that in quantum physics, the new science that studies the smallest particles of matter, it is known that quantum objects (such as photons or electrons) can be in two places at the same time. They can also jump from one orbit to another orbit, like what happens in “teleportation,” so these phenomena are not impossible.
One can travel to very distant places while in the astral plane—as far as other planets, like Jupiter and Mars—and come back with no problem. Several psychics have reported having done this before the space probes and proven to be correct.
So, don’t worry about these phenomena. Just enjoy your astral travel and note what you see in your waking state. Bon voyage!