OUT OF MIND » CONSPIRACY THEORIES & ENDURING MYSTERIES » CONSPIRACY & FALSE FLAG EVENTS: PAST & PRESENT » What Happens in Vegas Stays in Vegas

What Happens in Vegas Stays in Vegas 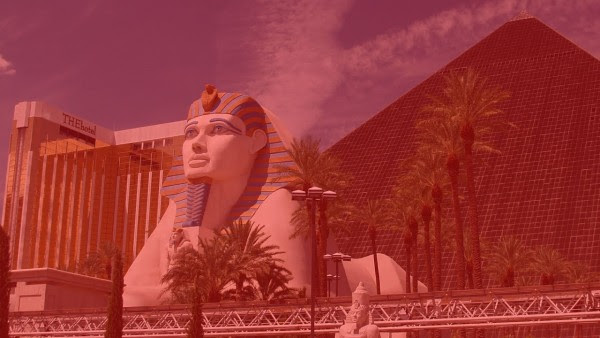 What Happens in Vegas Stays in Vegas

It’s the two-year anniversary of the Las Vegas shooting and Greg Reese shares the many discrepancies found in the public domain that negate the official story, as well as new details I had never heard before along a theory of what really happened.
– Videos from the event show no muzzle flashes from Paddock’s window on the 32nd floor of the Mandalay Bay Hotel.
– Still photographs clearly show that Paddock’s windows were intact during the shooting.
– Police bodycam footage inside the room after the shooting show no broken windows.
– After the shooting, a man staying at the Mandalay Bay called 911 to report an “explosion” and glass falling down from above.
– Later that night, BBC television showed that one window was broken. By the next morning, there were two broken windows.
– Several witnesses claimed there were multiple shooters.
– One video shows what looks like a weapon firing from a window, six floors above Paddock’s room in the Four Seasons, which is owned by Bill Gates and Saudi Prince Alwaleed bin Talal.
– Another video shows what appear to be muzzle flashes coming from the sky on both sides of the Mandalay Bay, precisely where flight radar places three helicopters that turned off their transponders minutes before the shooting began while hovering in position overlooking the Route 91 Harvest Festival.
– Witness audios corroborate that shots were being fired from these helicopters.
– In room 32135, Paddock’s hard drive was suspiciously missing from his laptop, there were several pairs of gloves, mobile phones and multiple hotel room keys used just 30 minutes before the shooting, including smart keys available only to hotel staff.
– At first, police said they witnessed Paddock kill himself and then they claimed they found him dead after the breach – and for some unknown reason, his time of death was marked as noon the following day. Also, the body was four inches shorter than Paddock’s and had brown eyes, not blue.
– Mandalay Bay security guard, Jesus Campos was supposedly shot in the leg by Paddock six minutes before he began his attack and yet, it took law enforcement 72 minutes to get into Paddock’s hotel room. Bodycam footage shows a hotel security guard directing police to the 32nd floor and less than 10 minutes later, directing other officers to the 29th floor. When the police finally get to Paddock’s floor, hotel security seemed strangely casual. One strolls down the hallway with his back to Paddock’s room and points behind him to Room 135 and they then stand calmly in the hallway with their attention fixed on the police.
– Hotel Security Manager, George Umstatt was later found hiding in a hotel room and detained by police and several key officers were never even questioned.
– Campos claimed he went to UMC Quick Care for treatment but the facility stated they had no record of this. He then left the country and returned only to appear on The Ellen DeGeneres Show, owned by MGM.
– Weeks after the shooting, MGM was issued a restraining order to prevent them from destroying evidence, which could either suggest that the Mandalay was a co-conspirator in the shooting or that a lack of trust developed between law enforcement and the hotel.
One theory suggests the mass-shooting was Saudi Arabian assassination plot run amok. Three months before the Las Vegas Massacre, moderate Mohammed bin Salman known as MBS was made the Crown Prince of Saudi Arabia, which was met with President Trump’s personal show of support. This created a civil war between MBS and his cousin, multi-billionaire Alwaleed bin Talal, co-owner of the Four Seasons Hotel, on floors 35 through 39 of the Mandalay Bay Hotel building. The theory suggests there was a failed assassination attempt against MBS at the Tropicana Hotel that night and that the massacre at the Route 91 Harvest Festival was a savage message of warning to President Trump.
Stephen Paddock was a pilot and according to this theory, a gunrunner for Prince Alwaleed bin Talal. This would explain Paddock’s wealth and access to the service elevators at the Mandalay Bay and when the assassination attempt failed, Paddock became Talal’s sacrificial lamb rather than his getaway pilot.
The Prince had Saudi military helicopters in the area at the time. Four weeks after the Las Vegas shooting, MBS had his cousin, Prince Alwaleed bin Talal and 10 other princes arrested on corruption and money-laundering charges.
We don’t know if this theory is correct but a year later, the case was closed and we are told there is nothing to the story except the 64-year-old lone gunman with no motive, Steven Paddock.

OUT OF MIND » CONSPIRACY THEORIES & ENDURING MYSTERIES » CONSPIRACY & FALSE FLAG EVENTS: PAST & PRESENT » What Happens in Vegas Stays in Vegas