Former CIA Agent and Alien Hunter Derrel Sims - The TRUTH Will SCARE You!

Aliens being "Made, Hatched, Cloned, and Manufactured" by some rogue element within our Government

October 04, 2019
Former CIA Agent and Alien Hunter Derrel Sims talks about his lifelong quest for the truth with the alien presence on Earth and their nefarious agendas! 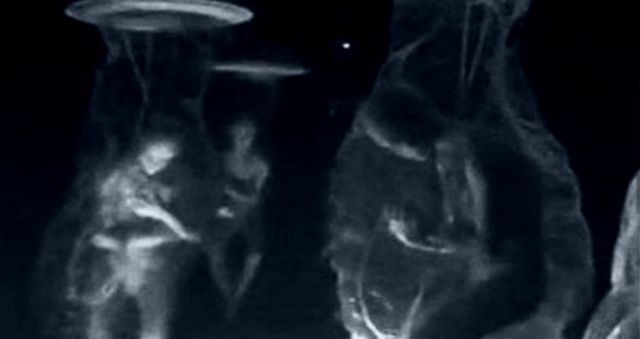 He hunts these extraterrestrials and collects evidence, data, witness testimonies and fights to expose the true intentions behind these sinister beings with their human experiments.

Derrel explains how these aliens are “Made, Hatched, Cloned, and Manufactured” by some rogue element within our government.

He states that the aliens don’t have a planet, their “DNA comes from here”. Then he explained how all aliens are genetically modified. He goes on to connect the dots with the extraterrestrial presence of today with that of the ancient past.

He also gave his take with Zecharia Sitchin, the Anunnaki, Fallen Angels, and the Sumerian Civilization.

A few talking points in the interview:
His time with the CIA
His first Encounter with Aliens
Why he hunts Aliens
Transgenics Chimeras and the tampering of DNA
Alien Hybrids
Different types of alien races
Cloned and Manufactured Aliens Greys
Reptilians, Nordics, 7 Foot Preying Mantis beings
Alien Abductions
Alien Experiments on the Human Race
His research and evidence with Alien Abductions
The agenda behind Alien Abductions
The Alien Agenda

Phill Schneider once said that at the Dulce underground secret Base under Mt. Archuleta, Dulce, New Mexico not only "gray" humanoid extraterrestrials worked side by side with American technicians but also humans and aliens work together on horrific bio genetic experiments, human alien hybrid breeding programs, atomic manipulation, cloning, studies of the human aura, advanced mind control applications, animal/human crossbreeding, visual and audio human chip implantation and abduction (See our article: The largest reptilian and grey base in America).

According to Schneider, the Secret Government cloned humans by a process perfected in the world's largest and most advanced biogenetic research facility in Los Alamos too.