Ginger Baker, one of the most innovative and influential drummers in rock music, has died at the age of 80.
A co-founder of Cream, he also played with Blind Faith, Hawkwind and Fela Kuti in a long and varied career.
His style combined the lyricism of jazz with the crude power of rock. One critic said watching him was like witnessing "a human combine harvester".
But he was also a temperamental and argumentative figure, whose behaviour frequently led to on-stage punch-ups. 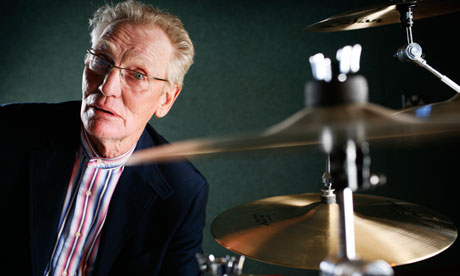 Nicknamed Ginger for his flaming red hair, the musician was born Peter Edward Baker in Lewisham, south London, shortly before World War Two.
His bricklayer father was killed in action in 1943, and he was brought up in near poverty by his mother, step-father and aunt.
A troubled student, he joined a local gang in his teens and became involved in petty theft. When he tried to quit, gang-members attacked him with a razor.

His early ambition was to ride in the Tour de France but he was forced to quit the sport when, aged 16, his bicycle got "caught up" with a taxi. Instead, he took up drumming.
"I was always banging on the desks at school," he recalled. "So all the kids kept saying, 'Go on, go and play the drums', and I just sat down and I could play.
"It's a gift from God. You've either got it or you haven't. And I've got it: time. Natural time."

The strong legs he'd developed on long bike rides helped him play the double bass drum set-up he favoured and Baker soon talked his way into his first gig.
He played with jazz acts like Terry Lightfoot and Acker Bilk but his style - fragmented and aggressive, but articulate and insistent - was often an odd fit.
Instead, he gravitated towards London's burgeoning blues scene and, in 1962, joined Alexis Korner's Blues Incorporated on the recommendation of Charlie Watts - who was leaving to join the Rolling Stones. 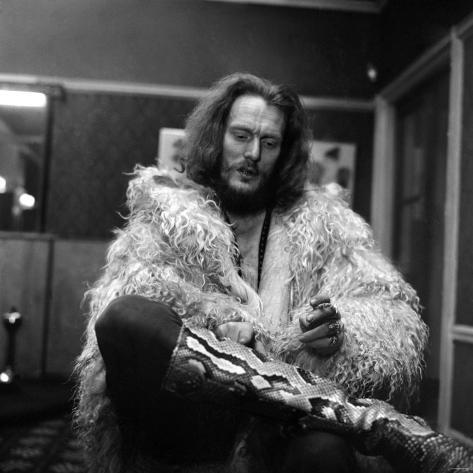 He gained early fame as a member of the Graham Bond Organisation alongside bassist Jack Bruce - but it was their partnership with Eric Clapton in Cream that made all three superstars.
One of rock's first "supergroups", they fused blues and psychedelia to dazzling effect on songs like Strange Brew, Sunshine of Your Love, Badge and I Feel Free. They sold more than 35 million albums and were awarded the world's first ever platinum disc for their LP Wheels of Fire.
Along with the Jimi Hendrix Experience, the band expanded the vocabulary of heavy rock, especially during their incendiary live shows, where the three musicians would stretch simple riffs into long, exploratory improvisations.
"It was as if something else had taken over," Baker once said of playing with Cream. "You're not conscious of playing. You're listening to this fantastic sound that you're a part of. And your part is just… happening. It was a gift, and we three had it in abundance."
But the volatility that fuelled their performances was rooted in animosity. Baker and Bruce's arguments were frequent and violent, even driving Clapton to tears on one occasion. Once, Baker attempted to end one of Bruce's solos by bouncing a stick off his snare drum, and into Bruce's head.
"So I grabbed my double bass," Bruce later recalled, "and demolished him and his kit."
The band eventually split after two years and four albums, with a farewell concert at London's Royal Albert Hall in 1968.
"Cream came and went almost in the blink of an eye, but left an indelible mark on rock music," wrote Colin Larkin in the Encyclopaedia of Popular Music.
Bands who built on their template included Deep Purple, Black Sabbath and Led Zeppelin - not that Baker was impressed.
"I don't think Led Zeppelin filled the void that Cream left, but they made a lot of money," he told Forbes.

Following the band's demise, he teamed up with Clapton and Steve Winwood to form Blind Faith, followed by the ambitious 10-piece Air Force, which combined his interests in jazz and Afro-fusion.
While the musicianship was of a high standard, the eclectic mix of jazz, blues, African music and a surfeit of drums - there were three percussionists - was never going to inspire a mass following.
After one studio album and a live concert at the Royal Albert Hall, Air Force, undermined by personnel changes, finally crashed and burned.
The drug-related death of his friend, Jimi Hendrix, persuaded Baker it was time to leave the London music scene and get clean.
He left Britain to live in Nigeria, where he recorded with Fela Kuti and built his own recording studio. He helped Paul McCartney record the classic Wings' album Band On The Run, although their relationship soured over claims that he was never paid.
Financial problems of one sort or another dogged him throughout this period and he eventually lost control of his studio.

Away from music, he took up rally driving and, somewhat incongruously, developed a love of polo, building up a sizeable collection of ponies, despite his tendency to get injured.
"I've had a lot of falls which have wrecked my body," he told the Telegraph in 2013. "They had to take a piece of my hip bone out and screw it into my neck."
In the 1980s, he played with John Lydon's Public Image Ltd, while continuing to form and discard new bands that combined his African and Western musical influences, like African Force and Middle Passage.
While commercial success eluded him, his reputation, particularly with a new generation of drummers, remained high.
"His playing was revolutionary," said Neil Peart, drummer with the Canadian band Rush. "He set the bar for what rock drumming could be."
Cream were inducted to the Rock and Roll Hall of Fame in 1993, briefly reuniting to play three songs, then teamed up again in 2005 for a series of concerts in London and New York.
Almost inevitably, the performances ended with Baker and Bruce fighting on stage.
"It's a knife-edge thing for me and Ginger," Bruce said afterward. "Nowadays, we're happily co-existing in different continents... although I was thinking of asking him to move. He's still a bit too close."
Baker had, in fact, headed to South Africa, where he spent the reunion money buying polo ponies and funding a veterinary hospital.
In 2012, he became the subject of a hugely enjoyable documentary - Beware of Mr Baker - which illustrated how his jaw-dropping drumming was neither as wild nor as extraordinary as his personal life.
In the opening scene, the musician was seen attacking director Jay Bulger with a metal cane, declaring: "I'm going to put you in hospital." He later settled down to reflect, cantankerously, on the trail of broken bands, ex-wives and neglected children he'd left in his wake. 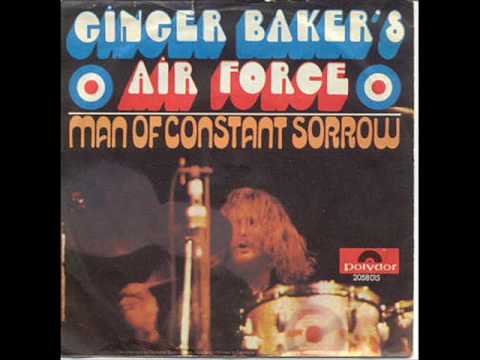 Contributors marvelled at his talent, but little else. "He influenced me as a drummer, but not as a person," recalled Free's Simon Kirke, who toured with Cream.
In later years, he was beset by ill health, breaking most of his ribs and subsequently being diagnosed with a degenerative spine condition and the onset of emphysema.
"God is punishing me for my past wickedness by keeping me alive and in as much pain as He can," he told Rolling Stone at the time.
The musician fought osteoarthritis to record his final album, Why?, in 2014. Two years later, he underwent open heart surgery and announced his retirement from touring.
"Just seen doctor… big shock… no more gigs for this old drummer... everything is off," he wrote on his official blog.
"Of all things I never thought it would be my heart."
Baker's death will see him feted as one of rock's most influential musicians, but he scoffed at such accolades, insisting: "Drummers are really nothing more than time-keepers."
He told Rhythm magazine: "It's the drummer's job to make the other guys sound good."