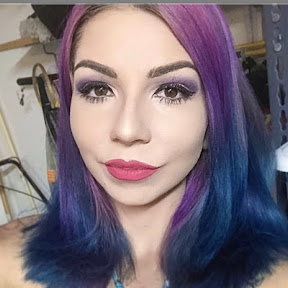 In the very first video I go over what a pole shift and “micronova” is and what it means for us good people of earth! The Sphere Being Alliance youtube channel have been pushing prophetic type scenarios in their latest videos. These worse case scenario situations are very reminiscent of televangelists preaching the rapture and end of world times. Instead of Jesus returning though, it’s ascension. Instead of the rapture, it’s a devastating “micronova” and pole shift. What does mainstream science have to say about micro novas? What about this “pole shift”? What does a pole shift actually entail? Was REM right, is it really the end of the world as we know it?

What in God’s name is a Cosmic Wave or cosmic energy?! Well I did my best to answer that for you. Also; liquefaction, Yellowstone eruption, the existence of Dark Matter and of course - Pole Shifts and micronovas because god forbid we go one video without instilling some sort of fear. Forgive me as I did misspeak a fear Times such as saying earthquake in reference to a volcanic eruption and things like that. All the information I am providing is from my own research and - I am human and prone to make errors. Everything is given to you with a good heart but I can misspeak or mispronounce etc. The bones of my information and research is the same though. Honest, factual and with curable sources. I’ll eventually update every video with a source list if I didn’t provide a source in the video itself.

Episode 3 - The Edge of Wonder Connection

They’re just..two average joes with a natural curiosity in the occult, conspiracies and ufology - bringing you the truth, helping you prepare for disclosure and navigate through all that Lamestream media Fake News! ..or are they? Between doxing their viewers and blocking questioners on their social media, one has to WONDER - what are they so defensive for? Does their connection to Epoch Times really impact the quality of their journalism? Are they truly struggling with “keeping the lights on”? What’s their experience to be headlining conferences after only one year exploring the world of ufology and the occult? How were they able to get such large names in ufology on their small, low traffic channel? Did they use their status at The Epoch Times to get these interviews? Why would they continue to live in Manhattan if they’re truly losing so much income? Me and my ugly 80s inspired makeup and chipped nail polish, decided to just give a brief run down on the mysteries of these fellas. From their sudden appearance with low traffic in the early days to the explosion on the conferences around the world and massive following they have today, along with their claims of financial downfall due to youtube. What do the numbers have the say about that? Let’s take a look, shall we!? Also someone put a kill switch on Bens mic already. Rob can only save him so many times.

‍� For more extensive research into the epoch times and their affiliation with Ben and Rob check out CW Chanter on YouTube.