Puppet with pigtails hanged from bridge, along with sign reading, ‘Greta is your God’ 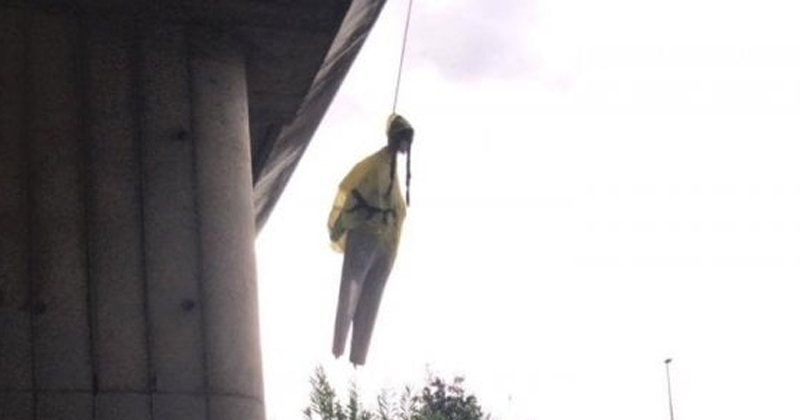 Source: Adan Salazar | Infowars.com
Italian police have launched an investigation after an effigy of 16-year-old climate activist Greta Thunberg was found hanged from an overpass.
Reports on Monday claimed a dummy with pigtails made in the likeness of the Swedish activist appeared hanged from a bridge in Via Isacco Newton, Rome wearing a sign that read “Greta is your god.”
A group called “The Awake” allegedly took credit for the act on Twitter, reportedly posting, “We hanged Greta Thunberg in Rome. The dummy has its face and even its braids. Other actions will follow,” along with the photo, according to Italian publication La Repubblica.
Virginia Raggi, the mayor of Rome, said the city remains committed to climate change.
“Our climate commitment does not stop,” she said in a tweet.
Police are looking into the hanged prop as an “aggravated threat.”
Greta famously addressed the United Nations last month and gave a heated speech in which she told world leaders they had stolen her childhood.
“I shouldn’t be up here. I should be back at school on the other side of the ocean,” Greta said during the United Nations Climate Action Summit. “Yet you all come to us young people for hope. How dare you! You have stolen my dreams and my childhood with your empty words.”
Greta is currently in the United States campaigning for action on climate change.