Latest topics
» The Most Perniciously Perfect Piece of Propaganda: The Covid Face Mask

As with many movements, the ongoing pro-democracy protests in Hong Kong are dominated by younger, mostly student activists.
To that end, nearly a third of the 2,379 protesters arrested since June are under the age of 18. On Thursday, Hong Kong’s #2 official Matthew Cheung told reporters that it was “shocking and heartbreaking” that 750 of the arrests were of minors – with 104 being under the age of 16, according to The Guardian. 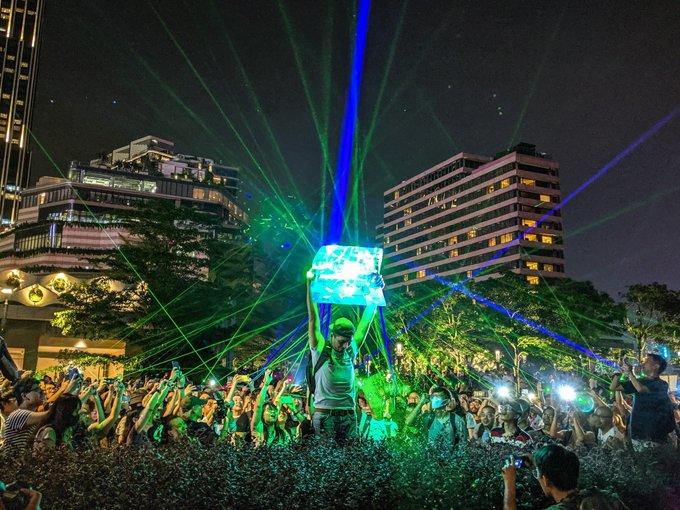 Notably, an 18-year-old high school student was shot in the chest by a Hong Kong policeman during an October 1 protest, while a 14-year-old was shot in the thigh by a plainclothes police officer last Friday after protesters came out to march against a ban on face masks. The Guardian also cites an 11-year-old who was sent to the hospital with an injury during a recent protest.

Cheung appealed to parents and teachers to admonish youngsters and tell them to refrain from “illegal or violent acts” and avoid getting injured or arrested, something that would “end up destroying [their] future”.
The high proportion of children arrested sparked outrage in the community.
“[The government] says this is ‘heartbreaking’ but doesn’t ask why. Youth is rising up. They know they’re fighting for their future against a dictatorial regime,” said Kong Tsung-gan, an author and well-known blogger, on Twitter.

“Totalitarianism is going to destroy our next generation, resist!” wrote another person on Twitter. –The Guardian

Last Friday, Hong Kong leader Carrie Lam announced that the country’s Emergency Regulations Ordinance had been invoked, allowing for the passage of legislation banning the use of face masks – virtually the only defense against facial recognition for fair-skinned individuals.
[url=https://www.zerohedge.com/s3/files/inline-images/hk girl] 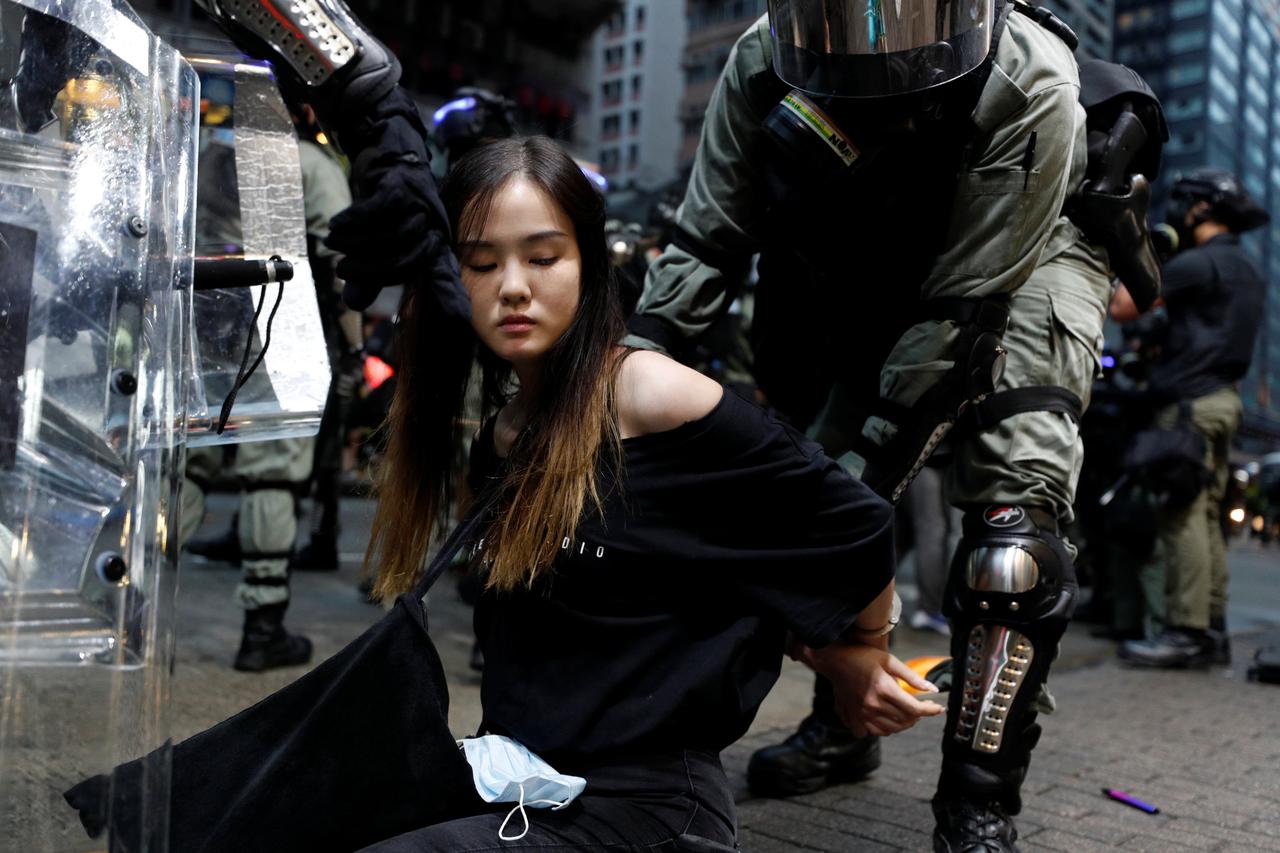 On Tuesday, Lam acknowledged that after the school term began in September, almost 40% of those arrested were under 18, while 10% of last Saturday’s arrests were under 15. 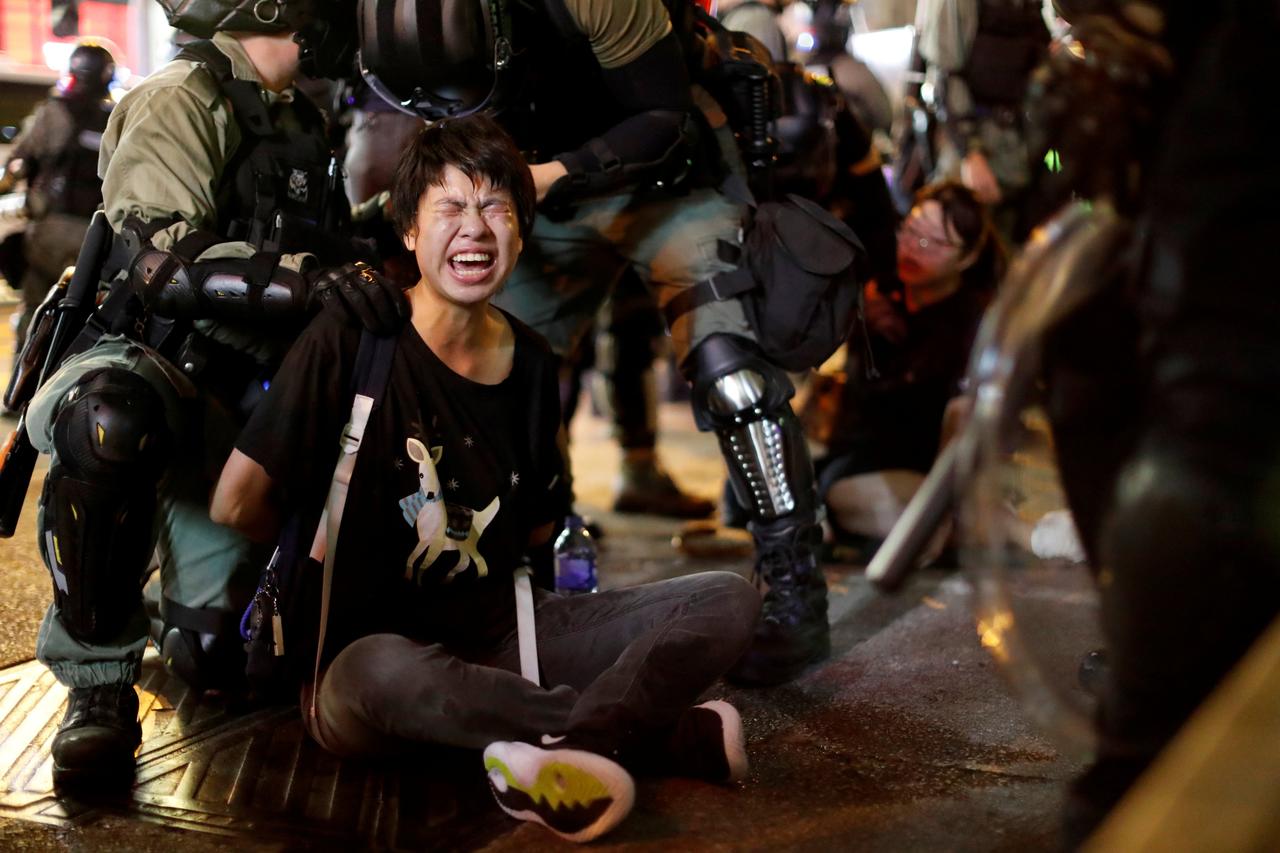 While Lam said she cared “deeply” for students, she insisted that they should not participate in violent attacks and the anti-mask ban was aimed at “helping parents, teachers and students recognise that they shouldn’t be engaged in these acts.”
Schools across Hong Kong required parents to sign a notice saying they understood masks should not be worn inside or outside school, despite the fact that the ban applies only to public protests or assemblies. The Secretary for Education, Kevin Yeung, told reporters on Friday that the Education Bureau has required schools to report the number of students who wear masks to school after the ban was announced but stressed it was not going after schools or students. –The Guardian