The intel has been CRAZY this week; an absolute deluge.
This news is going to rock the nation—and the world—so we wanted to give a heads up.
One of our most reliable sources of intel, Field McConnell, Marine reserve and host of the Abel Danger live show strongly suggested on today’s show that President Trump will be announcing his new running mate (not sure yet what’s up with Mike Pence and what they will tell people as to why he is no longer partnering with the President) but they implied that John F. Kennedy Jr. will be Trump’s wing man in the 2020 election.
Yes, we have 100% confirmation from multiple sources that little John John did not die in his plane with wife Carolyn Bessett Kennedy and her sister Lauren.
After both JFK and his brother Bobby were assassinated by the deep state cabal, the Navy assisted the three to fake their death in a plane crash because John Jr. was planning to go up against Hillary Clinton in the election and the chatter the military intercepted said he was going to have an accident and join a plethora of others in the Clinton Body Bag.
There have been so many clues and proofs that cannot be denied that JFK Jr is alive so we are satisfied that part of the intel is true.
This is a snapshot of JFK Jr. on July 4, 2019.    Source

We will have to wait for the rally in Dallas to find out if the rest comes to pass. It would certainly put the country in an uproar. We understand any big moves like this would have to happen prior to November 3 or else we run into a new election cycle. Rules are rules.
Report this ad
While the mainstream media may do their usual editing at the event—or worse—for this upcoming rally, we can rely on the Right Side Broadcasting Network to stream the whole thing, unedited.
Will the legacy media, who traditionally had a love affair with Junior, accept his proposed new place next to the sitting POTUS—or will they now turn on him because of his political status? As the propaganda arm of the deep state, they will choose a side and perhaps seal their fate as the American people will be overjoyed to learn this political favourite from an iconic family is alive and ready to help Keep America Great.
Below is the link on YouTube RSBN has provided for us to watch the spectacle on Thursday, and they are always on the ground streaming hours before the President’s address begins to show the fans’ excitement, dedication, and patriotic love for their country and support for the one man who braved the odds and did what he promised; to give their power back and make America great again.
For tickets to the event go here. They are free, for the American Airlines Center, capacity 20,000 people. Jumbotrons provide coverage of the proceedings for thousands of fans outside that throng the venues at every rally.  ~ CB 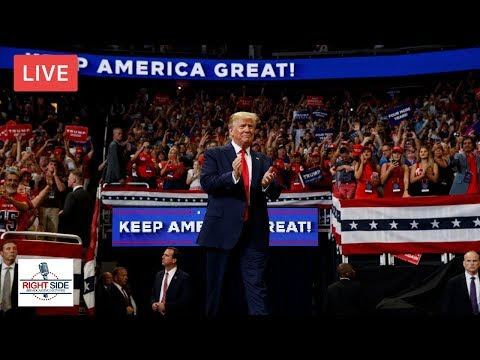 If you have not watched the videos below, they are already legendary, must-watch productions.
This first one illustrates why Donald Trump was elected by the People of America in 2016 and it is breathtaking. If you’re like me, you’ll get chills because he said it like it was; what happened to bring us to that day, and what would happen afterward that we are seeing unfold now.


This Video Will Get Donald Trump Elected 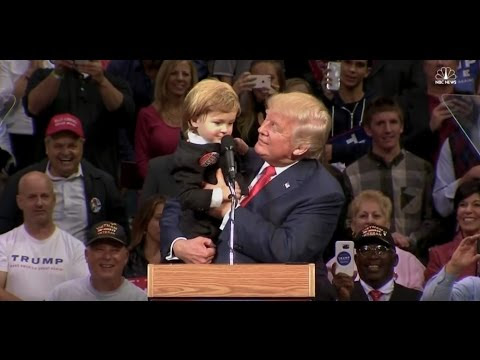 This video explains in detail how America was hijacked, and how they turned Americans and all the people of the world into slave labourers for those who considered themselves “elite”. They are the deep state cabal; the Illuminati, the New World Order. They masquerade as royalty, politicians, the CIA, FBI, and others in positions of power.
They are not better than us, and Donald Trump and his administration with the support of the US military is exposing them for who they are and stripping them of their power. They are seeing justice served, and thanks to the bravery and selfless endeavours of thousands of patriots, Humanity is about to watch the world change for the better, before their very eyes. Prepare for a spectacular transformation.


Q – The Plan To Save The World REMASTERED