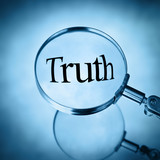 Snoop4truth is a legal expert who opposes the NWO, globalization, Federal Reserve, fractional reserve banking, false flag operations and the contamination of our food, water and natural resources.

The attached contents are in order and are "Silent Weapons" and "Deborah Tavares" specific. The omitted attachments are unique to Lyle Hartford Van Dyke (only), like his fake currency, his liens and his history of mental illness. The Van Dyke specific content should probably be the focus an entirely separate video at a later date (so as to avoid confusion).

OTHER RECOMMENDATIONS:
1. IMPORTANT. SKIP OVER the long list of facts contained in the first attachment. Save such material for your conclusion at the very end of your video.

2. Simply go through the attachments in order and emphasize what I have emphasized.

3. Then, read THIS VERSION of facts (BELOW) as your conclusion.


THE FACTS ACCORDING TO THE AUTHOR HIMSELF:

2. Silent Weapons was actually written and published in 1979.

3. That means Deborah Tavares' and William Cooper's claim that The Policy Committee For The Bilderberg Group wrote Silent Weapons in 1954 at its first known meeting IS IMPOSSIBLE because Silent Weapons would not be written for an additional twenty five years AFTER that imaginary event.

4. That also means William Cooper's claim that he personally read "Top Secret" documents while in the Navy which indicated that Silent Weapons was written by the Policy Committee for the Bilderberg Group in 1954 IS IMPOSSIBLE because Silent Weapons would not be written for several years AFTER William Copper left the Navy. (Sadly, Cooper is no more honest with his followers than Tavares is with hers.).

5. William Cooper's claim that by Silent Weapons was already in the possession of Naval Intelligence by 1969 IS IMPOSSIBLE because Silent Weapons would not be written for ten more years.

7. The version of Silent Weapons peddled by Deborah Tavares and William Cooper, which refers to the Illuminati, The Bilderberg Group, The Rockefeller Foundation and "Mayer Amshel Rothschild" (ALL OF THE GLOBAL ELITE, BY NAME) HAS BEEN ALTERED to fit the hoax because Van Dyke DID NOT NAME THE ELITE IN SILENT WEAPONS.

8. In 1996, Lyle Hartford Van Dyke went public on a radio show and announced himself as the author of Silent Weapons because he was concerned that otherwise, Silent Weapons would be used by charlatans for disinformation purposes (exactly as Deborah Tavares uses it today).

9. Lyle Hartford Van Dyke "signed" Silent Weapons as his work BY INCORPORATING AN ANAGRAM INTO ITS TEXT (a secret code reflecting the date of the Japanese attack on Pearl Harbor, his stated, written reason for writing Silent Weapons).

10. Lyle Hartford Van Dyke specifically stated that a critic's references to Silent Weapons as "THE ILLUMINATI BLUEPRINT HAVE ABSOLUTELY NO SIGNIFICANCE IN REFERENCE TO SWFQW [his actual words]...". Thus, the current references to the Illuminati which now appear in Silent Weapons were added AFTER Van Dyke published it.

12. And, to top it all off, Van Dyke TWICE stated in his letter to Paranoia that LEONARD C. LEWIN IS THE REAL AUTHOR OF "THE REPORT FROM IRON MOUNTAIN", thereby destroying Deborah Tavares' false claims that Iron Mountain is a secret government document which was written by a secret government committee and which was leaked to the public by an anonymous government "whistle blower". Thus, in Van Dyke’s letter to Paranoia, Van Dyke HIMSELF debunks two of Deborah Tavares’ most important hoaxes, Silent Weapons and The Report From Iron Mountain (and thereby killing two birds with one stone).

CONCLUSION: Silent Weapons and The Report From Iron Mountain are the underlying foundations for ALL of Deborah Tavares OTHER HOAXES about the planned extinction of mankind. If these two works were not written by the Bilderberg Group or by a secret committee of the U.S. government (and they were not, according to the actual authors themselves), then all of Deborah Tavares' claims about the planned extinction of mankind are lies.