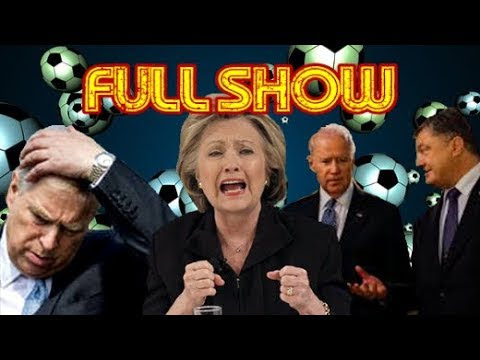 Vincent Vendetta wears the Guy Fawkes mask and uses the old voiceover software of Anonymous Hacktivist videos circa 2011 but his scripts are much more waggish and amusing.
Here, he gives us some fantastic updates on Hillary “Kill ‘Em All” Clinton, the Biden crime family and the latest Epstein victim, who’s being completely ignored by the corporate media. I strongly suspect that the House Democrats’ impeachment shenanigans are all about deflecting attention away from these stories.
Vendetta acknowledges the frustration among many with the slow wheels of justice but he has some good news, sure to put a smile on everyone’s face. He reads from an October 8th press release by the New Zealand Taxpayers’ Union:

We can reveal that the Government has halted its funding of Clinton Foundation subsidiary the ‘Clinton Health Access Initiative’ following nearly three years of campaigning on the issue by the Taxpayers’ Union.
New Zealand taxpayers, to date, have shovelled more than $10 million to the Clinton Health Access Initiative. Had the Government continued to make payments in accordance with the grant agreement, taxpayers would have been on the hook for millions more.
Soon after Hillary Clinton lost the Presidential election to Donald Trump, many western nations that were funding this diplomatic rort [fraudulent scheme] pulled out. Australia stopped its funding in late 2016, but New Zealand was one of the few to continue the claim that the funding was for genuine aid.
Taxpayers will celebrate the decision to finally stop using NZ Aid money to fund this scandal-plagued charity. So too will the nearly 7,000 Kiwis who signed our petition on the issue.

See the official Information Act response from the Ministry of Foreign Affairs.
Whoa. Does this shed some light on the relentlessly Globalist antics of Kiwi prime minister, Jacinda Ardern or what? She was giving millions of dollars of Kiwi taxpayer money to Hillary Clinton!

Vendetta crows, “If that doesn’t bring a little smirk, a smile to your face, I don’t know what will, as this is a major blow for the criminal family that is the Clintons, who are hemorrhaging financially when it comes to their human trafficking operation, the Clinton Foundation. Also, I can confirm that all their usual shipping ports that they used to cargo in new human slaves have now been, shall we say, dealt with.
“In other words, their pipelines are now all closed and if you’ve been watching this ever-so-extraordinary, rather strange and ridiculous but necessary channel, you will have seen me report about the Singh brothers, who were recently arrested in India, who are currently ratting out all things Clinton. Boom. Oh, yeah. The writing’s on the wall…”
V then proceeds with an equally piquant report relating to Joe and Hunter Biden and how their partner-in-crime, former Ukrainian President Petro Poroshenko is “planning his escape route”, as corruption investigations catch up with him.
Reports from Ukrainian news outlets say that ten large trucks were seen emptying Poroshenko’s lavish palace of his belongings and that his right-hand man, Oleg Gladkovskiy-Svinarchuk was just arrested on corruption charges by Ukraine’s national anti-corruption bureau. Another one of Poroshenko’s close confidants, billionaire Igor Kolomoyski has apparently run away and is in hiding abroad.
OANN reported on Monday that the Ukrainian government is now ready to cooperate with FBI about the previous regime’s laundering of hundreds of millions of IMF aid money and about the DNC’s attempts to cover this up.
V gloats, “It has been confirmed that investigations are well and truly underway by the Ukrainian special prosecutor’s office. This is really bad news for creepy Uncle Joe and his cocaine-snorting son, Hunter Biden, as Poroshenko was behind all the dirty dealings between the corrupt Obama administration and the Biden crime families’ corruption.”
V then gives a report that is being ignored by the corporate media in the US, that respected South African-born cellist, Melissa Solomon has come forward to say that starting when she was only 14 and over the course of 7 years, Epstein paid her very costly tuition at the Interlochen Center for the Arts at the Julliard School.
Towards the end of their association in 2003, Solomon said she learned that she was expected to encourage her attractive Juilliard classmates to meet Epstein. She also learned that she was perhaps being groomed for Prince Andrew.
Epstein’s madam/handler, Ghislaine Maxwell had asked Solomon to come to a party at his mansion one night to meet the Prince. When Solomon balked at going and bringing her friends, she was suddenly cut off and stuck with a $100,000 tuition bill.
V then launches into a philosophical diatribe about soccer hooliganism and human nature that I didn’t find particularly helpful but the first 16 and a half minutes are fire!