The world is experiencing a critical shortage of blood, first global count reveals 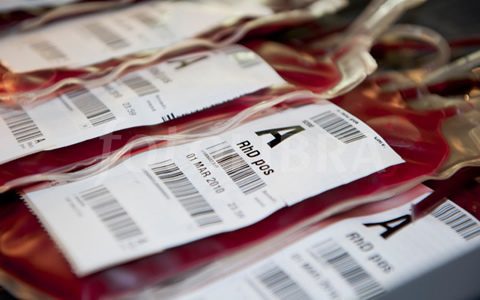 The world is experiencing a critical shortage of blood, first global count reveals

The global supply of blood for use in life-saving transfusions is insufficient to keep up with global demand, leaving most countries exposed to critical shortages, new research reveals.
The first detailed analysis on the global supply and demand of blood has found 119 out of 195 countries do not have enough in their banks to meet hospital needs.
Those nations, which include every country in central, eastern, and western sub-Saharan Africa, Oceania (not including Australasia), and south Asia, are missing roughly 102,359,632 units of blood, according to World Health Organisation (WHO) goals.
Blood transfusions are a pillar of modern medicine that save millions of lives every year. But in low- and middle-income countries, many hospital patients do not have access to a timely and safe supply.
Around the world, over 100 million units of blood are donated annually, and yet 42 percent of that is collected in high-income countries, which include less than 16 percent of the world's population.
In Africa, 38 countries collect fewer than WHO's goal of 10 donations per 1,000 people, and often test kits for blood-borne diseases are lacking.
"Other studies have focused on blood safety, such as the risk of transmitting infections such as HIV," says hematologist Christina Fitzmaurice from the University of Washington, "but ours is the first to identify where the most critical shortages lie, and therefore where the most work needs to be done by governments to increase donation, scale-up transfusion services, and develop alternatives."
Making an estimate on a scale like this inevitably comes with its limitations, and the authors acknowledge those of their study, including basing blood usage rates on US inpatient practices, which may underestimate true blood needs outside the US – especially in places where neglected tropical diseases, malaria, and maternal disorders are more common.
Nevertheless, these initial results give health experts a ballpark figure to work with, which will be crucial if we want to prepare for the future.
To estimate the total blood needs of any one country, the researchers estimated how many units of blood would be needed for 20 different medical conditions. Taking into account their prevalence by region, the team then estimated the gap between supply and demand in each one of these nations, ranking them accordingly.
Using data from the WHO Global Status Report on Blood Safety and a 2017 Global Burden of Disease study, their findings reveal that every single country needed more blood than the traditional goal set by WHO. And demand is only on the rise.
"As more people are able to access care in low and middle income countries, the demand for blood transfusions will increase further, and - without financial, structural and regulatory support - will widen the gap we've uncovered between global supply and demand of blood," says Meghan Delaney from the Children's National Hospital in Washington DC.
Even now, the gap is far too large. While total blood supply around the world was estimated to be around 272 million units, in 2017, demand reached 303 million units. That means the world was lacking 30 million units of blood, and in the 119 countries with insufficient supply, that shortfall reached 100 million units.
"If you look at a high-income country like the US, oncology would be a major user of transfusion," Evan Bloch, a pathologist at Johns Hopkins University who was not involved in the study, told NPR.
"But what's happening [in lower-income countries] is they simply don't have the capacity to manage the bulk of oncology. You can't do complex surgeries."
Percentage-wise, South Sudan was found to have the lowest supply of blood, at 46 units per 100,000 people. In fact, the country's need for blood was deemed 75 times greater than its supply.
In India, which had the largest absolute shortage, there was a shortfall of nearly 41 million units, with demand outstripping supply by over 400 percent.
"Strategic investments are needed in many low-income and middle-income countries to expand national transfusion services, blood management systems, and alternatives to blood transfusions," the authors conclude.
"There is a large unmet need for more government support, financially, structurally, and through establishment of a regulatory oversight to ensure supply, quality, and safety."
The research was published in The Lancet.