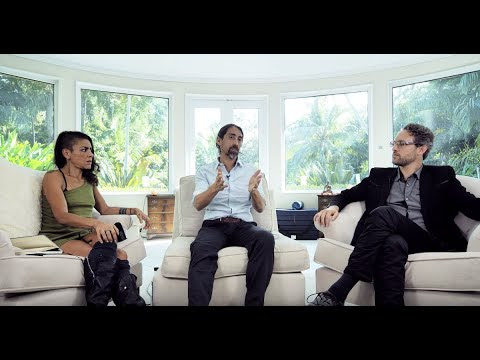 Google censorship is among the most pernicious things happening in our world today.
This is an important conversation between GreenMedInfo publisher, Sayer Ji, Google whistleblower, Zach Vorhies and filmmaker, Maryam Henein about how Google is destroying the livelihoods of those in the alternative media and in the natural health space.
Google’s status as a bad faith actor in Big Tech is not unique. Last May, the mass emailing service MailChimp de-platformed Sayer Ji a week before they also de-platformed me and thousands of others, without any warning or recourse. In my case, they told me I’d violated their terms of service but refused to show me how I’d violated.
After a ten-year business relationship in which Sayer paid MailChimp upwards of $3,000 per month, the latter booted him due to his “antivax” content. He later learned Atlanta-based MailChimp is a foundation partner at the Centers for Disease Control (CDC). From one day to the next, MailChimp became viciously intolerant of any questions raised about vaccine safety.
WAR ON “FAKE NEWS”
Zach Vorhies, who worked at Google as a software engineer for 8 years says Big Tech tyranny started in earnest following the election of Donald Trump, with the clampdown ordered by Hillary and David Brock on so-called “Fake News”.

Big Tech censorship is inextricably linked to the rolling Trump coup/psychological operation that’s been deployed at us for the past 3 years by the Globalist banksters and their minions within the corrupt establishment.
Google set upon implementing an “authoritativeness score”. Zach says, “When people do searches, they see the Wall Street Journal, CNN, MSNBC at the top and they’re wondering, ‘Why is this happening?’ It’s because of this authoritativeness score.
“So the question is, if this authoritativeness score exists for the news organizations, are there other places where this is being utilized?
WAR ON HEALTH FREEDOM ADVOCATES
“What’s been really clear is that in 2019, especially there was a ramp-up in the rhetoric against people that were vaccine-skeptic. They were being demonized. What Self-Hacked reported very recently was that all alternative or independent health articles were being de-ranked…
“With Mercola, it was a 99% drop. [It went from] almost 2 million unique views a month…then it dropped down to like less than somewhere around 10,000…
“Google is assigning authoritativeness to the Big Pharma articles and they’re assigning sort of a trashy, ‘Fake News’ label to anything else that opposes that.”
CENSORSHIP TECH
Sayer says, “For me, the big reveal and shock was knowing that there isn’t a lot of objective algorithmic processing going on, that there’s so much programmed bias…we were targeted manually…certain brands, Mercola, Josh Axe, just just completely wiped off the map, because of a human decision.”
Zach says, “Before Machine Learning Fairness kicked into high gear, they were doing censorship the old-fashioned way, which was to create blacklists.
“Google was saying publicly and under oath, ‘We don’t have blacklists. We don’t have blacklists!’
“I did a search for blacklist and I literally found the blacklist files that were named “Blacklist”, okay? That’s how brazen they were with their deception to the American people and to their under-oath testimony…
“[Then] they did this internal message, ‘Blacklist is racist,’ so they renamed them to ‘Exclusion Lists’! (Laughter).
“Then, Machine Learning Fairness started to come in…unlike a regular algorithm that’s written in Python or C++ [programming languages]…I could analyze it, line by line and could get an idea of what’s what’s going on…with machine learning, you have no idea what’s going on…there’s just a bunch of neuronets that are simulating brain neurons…
“If you were to subpoena them in court and get the details of their neural network, you would still have no idea what it does.”
CHINESE SOCIAL CREDIT IS ALREADY HERE
“The reason why I resigned was because I did not feel comfortable working at a company that was clearly engaging in election interference in the United States and abroad and was engaging in health censorship and engaging in censorship of all these other different voices…
“Every day, I would look in the mirror with sort of disgust because I was like, ‘I am part of this evil system. I’m taking money from it in order to live a really comfortable, great life; live in a really great area, really great food and there’s these people that are suffering because they can’t find adequate health information, because Google’s standing in between them and the data they’re trying to access, acting as an unelected gatekeeper.'”
Sayer speaks to the psychological stress this has caused. “My mission was always to disseminate, as widely as possible the evidence that already exists supporting natural medicine in the peer-reviewed literature. When they started to interfere, I start to feel targeted.”
Online publishers in the alternative media already know what life would be like with a Chinese-style social credit system and I, for one will do all I can to stop it.