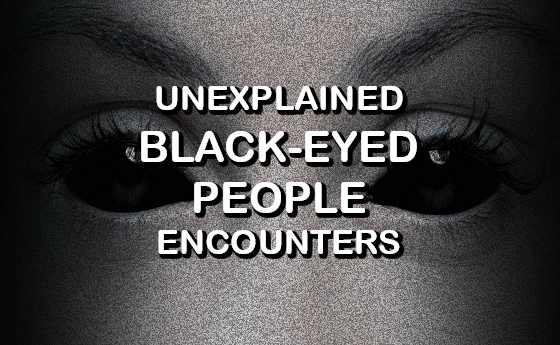 I'm a 26 year old mom/wife and I work at a theater in Tennessee. I actually drive an hour to work because I love living in Knoxville, but the theater I work at is a big tourist destination in Pigeon Forge. Anyway, this happened to me about 3 years ago at work. Because we have so many tourists, we have a timeshare booth that guests can visit. Annoying, I know. They have their own employees, and a lot of them rotate in and out or quit soon after because the job sucks.

I was working night shift and we were about an hour away from seating the show. I was a clerk at this time, (I'm a manager now), and I was on my way back from break. I am approaching the ticket counter to go into the staff entrance, and I notice this super tall, super skinny woman was talking to my co-worker. I'm 4'11", so a lot of people seem tall to me, but this lady had to be pushing 6'. I noticed that my co-worker looked uncomfortable, so I stopped to see if everything was OK. I walked up to the window, and this lady immediately turns around to face me. I stopped dead in my tracks, and my heart skipped a beat. She had what looked like solid black, watery eyes. They were the normal shape and everything, a little smaller than mine, but I couldn't see any white at all.

I immediately understood why my friend seemed so uneasy. I also noticed that this woman had the timeshare uniform on, and she looked very professional. She had reddish/blondish hair that was very dried out, like she had damaged it in some way. She smiled at me and started talking. The look she gave me was very predatory, kind of like a shark. That's how it made me feel, anyway. She said, "Wow you must have to be super attractive to work here because you are beautiful." Then she smiled at me some more, never looking away. I didn't know what to say to her, so I just excused myself and went in the office.

I felt very shaken, especially because she continued watching me until I was out of sight. I had just learned about black eyed kids, but I had never heard of a black eyed adult. I approached my friend and asked her if she had ever heard of the black eyed kids. She said she had but didn't say much else after that. I didn't see the woman for the rest of my shift.

I got off work around 11 pm, so the parking lot was clear other than a few random cars when I left. It was dark, but there are several lights in the parking lot, so I don't usually get nervous going to my car alone. I couldn't believe what I saw when I got outside, however. There she was again, but this time she was with a group of her fellow employees just gathered around a single car at the beginning of the lot. I passed them, and they all immediately looked at me. She was the only one with black eyes, but they were dead silent, and they all turned their heads together to watch me walk to my car, get in, and drive away. She never stopped smiling at me, and they never stopped looking at me until I turned onto the main road. I never saw them actually talk to each other.

This experience has been on my mind ever since, and I don't know what to make of it. I haven't seen the woman since. F

This account involves my Aunt Rose in Medford, Oregon. One day she gets the knock at the door and it's two little girls, dressed like 'Little House on the Prairie' and they've got an antique baby buggy with little dolls in it. My Aunt Rose asked the girls if they were okay, and they asked for water to drink. My Aunt Rose ASKED THEM IF THEY WANTED TO COME INSIDE! They said no, could they just have some water to drink. So she goes back inside, grabs two bottles of water from the fridge, returns and gives them the water bottles. The girls then proceed to guzzle the water like hungry wolves. My aunt turns from the baby buggy, where she was doting on the dolls, and sees them doing this, tells them they can just take the water with them, and that surprises the girls greatly. They say okay and wander back down the long driveway from my aunt's house. My aunt closes the door, then thinks "those girls could have been angels," reopens the door and they are gone, just gone. And this is a long driveway too, quite unlike other houses on that street. She asked around the neighborhood after that and nobody knew of the girls or had seen them. I asked her if she knew what Black Eyed Kids were, and she said no. I asked if their eyes were normal and she said no, they were all black. BD

My mom owns a salon in Philadelphia suburbia Pennsylvania. I have been working for her since she opened and am usually with her Wednesday's through Saturday. Ever Saturday we have an older woman come in we will call her Ethel. Ethel usually washes her own hair and sets it then come in to have it teased. It's literally a $4 service and seems weird but she there every week for the same thing. I've never gotten a weird vibe from her and have spent years talking to this woman.

So a few years ago I left work early with her closing up the day. I felt safe knowing mom had only one more client and it would be no big deal. She's only there for a max of 10 minutes. As I get home I get a call from my mom shaken up but not terrified.

She goes on to tell me that as she was doing Ethel's hair, then she uncharacteristically turned around and looked at my mom. When their eyes met she said they were completely black. No whites at all. She slowly turned back around and as mom looked into the mirror her eyes were normal again.

It hasn't happened again it this was the first time I heard of it. And I honestly dismissed it for the most part until I came across humanoid encounters that led me here.

Now I believe I'll will stay late just to see Ethel and speak with her. FF