OUT OF MIND » THE INSANITY OF REALITY » GOVERNMENTS & THE NEW WORLD ORDER » The Targeted Destruction of Abel Danger: Field McConnell Predator or Prey? 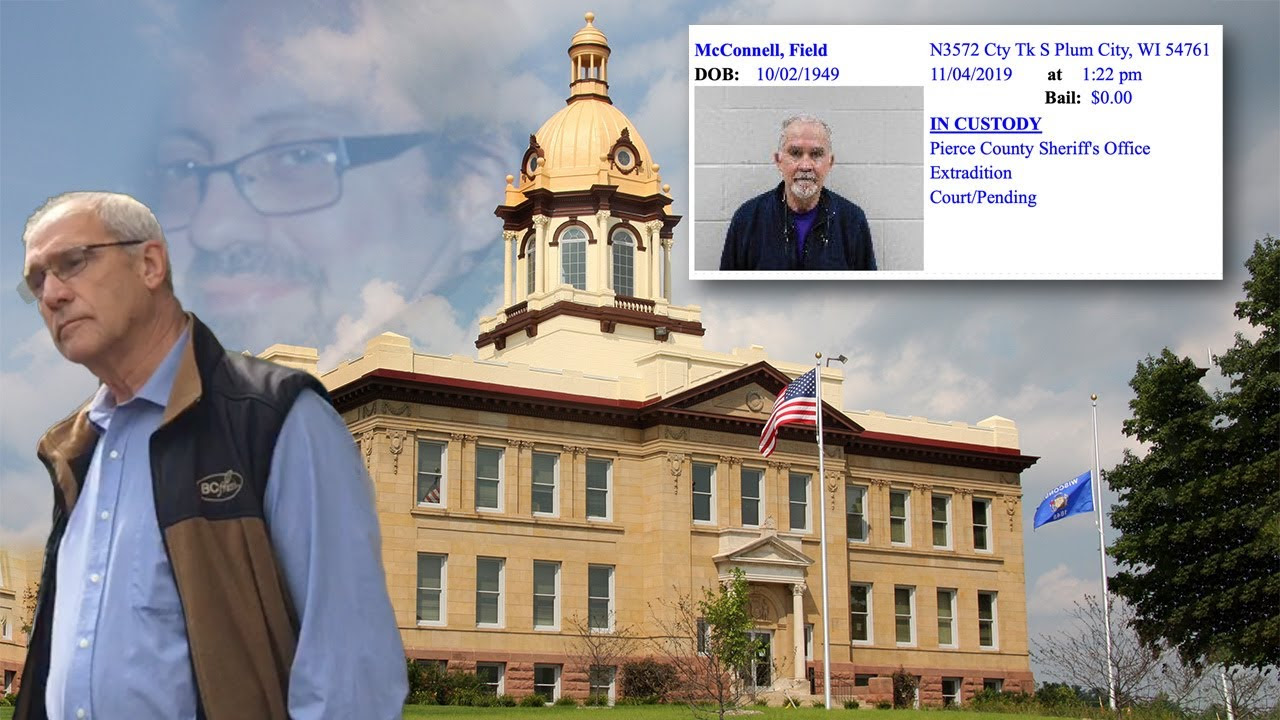 Field McConnell, a career military and commercial pilot, a figure in the 9/11 truth community and co-founder of the alternative news website, Abel Danger was arrested on Monday in Wisconsin, where he resides. He’s awaiting extradition to Broward County, Florida, where he will be held without bail on three felony charges until trial, which could mean several months.
According to State of the Nation (SOTN), McConnell had been housing investigative reporter, Timothy Holmseth and the two had been working to expose the “legal muscle” behind the global child exploitation and pedophilia blackmail operation headquartered in Broward County of which Jeffrey Epstein was a part.
SOTN writes, “Not only was Holmseth onto the Epstein deep back story where it concerned high-profile Florida child kidnappings and killings Pedogate-style, such as the Caylee Anthony murder (Orlando, FL) and Haleigh Cummings kidnapping (Putnam County, FL), he was also onto the highly-organized Broward County child exploitation ring…
“What Field also knew was that the Florida franchise connected directly to the Clintons, the Obamas, the Bidens, the Podestas, and many other Democrat VIPs as well as to Epstein and Company. State Senator Lauren Book is a key player in this Broward operation, especially where it concerns passing critical legislation in Tallahassee…”
Field’s former associate, David Hawkins joins Jason Goodman on Crowdsource the Truth to make sense of it all.
Jason says that details of Field’s arrest aren’t clear. Apparently, he violated a court order, possibly a temporary restraining order in connection with broadcasting on the topic of a Broward County attorney, Kim Picazio. The latter has been in a legal dispute for 10 years with Timothy Holmseth, who remains at large.
It appears that Picazio obtained a court order to prevent Field from broadcasting about her over the Internet. Jason says, “Even if that court order was obtained through…fraudulent allegations…once the order is in place, it is a very poor decision to defy the court order, because it opens up the door for the police to come and arrest you and charge you with defying the court order, the consequences of which are going to jail.”
David Hawkins explains how the website he founded with Field McConnell in 2006 was named after the Able Danger data mining project, allegedly set up by the Chairman of the Joint Chiefs of Staff, General Henry Shelton.
Over time, David began to wonder whether Able Danger “was a trap or you might call it a sandbox into which people who might have a valid line of inquiry that would expose the conspirators behind 9/11 could be seduced, if you will and they’re neutralized.
“And of course, there’s a variety of ways of neutralizing people. You can kill them but that might be a little clumsy. You can bankrupt them, you can put them in jail, right? Etcetera, etc…
“So, I think the idea of a sandbox being created and called Able Danger to attract people like me, perhaps Field McConnell and people like you into the sandbox, where we can be surveilled and watched, not necessarily on a hourly basis but to see if any of the writings that I developed at Abel Danger – spelled A-B-E-L would lead them to suspect that I was getting closer to the real conspirators behind 9/11 – and move in some way to neutralize them.
“So, I think they’ve hijacked and sabotaged the Abel Danger I created for cloud-centric crime-scene investigation.
David goes on to describe some of the agents of this “sandbox” and it includes many of the same figures, entities and technologies that we find in the Epstein saga.
“I would like to know the entire circumstances that led Field to believe he could make these kinds of statements in violation of a court order and whether or not he was coerced or tricked into making them…it’s such a blindly stupid error, to make those kind of comments and then repeat them against a court order, there is something else at play…”
SOTN echoes these thoughts and adds, “Such an arrest, given the flakiness of the charges in the context of today’s utterly lawless cyber-space, must be to some extent for the impactful effect(s) on the Alt Media space. Clearly, the attorney who triggered these warrants — Kim Picazio — has a reputation for using the law to strong-arm anyone who crosses her. Such abuse of the legal system occurs regularly in dark blue Broward County…
“Because Field McConnell is quite well-known throughout the Alt Media space, the severity of this arrest and detainment without bond will reverberate loudly among the many truth writers and speakers. The NWO perps who are pushing this malicious prosecution aim to intimidate every alternative new website on the Net. The truth will not be tolerated where it concerns such topics as Pedogate.”

OUT OF MIND » THE INSANITY OF REALITY » GOVERNMENTS & THE NEW WORLD ORDER » The Targeted Destruction of Abel Danger: Field McConnell Predator or Prey?