45 POPULATION CONTROL QUOTES THAT SHOW THE ELITE ARE QUITE EAGER TO REDUCE THE NUMBER OF PEOPLE ON THE PLANET Thu Nov 07, 2019 9:58 am 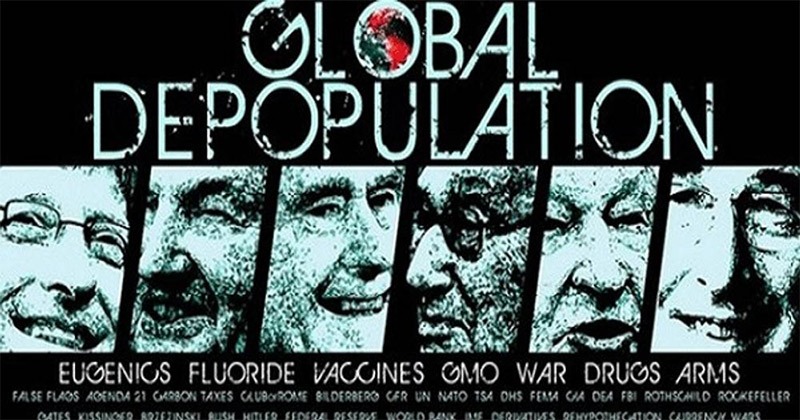 Source: Michael Snyder | End Of The American Dream
At one time, the elite at least attempted to conceal their boundless enthusiasm for population control from the general public, but now they aren’t even trying to hide it anymore.
On Tuesday, an alarming new study that advocates global population control as one of the solutions to the “climate emergency” that we are facing was published in the journal BioScience.  This document has already been signed by 11,258 scientists from 153 different countries, and it openly calls for a reduction in the human population of our planet.  This has always been the endgame for the climate change cult, but now a big push is being made to make the public believe that there is a “scientific consensus” that this is necessary.
You can find a summary of the report here, and I would very much encourage you to read it, because it is essentially a blueprint for where the elite intend to take humanity in the years ahead.
But in order to achieve their goals, first they are going to have to convince us that planetary disaster is imminent, and in this study the authors boldly tell us “that planet Earth is facing a climate emergency”…

Scientists have a moral obligation to clearly warn humanity of any catastrophic threat and to “tell it like it is.” On the basis of this obligation and the graphical indicators presented below, we declare, with more than 11,000 scientist signatories from around the world, clearly and unequivocally that planet Earth is facing a climate emergency.

The letter focuses on six key objectives: replacing fossil fuels; cutting pollutants like methane and soot; restoring and protecting ecosystems; eating less meat; converting the economy to one that is carbon-free and stabilising population growth.

Still increasing by roughly 80 million people per year, or more than 200,000 per day (figure 1a–b), the world population must be stabilized—and, ideally, gradually reduced—within a framework that ensures social integrity. There are proven and effective policies that strengthen human rights while lowering fertility rates and lessening the impacts of population growth on GHG emissions and biodiversity loss. These policies make family-planning services available to all people, remove barriers to their access and achieve full gender equity, including primary and secondary education as a global norm for all, especially girls and young women (Bongaarts and O’Neill 2018).

But if humans are the primary driver of climate change, and if we only have about 12 years before we reach the point of no return as Alexandria Ocasio-Cortez has suggested, will a “gradual” reduction of the human population really be enough to satisfy the climate change zealots?