End of the world?? - Why 900-year-old prophecy claims Pope Francis will mark doomsday

End of the world?- Why 900-year-old prophecy claims Pope Francis will mark doomsday


THE end of the world was forecasted almost 900 years ago by an Irish Saint, who some believe claimed there would be only one more Pope after Benedict XVI.

Saint Malachy was the Archbishop of Armagh, to whom several miracles were attributed to in the 12th century. In 1139, Malachy went to Rome from Ireland to give an account of his affairs, when he reportedly received a strange vision about the future, including the names of 112 future Popes. His predictions are taken seriously by many Christians and according to reports “In 1958, before the Conclave that would elect Pope John XXIII, Cardinal Spellman of New York hired a boat, filled it with sheep and sailed up and down the Tiber River”.This was to show he was “pastor et nautor,” or “pastor and sailor” the motto attributed to the next pope in the prophecies.
As for the prophecy concerning the 111th pope, Pope Benedict XVI, the prophecy says of him, “Gloria Olivae,” which means “the glory of the Olive”.
The Order of Saint Benedict is also known as the Olivetans, which many claims make Malachy’s prophecies correct.
However, his prediction for the 112th and current pope, Francis, is far more chilling. 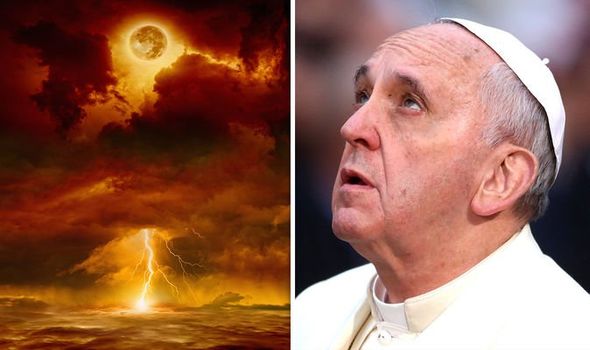 Pope Francis could see the end of the world (Image: GETTY) 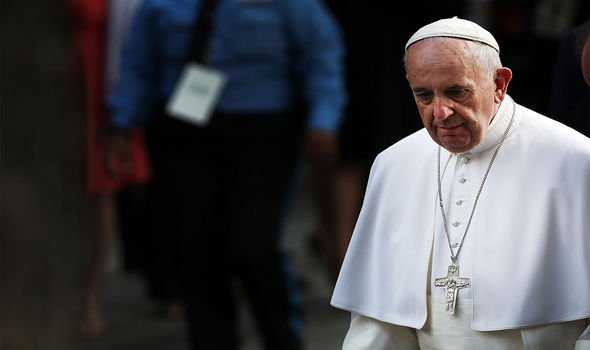 Pope Francis is the 112th leader of the church (Image: GETTY)

It reads: “In the final persecution of the Holy Roman Church there will reign Peter the Roman, who will feed his flock amid many tribulations, after which the seven-hilled city will be destroyed and the dreadful Judge will judge the people. The End.”
The father of the current pope was Pietro, or Peter, and was from Italy even though the family moved to Argentina.
The prophecy of the popes was first published by Benedictine monk Arnold Wion in 1595, attributing the claims to Malachy.
Given the very accurate description of popes up to around 1590 and lack of accuracy for the popes that follow, historians generally conclude that the alleged prophecy is a fabrication written shortly before publication.
One theory to explain the prophecy’s creation put forward by 17th-century French priest Louis Moreri, is that it was spread by Cardinal Girolamo Simoncelli in support of his own bid to become pope during the 1590 conclave to replace Urban VII.
READ MORE: How Nostradamus ‘confession’ for final Armageddon was discovered 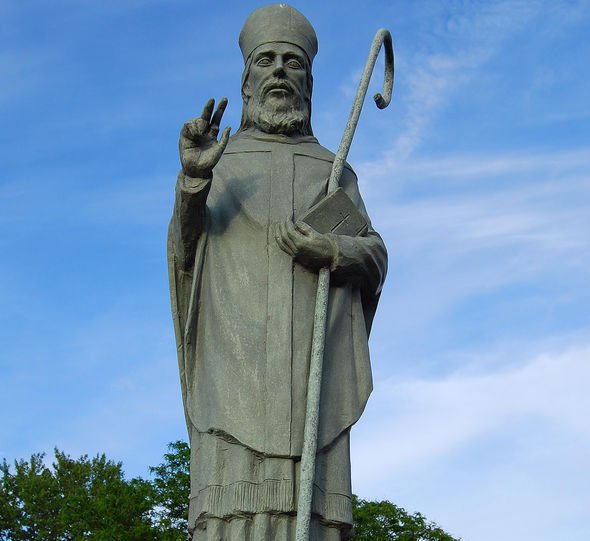 Saint Malachy was the Archbishop of Armagh (Image: GETTY)
In the prophecy, the pope following Urban VII is given the description “Ex antiquitate Urbis” or ”from the old city”, and Simoncelli was from Orvieto, which in Latin is Urbevetanum, old city.
Moreri and others proposed the prophecy was created in an unsuccessful attempt to demonstrate that Simoncelli was destined to be pope.
It is not the only piece of ancient text that is said to read the future, though.
Many have also claimed Nostradamus – a French astrologer, physician and foreseer – predicted the end of the world in his “Les Propheties”.
The Science Channel’s “Nostradamus Decoded” claimed he made a reference to Armageddon in the preface of his famous text.