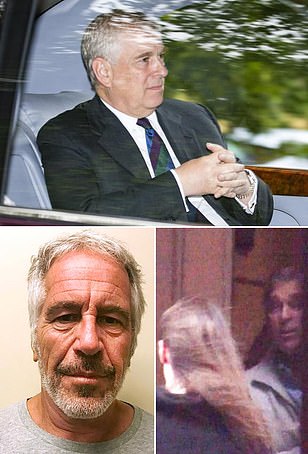 Prince Andrew's high profile interview with the BBC on his friendship with convicted sex offender Jeffrey Epstein appears to have fallen flat. The second son of Queen Elizabeth II gave a wooden display in which he denied sleeping with Virginia Roberts, one of Epstein’s alleged teenaged sex slaves. And by Sunday morning, there was no doubt where the public's sympathies lay. His appearance was met with almost immediate backlash and criticism.

In this digital age historical newspaper reports are easier than ever to access.

It would be a matter of public record with any local paper that a senior Royal was visiting a local everyday business such as this Pizza place.

He is quite right, walking into one of these places is something he would not be doing often, if at all.

There will be security and police records that match this date and occasion.
If there are not any to be found then there will be uncomfortable questions.

What is not said here is this is someone who has lived his entire life surrounded by yes men. It does appear that some of his advisers quit over this decision to speak to the state mouthpiece and his daughters movements along with his own can be historically verified....or not as the case may be.

Imagine if you can the immense sense of privilege and entitlement this man was born into, his life is in many respects no different in terms of attracting all sorts of flunkies than it would have been 100 years ago.

That the Palace seem to have failed in protecting one of their own from modern media intrusion and bad decision making regarding who to associate with is not entirely believable.

There is previous form for the opposite though when the relationship to one James Saville is spoken of.

Andrew, is he a guilty party to Epsteins abuse? or is he someone caught up in bad vetting by staff?

Also, the accuser states she met him in London when she was 17.....the age of consent here is 16.

Unless there is more to this than her taking money for being in Andrews company she has no legal redress at all and at the furthest edge of reality could be accused of prostitution.

There is this kind of memes circulating. Also a number of pics of him in the doorway of Epstein's Manhattan place

Thanks for chiming in bs4! I was hoping you would. Keep us posted!

The Duchess of York has admitted that her former husband arranged for a convicted paedophile to pay off her debts. Prince Andrew, the Duke of York (left) and his former wife Sarah Ferguson, the Duchess of York. Photo: AFP/REX


In her only interview since the scandal she confirmed that the Duke of York handled the negotiations, as first revealed by The Daily Telegraph.
She said that his office arranged for Jeffrey Epstein to give £15,000 to her former personal assistant, Johnny O'Sullivan, and apologised for a "gigantic error of judgment".
She said: "I personally, on behalf of myself, deeply regret that Jeffrey Epstein became involved in any way with me. I abhor paedophilia and any sexual abuse of children and know that this was a gigantic error of judgment on my behalf.
"I am just so contrite I cannot say. Whenever I can I will repay the money and will have nothing ever to do with Jeffrey Epstein ever again."
The revelation of the Duke's direct role in arranging the payment is likely to intensify pressure on him to step down from his role as trade ambassador.

Mr O'Sullivan was owed £78,000 in unpaid wages and other bills. After hearing about the Duchess's financial plight Epstein stepped in and discussed the affair directly with the Duke's office and then Mr O'Sullivan.
He accepted £15,000 which then allowed a wider restructuring of Sarah's £5 million debts to take place.
The Duchess said: "The Duke sorted out my debts and he and his office have been more than marvellous.
"I cannot state more strongly that I know a terrible, terrible error of judgment was made, my having anything do with Jeffrey Epstein. What he did was wrong and for which he was rightly jailed.
"I had no idea of the string of other allegations and court cases against him and I am distraught that I should have allowed myself to get out of debt with any help from him when my judgment was clouded.
"Once again my errors have compounded and rebounded and also inadvertently impacted on the man I admire most in the world, the Duke.
"He has supported me and come to my rescue again and again and there is absolutely nothing that I would not do for him.
"This make it even more painful for me that what happened has been used by people to make his life more difficult."
This morning David Cameron's official spokesman said that the Prime Minster still has "full confidence" in the Duke as trade envoy, despite reports that his position is under review.
Later, the Duke visited the Canary Wharf offices of the Crossrail project, where he was confronted by dozens of waiting photographers and journalists.
He smiled as he stepped from his chauffeur-driven Bentley, which had a personalised number plate ending in D0Y - for Duke of York.
As he was greeted by Crossrail chairman Terry Morgan, the Duke did not respond as a member of the press shouted: "Are you an embarrassment to the Royal Family?"

This may well be the understatement of the year.

Now this woman is involved and the reason given it will get more choked at each stage.

I didn't know Ferguson was in this debacle but am not surprised as money was involved, she has form for that as well, offering to sell time with Andrew to uncover journo's.

Now here is a relevant point Ferguson had her hand out again, Andrew is a senior is which wealthy family?

The amount mentioned above is well within his pocket.