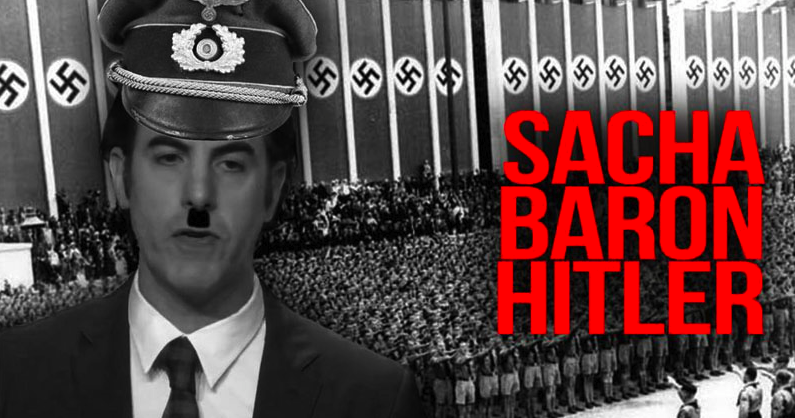 Last week, the Anti-Defamation League (ADL) bestowed their latest censorship award on comedian, Sacha Baron Cohen, who accepted it in his first-ever public appearance as himself and not in character, as one of his on-screen personas.
What a shock, to discover that Cohen’s real self is a Globalist demagogue! The comedian called for a “purge” of all non ADL-approved online speech and for the arrest Big Tech heads who don’t comply. Was that a joke?
Cohen reserved particular ire for Facebook’s Mark Zuckerberg. The latter had recently made statements that he didn’t feel it was the responsibility of Facebook to censor political speech. Zuckerberg said this, despite having ramped-up Facebook’s censorship algorithms of late.
Zuckerberg’s heresy was not to be tolerated. Cohen brought out that old chestnut about how $5k in Facebook ads paid for by Russian nationals had caused the Trump presidency.
Right. Two Russians allegedly influenced the 2016 election, while the Cabal’s criminal media complex has been gang-slandering Trump non-stop for three years as a white supremacist, neo-Nazi, Hitler, Putin puppet, fascist dictator, KGB spy.
ADL’s Silicon Valley Anti-Cyberhate Working Group includes representatives from all the tech giants. ADL is the main contractor in YouTube’s Trusted Flagger program and ADL’s hate specs are programmed into the machine learning algorithms of all the social media giants.
The ADL has caused Big Tech de-platform tens of thousands of users over the past couple of years but it’s not enough. We’ll soon see where they’re going.
YouTube’s new terms of service come into effect on December 10th, just in time for the December 11th release of Michael Horowitz’ IG Report and his testimony before the Senate Intelligence Committee.
This is about the 2020 election and a total clampdown on the narrative going forward. YouTube has warned its users that they may delete any channels not deemed “commercially viable”. Having already demonetized millions of channels, how could these ever become commercially viable?
Whose the boss? Big Tech or the ADL? Dr. John Coleman mentioned ADL several times in his 1991 book, The Conspirator’s Hierarchy: The Committee of 300:
“The Anti-Defamation League is an outright British intelligence operation run by all three branches of British intelligence, that is, MI6 and the JIO…Let nobody underestimate the power of the ADL, nor its long reach…The ADL has an open door to the State Department and makes good use of State’s impressive intelligence agency…
“The ADL is a British intelligence operation founded in the US by MI6 and run by Saul Steinberg and Eric Trist of Tavistock. Saul Steinberg is the US representative and business partner of the Jacob de Rothschild family of London…[ADL is] a joint FBI-British intelligence operation designed to single out right wing groups and their leaders and put them out of business before they grow too large and too influential.”
Alex Jones is one such person, who has been de-personed and de-banked throughout the Internet except for on his own domains. He says, “International corporations, allied with the Communist Chinese and the rabid, anti-Free Speech Left are making their move on American Free Speech.”