OUT OF MIND » MOTHER NATURE » SCIENCE & TECHNOLOGY » Optogenetics and your brain: researchers study the therapeutic potential of light

Optogenetics and your brain: researchers study the therapeutic potential of light

Optogenetics and your brain: researchers study the therapeutic potential of light Tue Nov 26, 2019 12:36 am

Optogenetics and your brain: researchers study the therapeutic potential of light

Can light restore vision to blind people and help treat paralysis in patients with Parkinson’s disease? German researchers have recently examined the possibility of stimulating light-sensitive proteins to achieve therapeutic effects on various health conditions.
Optogenetics is a technique that manages processes in the brain through light-based stimulation. It achieves its effects through light-controlled proteins like channelrhodopsin-2, which activate when they come into contact with photons.
Channelrhodopsin-2 serves as an ion channel for the cellular membrane of unicellular green algae. It and other similar proteins serve as a mix of gate and gatekeeper for the cell – they determine whether or not an ion may pass through the layer.
In the presence of sufficient photons, light-controlled ion channels unlock the gate to the cell. Ions pass through the open channel and get used in vital cellular processes such as photosynthesis.
“It is feasible that light might be used to make blind people see or to treat agitated paralysis in Parkinson’s patients,” remarked Ruhr-University Bochum (RUB) researcher Klaus Gerwert. He served as an author of the study.
How does channelrhodopsin-2 achieve the effects needed for optogenetic therapy? 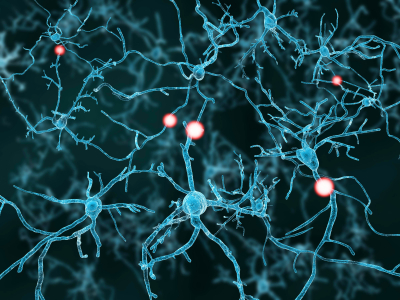 Gerwert, his RUB colleagues, and their counterparts at Humboldt University of Berlin (HU) investigated how channelrhodopsin-2 functions when getting stimulated by light. They learned much about its mode of action.
Discovered by Max Planck Institute of Biophysics researcher Peter Hegemann and discussed in a 2003 study, channelrhodopsin-2 is a “directly light-gated cation-selective membrane channel.” It responds to direct exposure to light and decides whether or not a cation – an ion with a positive charge – may enter the cell.
Channelrhodopsin-2 is the linchpin of optogenetics. Researchers believe it is possible to attach this light-controlled protein to a nerve cell, thereby allowing them to control the neuron.
Once channelrodopsin-2 is hooked up to a neuron, it gets activated by shining a light on it. The light-controlled protein opens the ion channels of the cell membrane.
The influx of cations through the open ion channel will activate processes inside the cell.
While experts knew the ion channel would open, they didn’t know the specifics behind channelrodopsin-2’s activation. That prevented them from getting the protein to achieve specific effects.
“But it is precisely the understanding of the molecular reactions in the protein and of the ionic conductivity resulting thereof that is essential for optimising the protein for its potential applications,” explained Gerwert.
The longer the light stimulation, the less effective channelrodopsin-2 becomes
The RUB and HU researchers used several methods to determine the details behind the activation of the channelrodopsin-2 ion channel. To observe the process, they used Fourier transform infrared spectroscopy and gathered data over different intervals of time.
Next, they ran computer simulations of the biomolecules. Finally, they performed electrophysiological tests.
Their experimental results showed that light stimulation activated two parallel paths in channelrodopsin-2. One of these structures activated the ion channel and produced the effect desired by optogenetics.
The other path generated a weak stream of protons. Over increasing periods of exposure to light, this parallel structure grew stronger until it eventually displaced the channel activation.
When that happened, channelrodopsin-2 began to lose its ability to keep the channel open for cations. If it was attached to a neuron, the sudden decrease in the supply of ions would weaken the activity of the cell.
For their latest study, the RUB researchers drew from their earlier investigation of light-driven proton pump bacteriorhodopsin. Not only did they uncover the mode of activation of the bacterial molecule, but they also found similarities between it and channelrhodopsin-2.

OUT OF MIND » MOTHER NATURE » SCIENCE & TECHNOLOGY » Optogenetics and your brain: researchers study the therapeutic potential of light